I would like to know why batteries act they way they do. Let's say we have 2 batteries, both 5V.

When we connect one batteries + to the other batteries -, we get what is called "series" connection, which would result in 10V total voltage.

If voltage is a difference of potentials, and we connect one batteries + to other batteries -, shouldn't the voltage between them be 0V, due to the fact that charge would flow to the anode of the other battery? 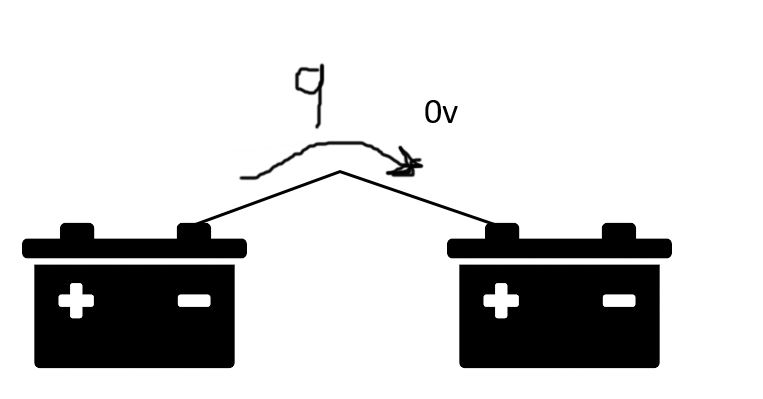 I am asking because if you connect the same battery's + and -, huge current flows and shorts the battery. Why doesn't this happen, when you connect one battery's + to others -? I feel like I am missing some major point here. 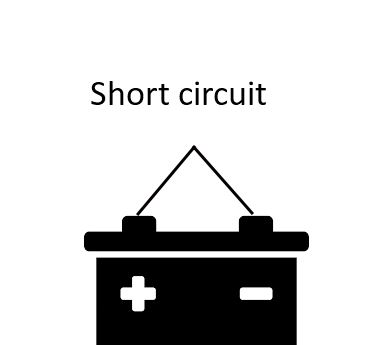 A battery is simply a source of power or force.

You can think of an electric circuit like a locomotive pulling a train of carriages around a circular track, where the back of the train loops back to be coupled to the front of the locomotive. 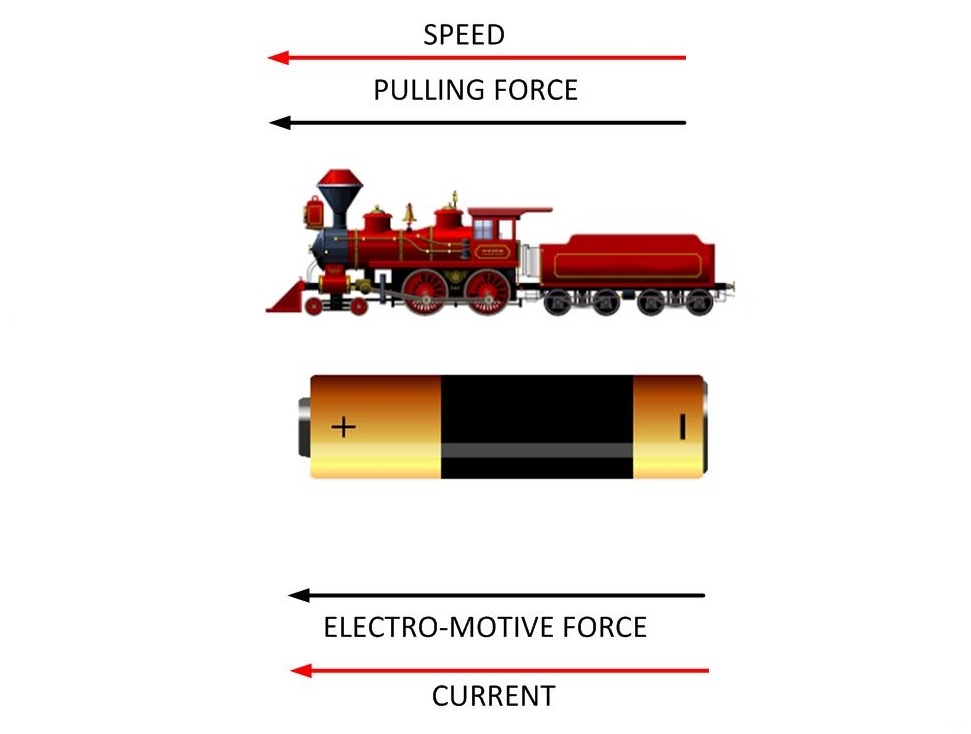 When in a closed track the locomotive will use it's pulling force to pull the carriages around that track. How fast the train will turn is dictated by the resistance (friction) of the train.

In an electric circuit the battery produces an electro-motive force, EMF, voltage that pulls electrons round the circuit. How fast those electrons move, the current, is dictated by the resistance of the circuit.

How many carriages a locomotive can pull, or how fast it can go with a given load, is limited by the torque, pulling force, the locomotive can exert. If you want to want to pull a longer train, you need to add more locomotives.

Similarly, How much load you can drive, or how much current you can put through a given load, is limited by the EMF of the battery. If you want to want to pull more current, or drive the load harder, you need to add more batteries.

Of course, as you are no doubt aware, electrons go the opposite way, that is from negative to positive, but this model still works, just consider the train does not move but the track does instead, rotating backwards. 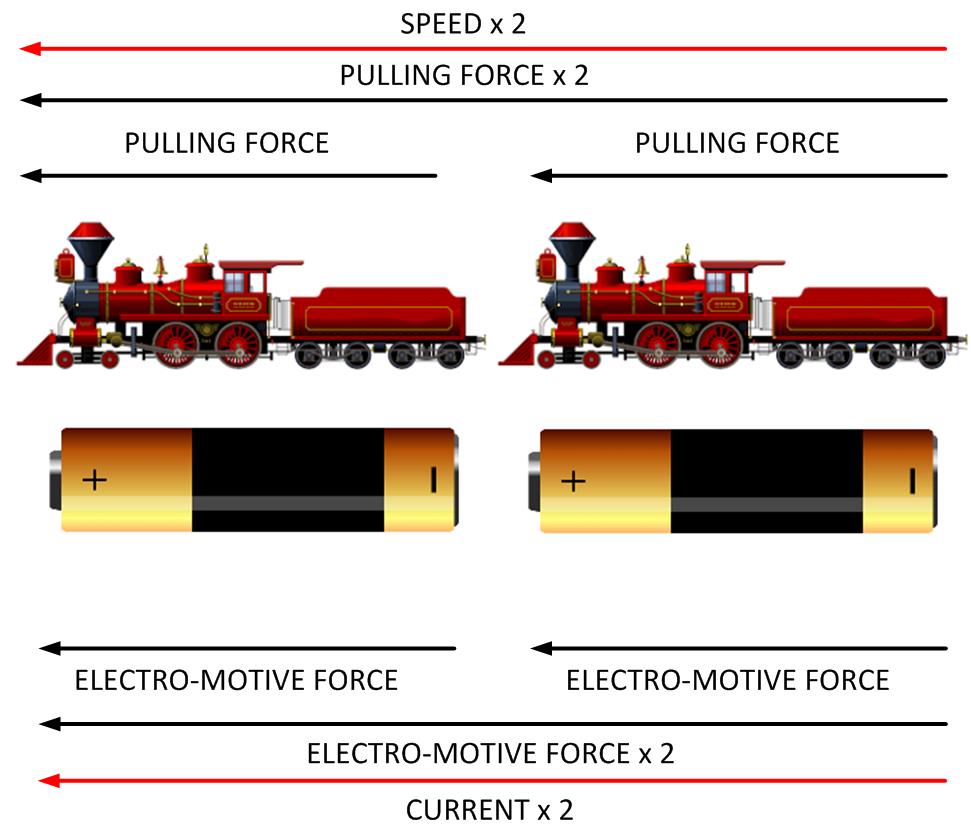 When the track is broken, the locomotives can't move. They have zero speed.

The same goes for your two batteries, when the circuit is open, there is an infinite resistance (almost) and no current can flow. 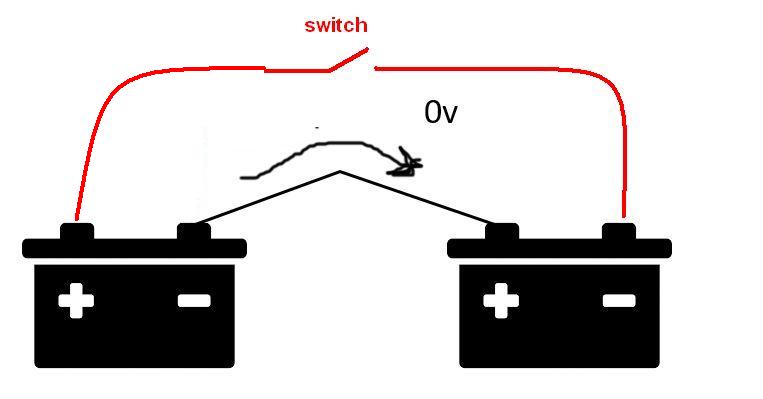 If the switch closes you have a current loop.

I'm not sure you understand how capacitors work so this "addition" to your question is probably best served by you doing some research on capacitors.

Lightning is an example of static discharge/electricity. It happens due to the accumulation of large number of opposite charges on clouds-clouds and clouds-ground. When the potential difference is large enough, the air in between breaks down and the sudden discharge of charges is seen as lightning between them. This is different from the conventional dynamic electricity, where for steady flow of current, closed loop is needed. 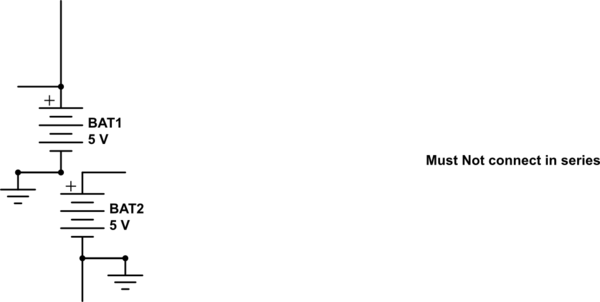 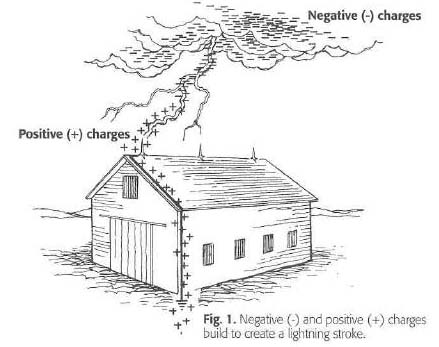 Notice the sharp peaks protect the house by creating a high charge field gradient. aka an E-field divergence. THis has much greater attractive force that a flat surface of charges of opposite polarity. ( ~ 2x to 3x)

Since all insulators are dielectrics and visa versa, air is like a capacitor without the electrodes. Clouds are the same without electrodes like a cap or a battery. But some water moisture has a dielectric constant of 80 , so it has 80x more capacitance ( per unit volume) and the rubbing of dust particles (contaminants) in the sky cause ion or charge transfer like rubbing a balloon on your hair.

How clouds works as static charge dumps. .. a perspective in physics 101.

When tiny leakage current to an opposite charged cloud (recently discharged) or ground , the surface builds up like a double layer capacitor and high electric fields (E-field) in Volts per millimeter [V/mm or kV/m] can exceed the insulation and create a partial discharge, which cascades to the next gap and repeats with a short delay for the build up of charge the zaps at the speed of light to/from ground .. It's called a leader and is not usually visible. This ionizes the air ( negative resistance) and turns it from an insulator into a conductor.

The reason there are random forks along the way because each partial discharge can go in any random direction (weakest link direction based on charged moisture with contamination ) but generally towards the same large surface in the distance. It may have some intertia behind it (moving moisture) to make the tracer forks longer. Once the tracer has reached the destination. It now has a low resistance circuit to balance and return much greater number of electrons. So Lightning follows this leader path of partial discharges (PD) like a zig-zag path of bifurcated decisions with a return arc of a million times greater current to dump electrons charges at some rate ( called curent that shifts the balance of charges in the cloud or surface earth soil.

So it is not a loop current , rather a static charge transfer.

So how do you measure this breakdown voltage (BDV). It depends on the insulator and level of contamination. But between smooth surfaces, dry clean air is 3 kV/mm and coal dusty air 0.3kV/mm. Dry air between needle points is < 1kV/mm. Plastic tends to be 5~10x air and if any voids or contaminants (dendrites) then it can have PD. If there are a of of them, in a battery, and it is jarred, they can short out, like lightning but in this case not static but a closed loop. (LiPo fire)

Toepler and many others wrote volumes of books on this subject in the 19th century.

A 5V battery doesn't have +5V on its (+) terminal, it has a difference of 5V between (+) and (-). The actual voltages on the terminal can be pretty much arbitrary, and will depend on how you chose the reference (0V).

Indeed, no sustained current will flow when you connect (+) and (-) of different batteries, because there's no voltage difference between them that is dictated by the batteries themselves. You can have an initial voltage difference, and if it's high enough, you will see a static discharge (similar to the lightning strike from your question) which doesn't require a closed loop.

0
Battery Voltage is not as it should be when connected to ckt
0
charging battery directly from a source, what could go wrong?
0
Conductor interaction with single battery terminal
0
Can a reverse battery be considered a resistance?
0
No potential difference between the negative terminal of battery A and positive terminal of battery B?
3
When you connect two batteries in series, why doesn't the middle short?
0
Can't for the life of me figure out voltage of batteries in series
0
About voltaic cells and why 2 batteries won't short together