I have a programming setup where I plug in a GoldX USB cable plugged into my programming laptop (in this case a MacBook Pro). Cable picture: 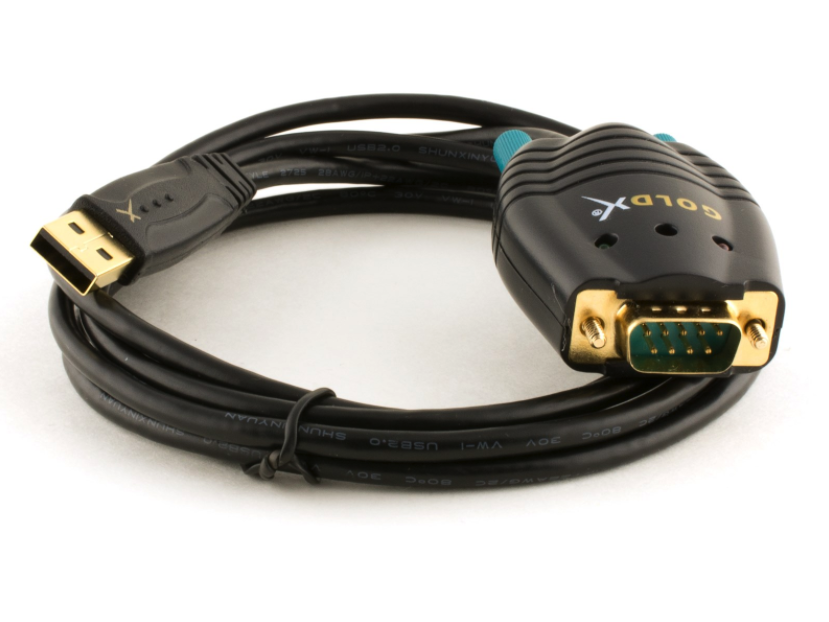 This is plugged into an eBay sourced RS232 TTL converter: 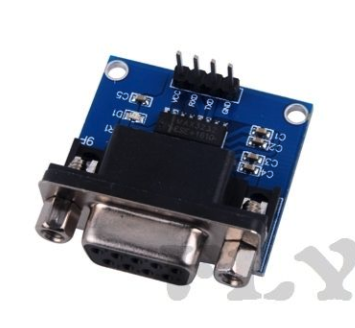 Which I plug into my testing board. Everything works fine, most of the time... Except I've noticed that occasionally, when I plug in just the cable to the converter board, without connecting to my circuitry, the IC is powered. The LED turns on, and the VCC pin reads ~ 2.1 V. Note, the leads on the chip pins are connected straight to the meter; that isn't clear from the photo. 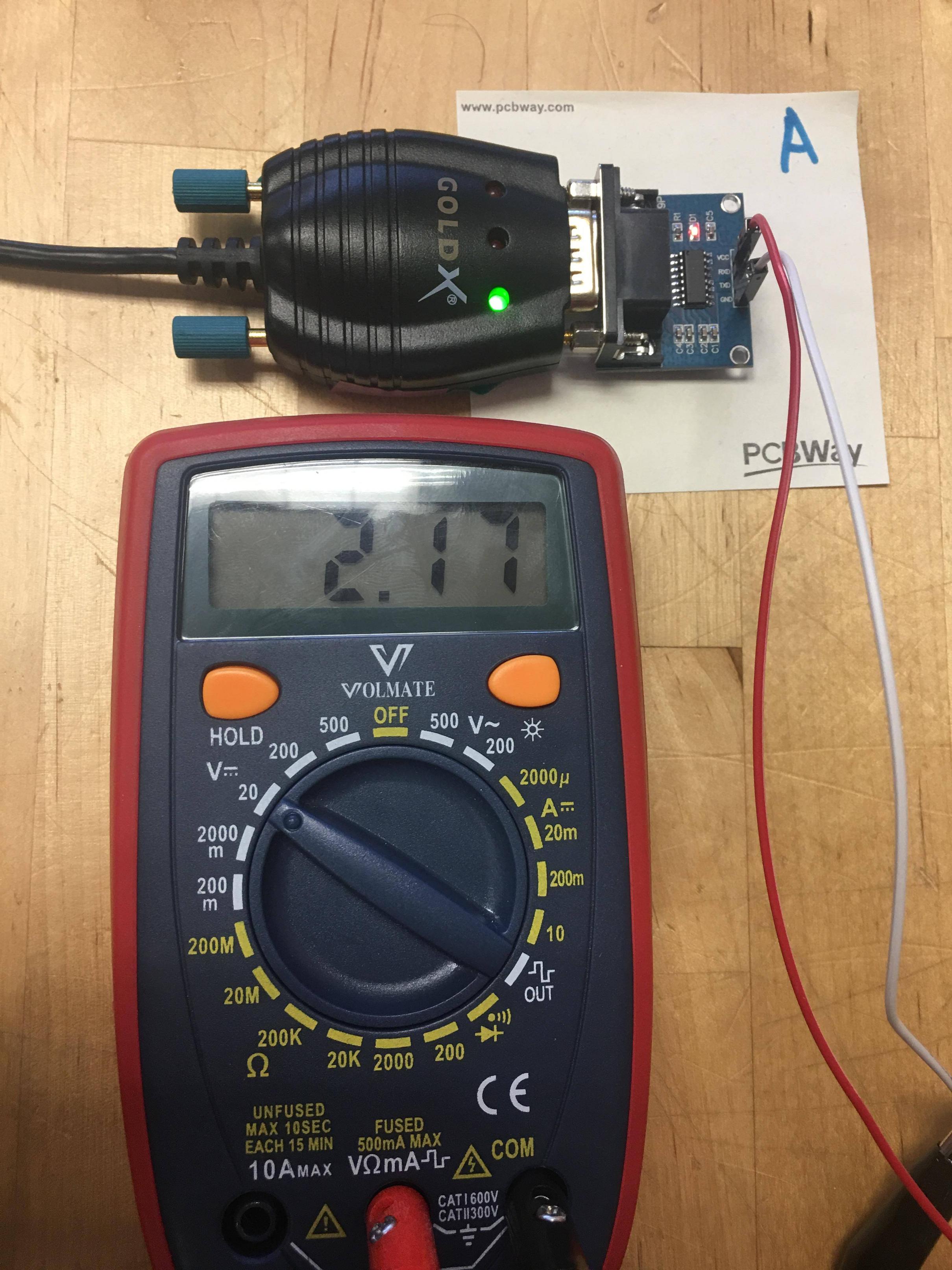 But, this doesn't happen every time I plug in the cable. Occasionally it works as expected, where the LED is not powered until I connect VCC and GND to the testing board.

I tried with a couple different programming computers, and the problem seems to be worse when powering from my MacBook; about 50% of the time when I plug in. I tried 10x on another laptop, and an ATX desktop and didn't see the issue with 10 attempts on each. Not a ton of data, but relevant.

My gut instinct is buying the RS232 to TTL converter from eBay left me with a knockoff MAX3232 chip that is misbehaving and leaking one of the data lines back through VCC. I'd be fine leaving it there, but then why would the behavior be so different when connecting the GOLDX cable from my macbook versus a different programming computer? Or, maybe thats just the issue -- the behavior will be completely inconsistent, and I shouldn't try to find an expected output from a given input.

TLDR: Should I just assume the MAX3232 is counterfeit and move on?

I'm not surprised, inputs usually have some form of protection diode up to the rail which, when the power is off, will conduct. This will be from the Rx and DTR lines and will depend on the state (voltage) of those lines and how much current whatever it is attached to can source.

If it bothers you, then adding some series resistance to the input lines will reduce this effect.

Not the answer you're looking for? Browse other questions tagged serial uart ttl debugging or ask your own question.

0
TTL-level camera with MAX3232 installed - is that really TTL-level or an RS232-level?
2
USB to TTL communication problem
0
rs232-ttl converter problem
0
How to find out whether serial standard is RS232 or TTL when stated as "serial(RS232/TTL)"
2
What kind of serial cable do I need? (TTL vs RS232)
0
RS232/TTL converter with Arduino not recognized as serial device
0
Connecting a GPS to computer: Jackson Lab LC_XO serial TTL to RS232 port on computer motherboard