Purpose of L2,L3 & C6 in the following CW transmitter circuit

I have been trying really hard to understand the purpose of L2, L3 and C6 in this CW transmitter, especially L3 and C6.

I have received many conflicting answers such as that L3 is acting as a loading coil for the rather small antenna, that C6 & L3 is acting as a LC filter for RF harmonics or that it is 'amplifying' the voltage from the BJT PA. 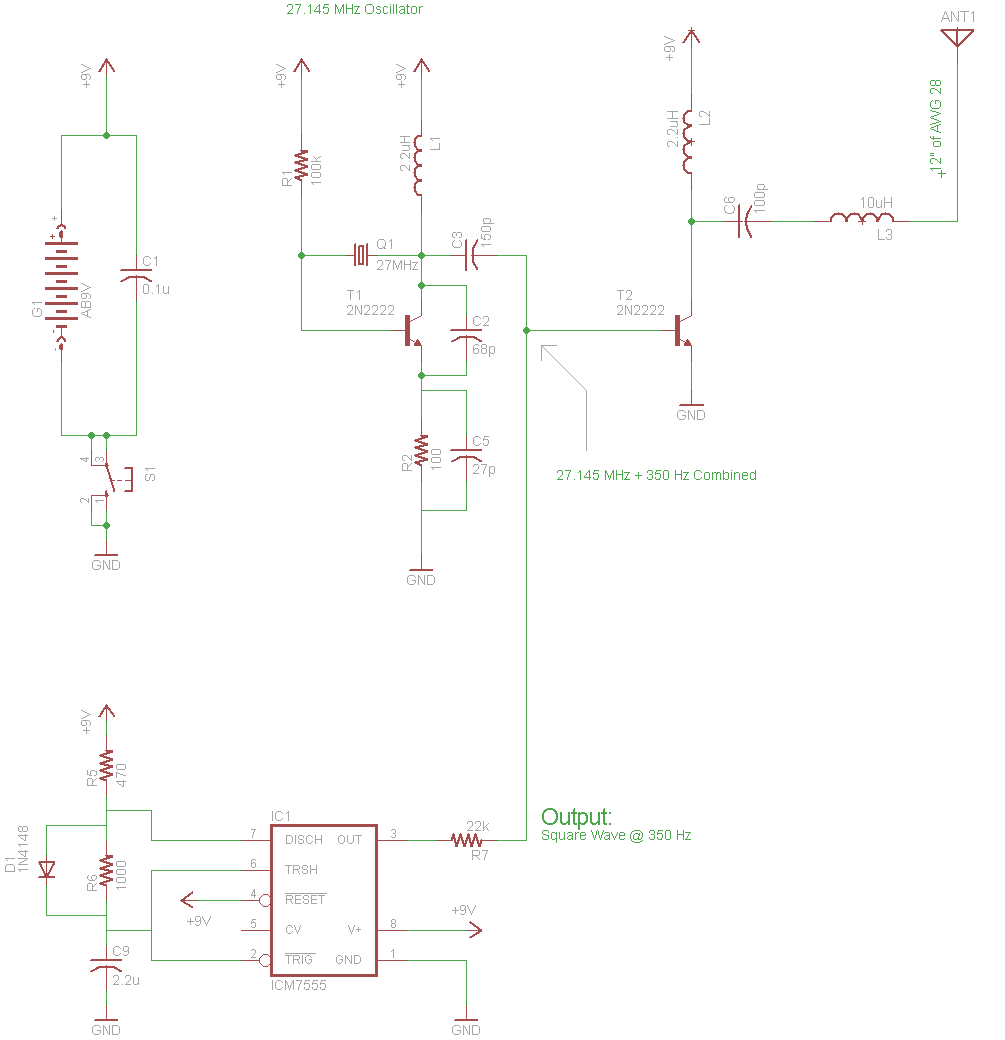 So, for a short monopole look at this diagram of impedance: -

There is a red dot that approximates to 12" (300 mm) and that tells us that a short monopole of this length will have a capacitive reactance of about 1800 ohms. In terms of actual capacitance this is about 3.3 pF i.e. the monopole will look like 3.3 pF. This is series resonated by the 10 uH (L3) at this frequency: -

i.e. L3 is about the right ball-park for base-tuning a short monopole.

Not the answer you're looking for? Browse other questions tagged radio transmitter receiver ham-radio radar or ask your own question.