Here is my simple power amplifier: 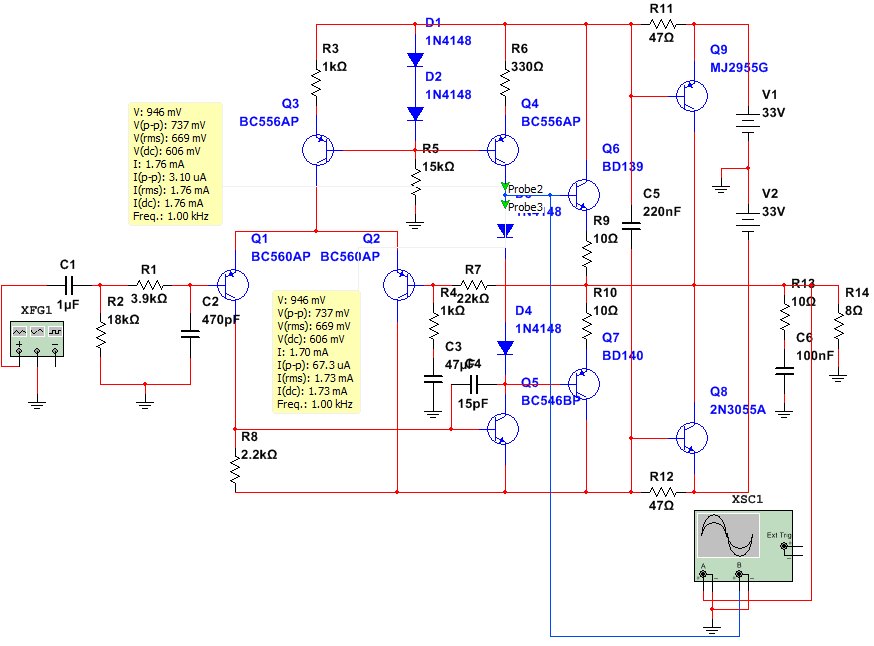 I need an explanation how the summary DC+AC current will behave on Probe2 and on Probe3 for positive and negative voltage swing of the signal in the amplifier input? How AC part of the amplified signal affects the Q3-Q4 constant current source DC current value? Up yellow box - Probe2, Bottom - Probe 3. 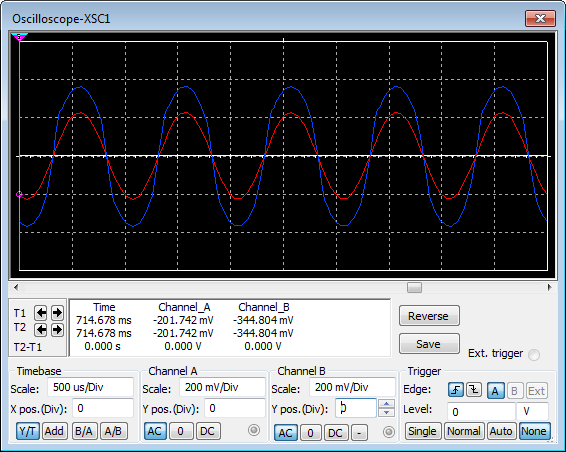 I'm not sure if I understand your question. But I have an idea about it, given the "arrows" I see added to the schematic and added to by your question, which talks about the "positive and negative voltage swing" at the input.

I think you are wondering about what happens to the current source's current as it flows towards and is then sunk by the \$Q_5\$ VAS collector.

In general, if you accept the idea that feedback in the entire amplifier circuit will do what is necessary to ensure that the \$Q_5\$ VAS does the "right job," then the explanation isn't complex. But if you need to walk all the way around the entire closed loop system and look at each detail of how the design, plus feedback, operates on a DC and AC level (the feedback itself has an AC and DC perspective that achieve different things simultaneously), then your question would take more time to answer.

So let me just simplify things for now and ignore a careful discussion of the entire circuit, because I think if you were asking for that perhaps you are asking a far too broad of a question. So I'll assume you just want to know about the current source's current from the source at \$Q_4\$ to the sink at \$Q_5\$.

\$Q_4\$ is, as I think you know, arranged to provide a current source of about \$2\:\text{mA}\$. (Interestingly, this is also the current flowing in the two diodes behind \$Q_4\$ that bias it.) Given the gain in the Sziklai pairs used in both quadrants for the output stage, that may be about right (though I think it is perhaps just a little bit "thin" given the \$33\:\text{V}\$ rails and the power output potential for that.) This current then flows downward towards the \$Q_5\$ collector, where whatever remains is then sunk.

So that's about it, really:

It's a pretty simple idea.

The whole point of the diff-pair at the input, and the feedback system both at DC (output fed directly back to the diff-pair) and AC (a divided portion fed back), is to cause \$Q_5\$'s collector to do exactly what is needed for the above to work successfully.

Not the answer you're looking for? Browse other questions tagged amplifier bjt small-signal or ask your own question.