What is this small white component across transformer's inputs/outputs?

I was tearing apart a transformer that was not working (from halogen lamps) and I found this little thing inside: 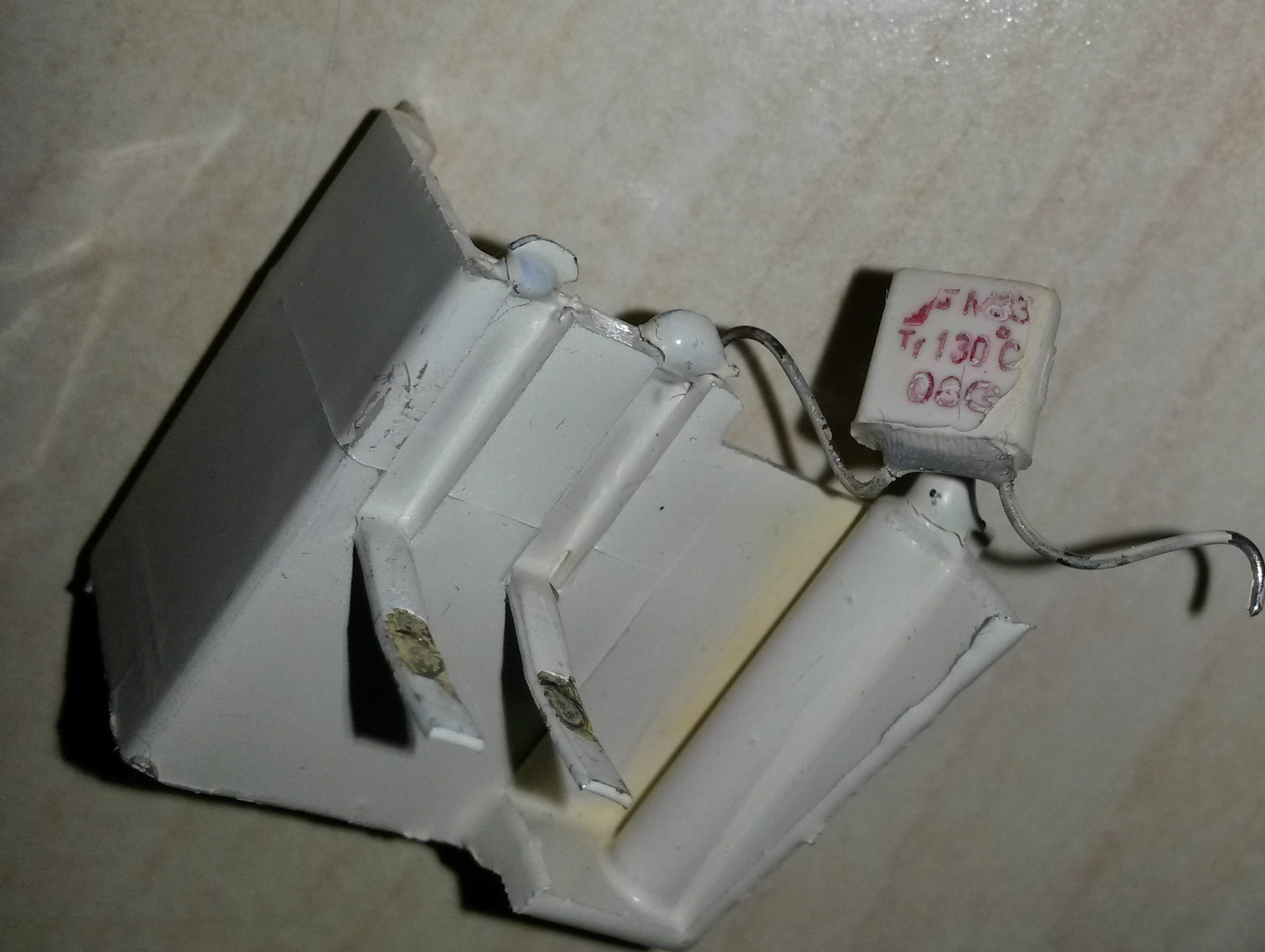 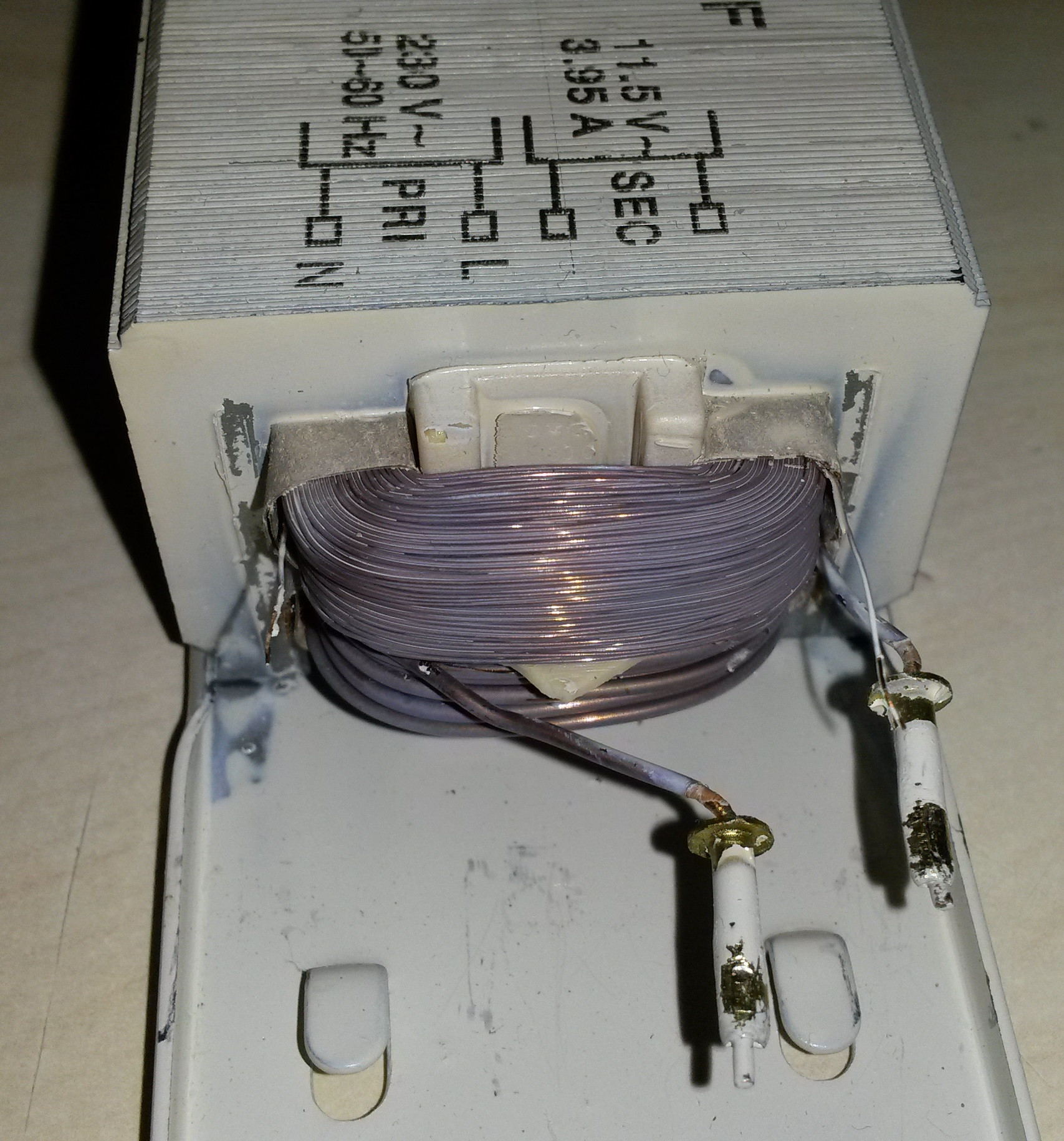 Eventually I found out it was a bad connection that made the transformer faulty and am trying to reassemble it, but I am not sure how this component was wired. What is this component, what purpose does it serve and how do I properly wire it back?

That "little white thing" is a thermal cutoff. It is a sort of fuse that reacts to external heat.

They are used to prevent things from burning up. The one you have is rated for 130 degrees celsius.

Measure it with an ohmmeter. It should read as a complete short circuit (very nearly zero ohms.)

If it reads as an open circuit (high resistance) then it was exposed to too much heat and opened the circuit. This probably saved you from having a fire.

Replace it with a part rated for the same temperature.

Under no circumstances should you leave it out or replace it with a wire. If it has opened up, then it is needed.

Try not to place as heavy a load on the transformer, or maybe not run it as long. Also make sure not to cover it up - it needs air circulation to keep cool.

Not the answer you're looking for? Browse other questions tagged transformer identification passive-components or ask your own question.

3
how do they make travel adapters so small?
3
What is this component that is found in lots of phones?
5
What is the name for this Encapsulated SMPS
6
What are these electronic components from an old radio?
2
What kind of component was used in this demodulation circuit?
8
What's this thing which looks like a water sensor inside a PC mouse?
0
Debugging an old Thermostat: What component is this? (3 pins SMD IC)
7
What is the purpose of this copper plate inside the SMPS transformer?
2
How to identify burnt out component