We have designed a board to control asynchronous single phase motor, using two half-bridge gate –drive IC (Fairchild FAN73833MX) and four IGBT (Fairchild FGH30T65UPDT) as shown in the scheme below.

Using a MCU we have implemented a 18kHz PWM control signal with a 1,5us dead-time, but we noticed that the outputs of the two drivers don’t respect this dead time and there’s cross-conduction issue.

For debug only we tried to use a longer dead-time (6 us) and powered the board at about 90 Vac by Variac, but this problem still exists. In the image below, you can see:

When IN_H signal goes to low level, the HVG signal follows IN_H with a variable delay (in the worst case, this delay is equal to dead-time, as shown in the image above).

What can be the cause? 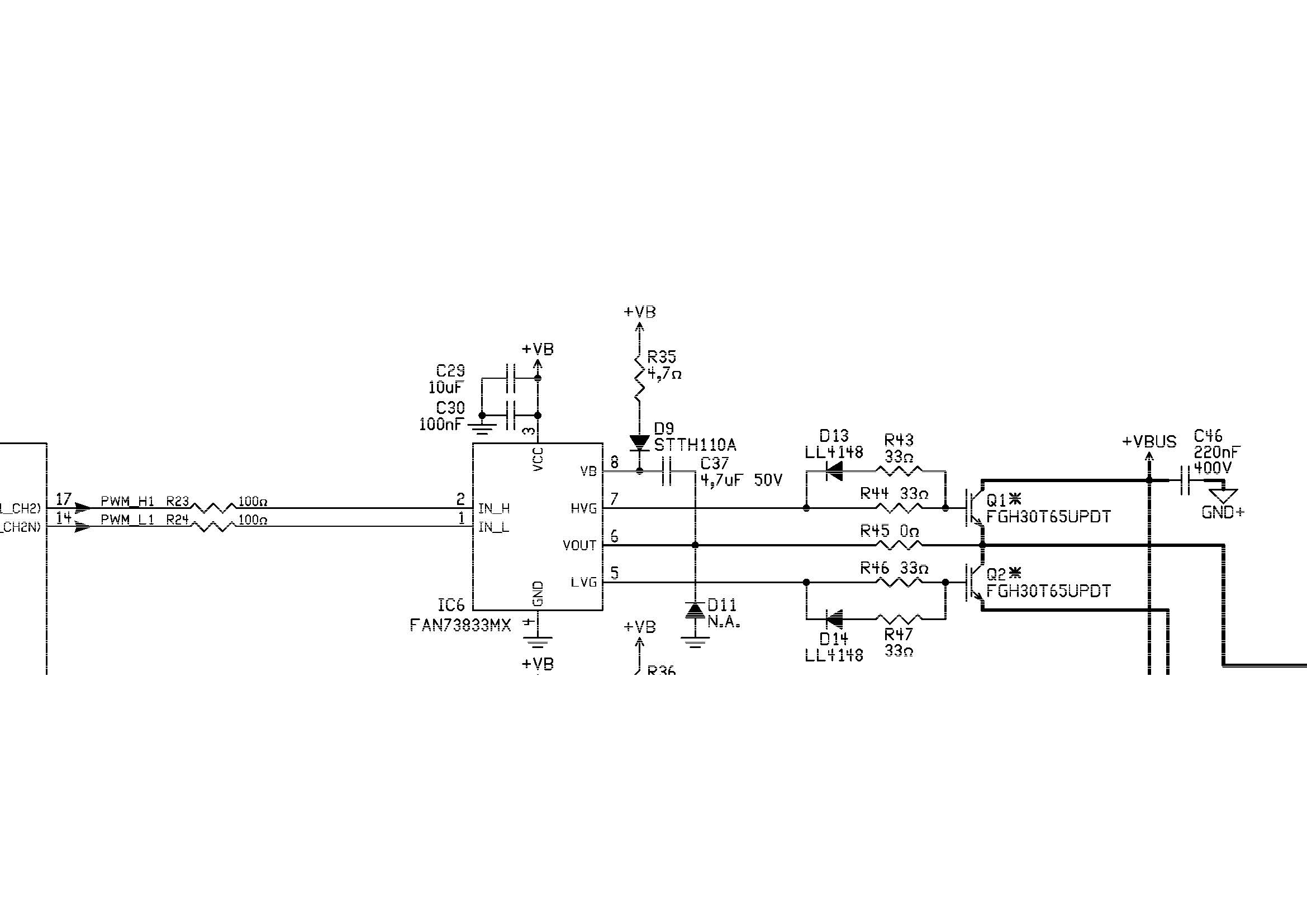 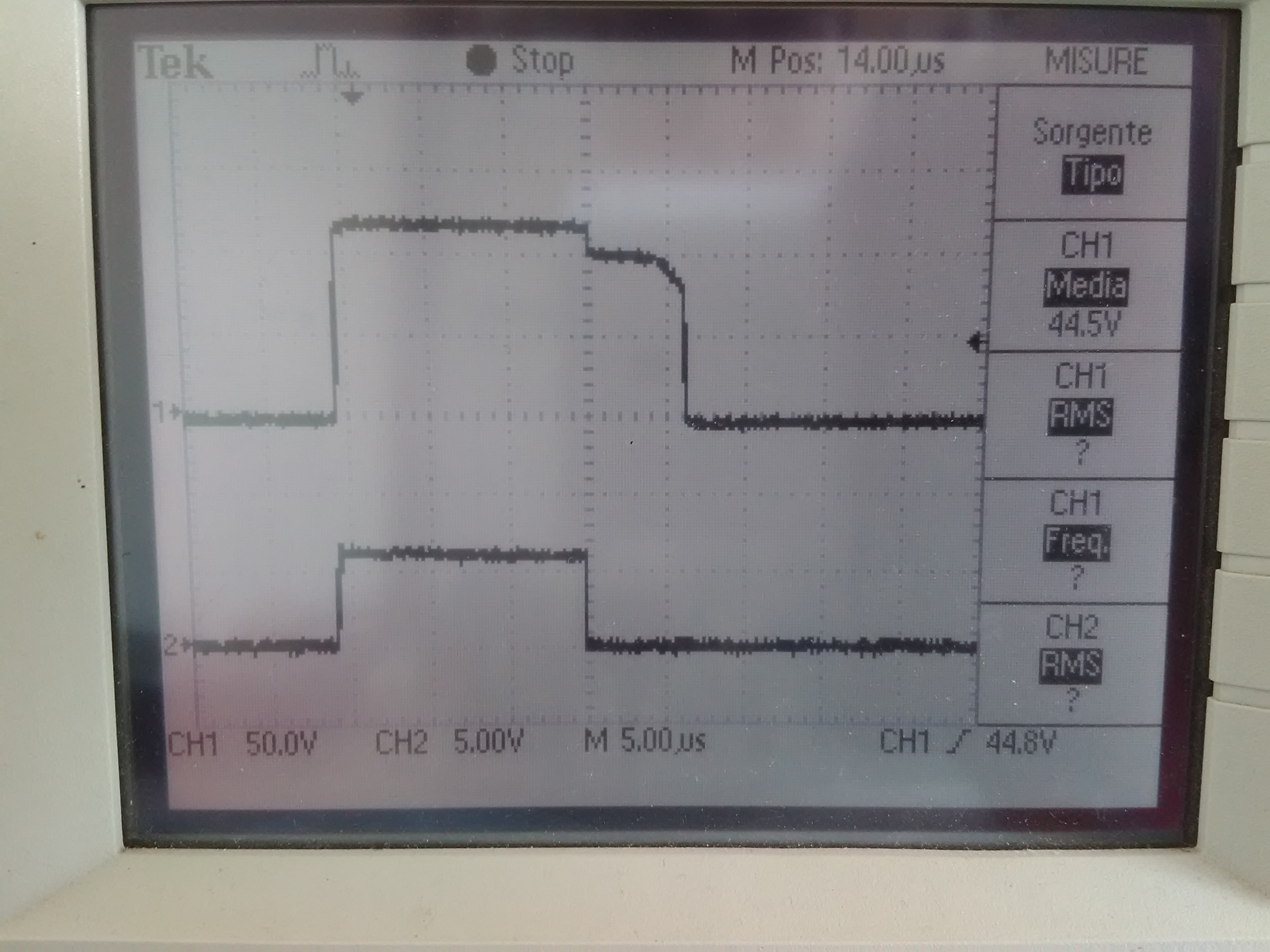 When we connect the motor, we have a similar situation.

As shown in the following pictures, when we connect a resistive load we find regular waveforms (with correct polarity in the signal measured by probe 2: positive polarity when Q2 is on), where dead-times (about 3 usec) can clearly be seen; but when we connect the motor we no more find regular waveforms (with variable polarity in the signal measured by probe 2: positive or negative polarity when Q2 is on) and dead-times cannot be seen. In this last case we can also see current peaks at the switchings (up to 30A). We think that the different behaviour is due to the motor inductive characteristics, but we are wondering if these conditions can be dangerous for IGBTs integrity and eventually what precautions can be taken. 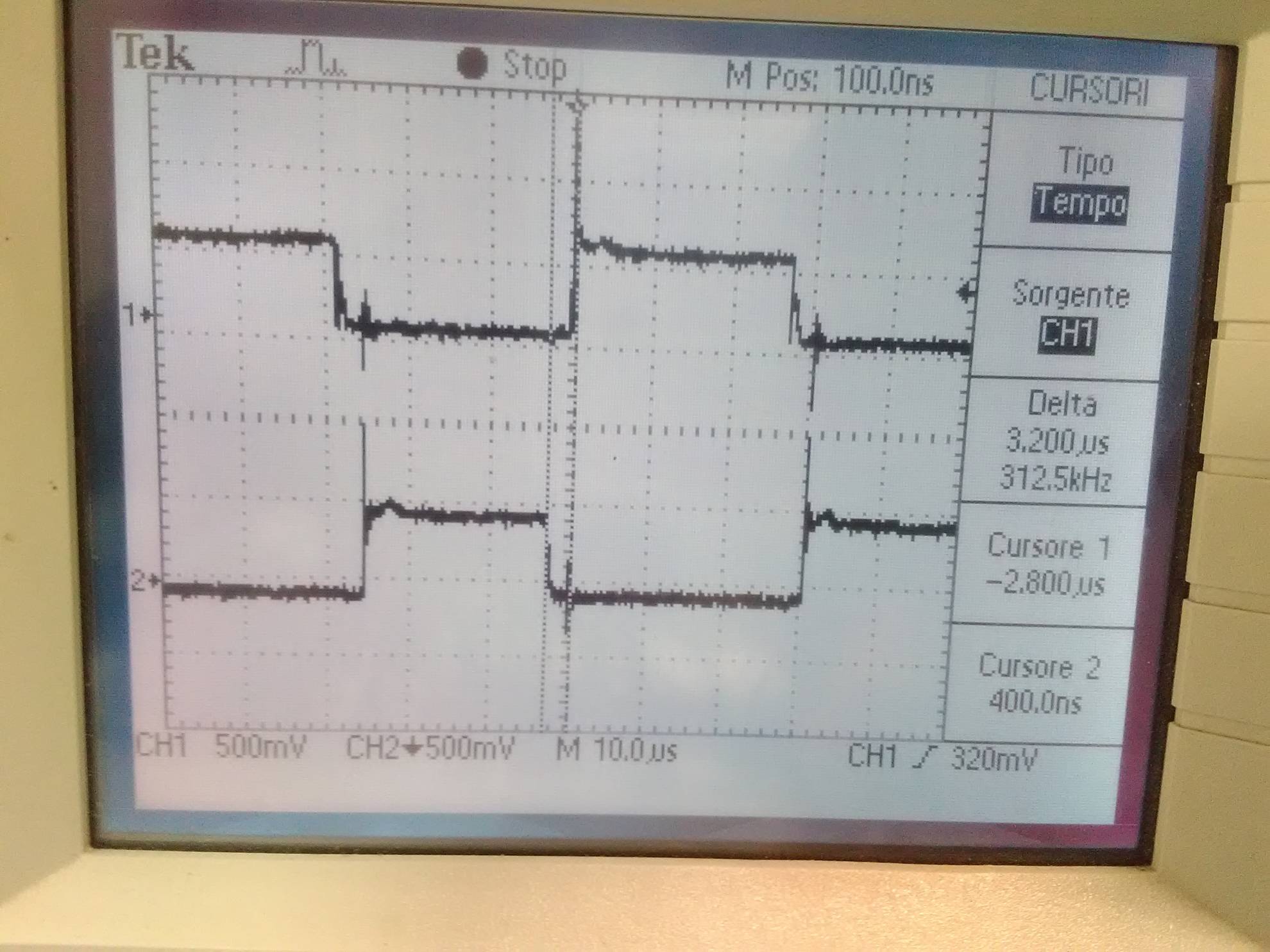 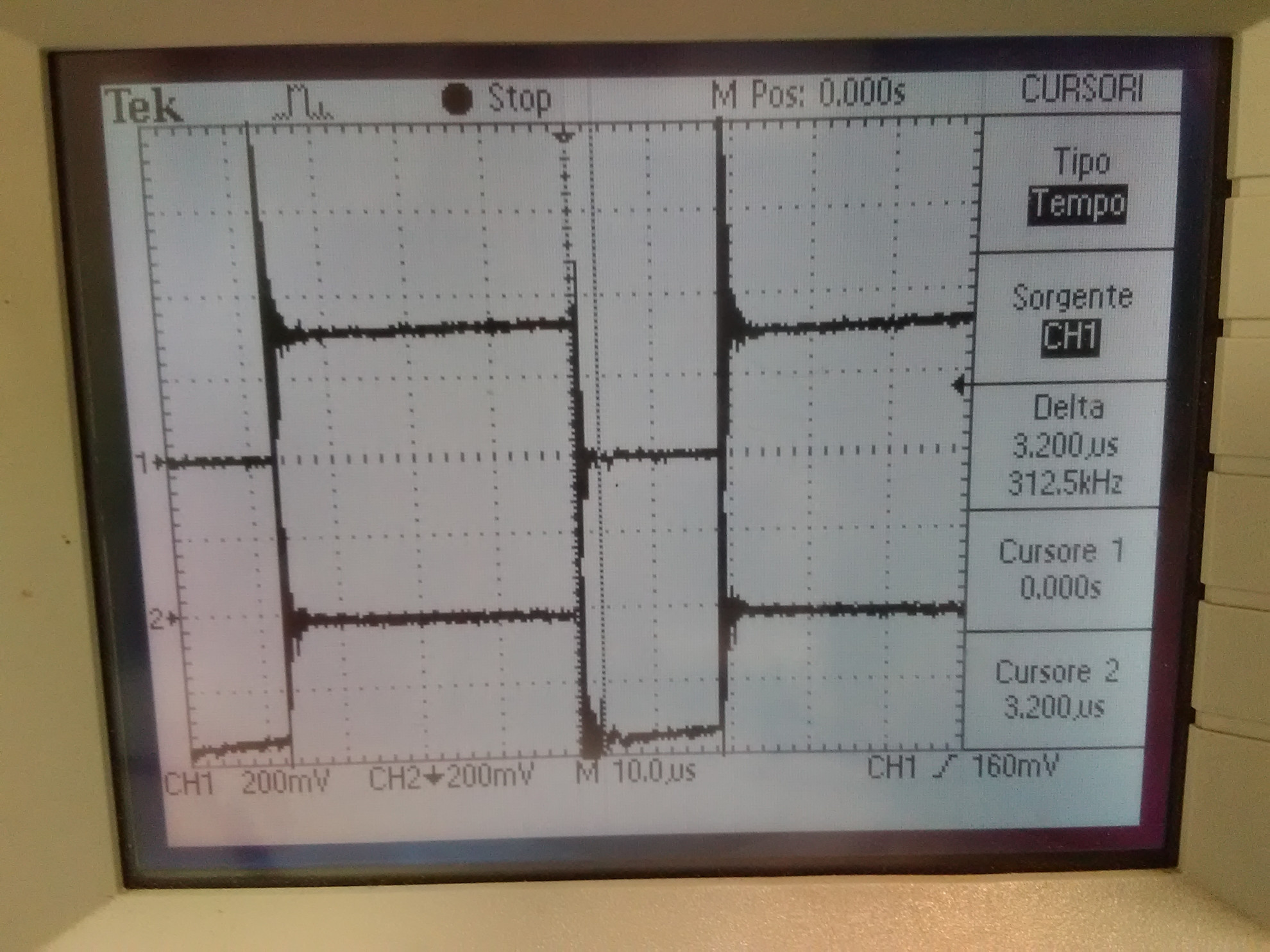 You've got no load connected to the half bridge, right?

The IGBTs Q1 and Q2 have significant capacitance to VBUS and ground, respectively. When you turn on the high side IGBT, the low side IGBTs collector-emitter capacitance charges to VBUS. Afterwards you turn off Q1, but don't turn on Q2, in order to introduce a dead time. The capacitance of the low side IGBT (Q2) maintains the output node of the bridge at VBUS (100V) during this dead time. Only when Q2 turns on does the voltage fall to 0. 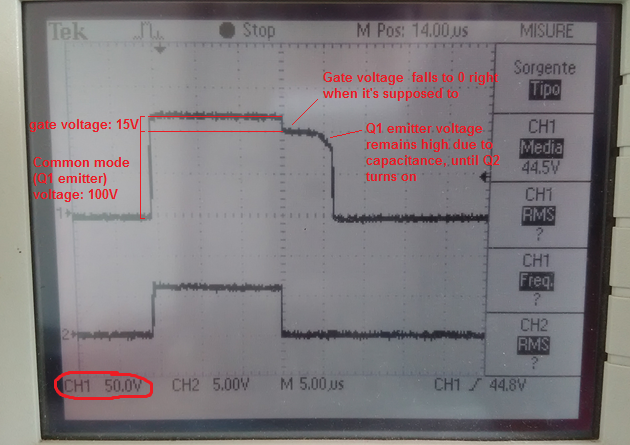 This can be confusing because you are not measuring the gate voltage of Q1 relative to the emitter of Q1, but ground. Ideally you'd employ a differential probe allowing you to only measure Q1s gate-emitter voltage. If you don't have a differential probe, measure both the emitter-ground voltage (Ve) and the gate-ground voltage (Vg) using two separate channels. You can then compute a trace for the gate-emitter voltage (Vge) by subtracting Ve from Vg with the math function of the scope. 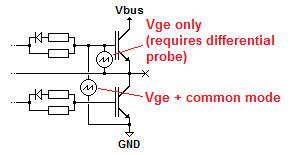 In summary I think you misidentified the behaviour as shoot-trough, even though the half bridge is working as intended.

What the new waveforms (resistive vs inductive load) show is a completely different issue. You still have no shoot-trough/cross conduction. What those waveforms show is called ringing, which occurs when the abruptly stopped current causes rapid oscillations in the resonant LCR circuit formed by motor inductance and parasitic capacitances. This ringing starts whenever both IGBTs turn off with current sill flowing and stops once the dead time ends.

The motor you use has energy storage capability (inductance) and may even generate a voltage when it is free running. I suspect that what you are seeing is stored energy (or generated voltage) when you turn off the relevant transistor and the output stage enters its "dead zone".

You see a slightly reduced voltage because the energy from the motor is being pushed back through the parasitic diode inside the Field Stop Trench IGBT. This energy gets mainly recycled by the capacitor on your VBUS supply.

Are you aware that the FAN73833MX has built-in shoot-through protection?

Not the answer you're looking for? Browse other questions tagged gate-driving or ask your own question.