How did this capacitor survive having a nail driven through it?

How did this metal film 1 uF 630 VDC polystyrene capacitor survive having a nail driven through it while under a voltage of 122 VAC? It is part of UL testing for potential X or Y grade capacitors, which it MUST pass to be put on UL's approval list. The starting value was 980 nF. After being pierced by a nail, the capacitance was 956 nF, so some damage was done.

Thanks to Alexander for tracking this down. UL tends to be very secretive about such details.

59F.1 If required by the Exception of 25.3, capacitors employed in Type 1 SPDs shall be permanently mechanically (driving a nail through the capacitor where the nail should not short out the capacitor to ground nor reduce spacings to other electrical paths) or electrically (as specified in 10.2.2 of UL 810) failed and three samples tested at the short circuit current rating of the SPD in accordance with the Short Circuit Current Rating Test procedure covered by Clauses 39.2.1 to 39.2.4.

Permanent failure of a capacitor is demonstrated by the flow of short circuit current until interrupted by an overcurrent protection device or for 3 full cycles.

59F.2 Capacitors rated 1 uF or less may be failed in accordance with 59F.1, or may be replaced with jumper wire having a minimum gauge size equal to the capacitor leads. The jumper wire shall not open during testing. 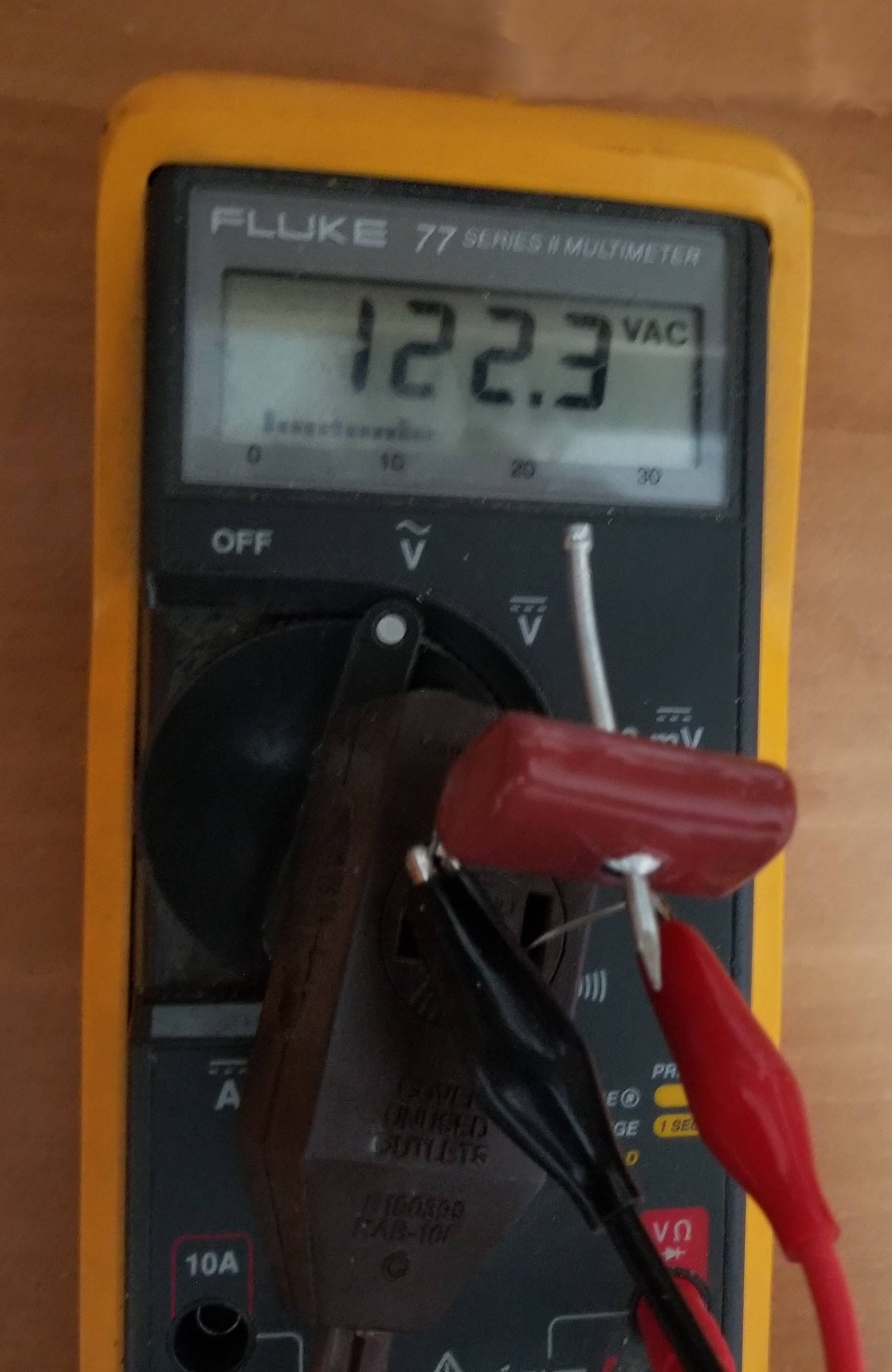 Film capacitors can “self heal” from certain kinds of shorts by burning away a bit of film in the short. The film is so thin that bits of it can act as localized fuses. I imagine that’s what happens to all the places where the film electrode touches the nail.

As an addendum to Bob Jacobsens's answer, I am posting the 'chapter' that directly pertains to my question, based on his link, with any key words in bold. If the link goes away, we still have the detailed answer.

Film capacitors have a thin polymer layer with metal electrodes formed either with a thin foil sheet or by spraying (well, vaporizing) the film with metalized metal. The film-foil style capacitors are not able to self-heal. While the metalized film type, which is far more common, tend to have good healing capabilities.

While I lump film capacitors into a single group, there are different dielectrics based on several film materials. For example, you might see polypropylene (PP), polyester (PET/PEN), metalized paper (MP), or polyphenylene sulfide (PPS). These dielectrics all have self-healing capabilities, the amount they self-heal does vary.

When a film capacitor self-heals, a spot in the dielectric allows an excessive amount of current to flow. This extreme leakage generates localized heating causing the film material to melt. As it melts, pieces of the electrode break up, breaking the path for current flow. The melted metal cools, leaving a non-conductive site. One way to consider the film healing process is like a small fuse blowing.

Film’s self-healing process is what makes film one of the most robust capacitor types. It is challenging for a film capacitor to fail short. As the capacitor fails, it turns itself into an open. This capability is one reason film capacitors are a popular choice as X/Y Safety Capacitors in an RFI or EMI filter.

1
Is this optocoupler front-end safe?
1
Where do hi-pot multipliers come from?