What is voltage exactly? [duplicate]

First, let me start off by saying that I have read the answers to this question (which is the same as mine), but the answers basically explain the different ways voltage is created or compare it to water in a pipe or altitude above the Earth's surface, so I was still a bit curious after reading those answers.

So, when I learned about voltage, it was often compared to height of a waterfall, pressure in a water pump, etc. The cartoon below helped me remember Ohm's law easily. 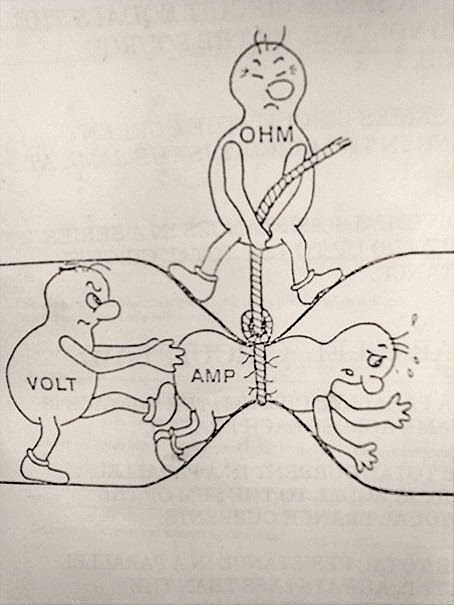 But, I want to to know exactly what voltage IS, not really what it's LIKE. As the top answerer of this question said, "If someone really wants to understand electricity, they need to dispense with the fluid analogies and just learn how electrical fields and charges work." So, I guess my question is: in terms of electric fields and charges, what exactly is voltage, what is happening in the circuit to make one point at a higher potential than at another, and why does increasing that difference increase how much charge passes between those two points, assuming constant resistance?

I want to to know exactly what voltage IS, not really what it's LIKE.

Aside from being something that behaves as the mathematical model predicts, no-one knows what voltage "really" is. No one knows whether it is even meaningful to ask.

You may find this situation unsatisfactory. You would not be alone. Unfortunately, our need for a certain type of explanation is insufficient cause for such an explanation to exist.

We observe that there are forces in our world. We give them names like gravity or magnetic-attraction. As Richard Feynman noted, giving things names does not do anything at all to explain them or understand them.

To explain what voltage is the only language available is mathematics.

in terms of electric fields and charges, what exactly is voltage

There are some answers in Physics.Stackexchange which might be useful:

The 'currency' of physics is energy. Fortunately, most people have a gut feeling for what energy is, or is like. It's the stuff that you need to make changes happen. One joule is needed to lift an apple vertically through 1m. You wouldn't want all the kinetic energy of a speeding car deposited in you in one go, though if you're careful, you can cope with all the energy of a speeding baseball or cricket ball.

Putting numbers on 'voltage' like this wouldn't be worth doing unless we found it to be useful. As it turns out, if we put two AA batteries in series, and let 1 coulomb flow into an external circuit, it does twice as much work as from a single battery. The energy is additive, the voltage is additive, which means we can work with voltage, rather than the more clumsy energy-per-unit-charge ratio.

There are a few ways to understand voltage from a high level, and all of them are rather insightful. Taken together, I think you get a good idea of what's going on.

There are some assumptions we need to make unless we want to really dive into quantum field theory. Here are the assumptions:

With that said, we can address what voltage is. Taking a positive point charge for example, and assuming a present electric field with some gradient value (this could be achieved any number of ways e.g. with a smattering of other point charges, but isn't important for understanding), we say that the particle "releases energy" as it transmits from the higher valued point of the field to the lower valued point. This is the particle doing work, and is indeed how we draw energy from electricity.

Now, play that motion back again to where the particle was first located, and we know that we can release energy by allowing it to move from one end to the other. The term for this possible, but yet unreleased, energy is "potential energy". The difference between the potential energy of the first point and the second point (per Coulomb of charge) is the voltage difference. Make sure to note that the point charge located at the second point still has potential energy, it just has less.

One thing that is incredibly important to understand is that there is no such thing as "zero voltage". We can arbitrarily define some point in our system (usually ground) as zero voltage, and measure everything in respect to that, but that only applies to our system. So when we say something is at "five volts", what we mean is it is five volts above wherever we decided was zero volts in our system. We are fully capable of measuring voltage differences, but not absolute voltage.

The most concise definition that is even accurate is:

Voltage is the difference between two electrical potentials.

Not the answer you're looking for? Browse other questions tagged voltage ohms-law field or ask your own question.

78
What exactly is voltage?
4
Is it possible to make a complete analogy between electricity and something more graspable? (e.g. fluids)

8
How does the electricity "know" the ratio of the resistance in a voltage divider?
4
Is it possible to make a complete analogy between electricity and something more graspable? (e.g. fluids)
0
Beginner Question about the logic behind Ohm's Law?
0
Volts and amperes explained
1
Why does voltage drop in a series circuit but current stays the same?
2
What is the Potential Difference directly before and after the power source of a DC circuit?