I can't understand a thing from my book, it say that since in integrated circuit with CMOS have an output of high and low current that is equal we can't use the wired-or connection, but we can use it with Open Drain technology. I have some question:

But we have to use a circuit like that: 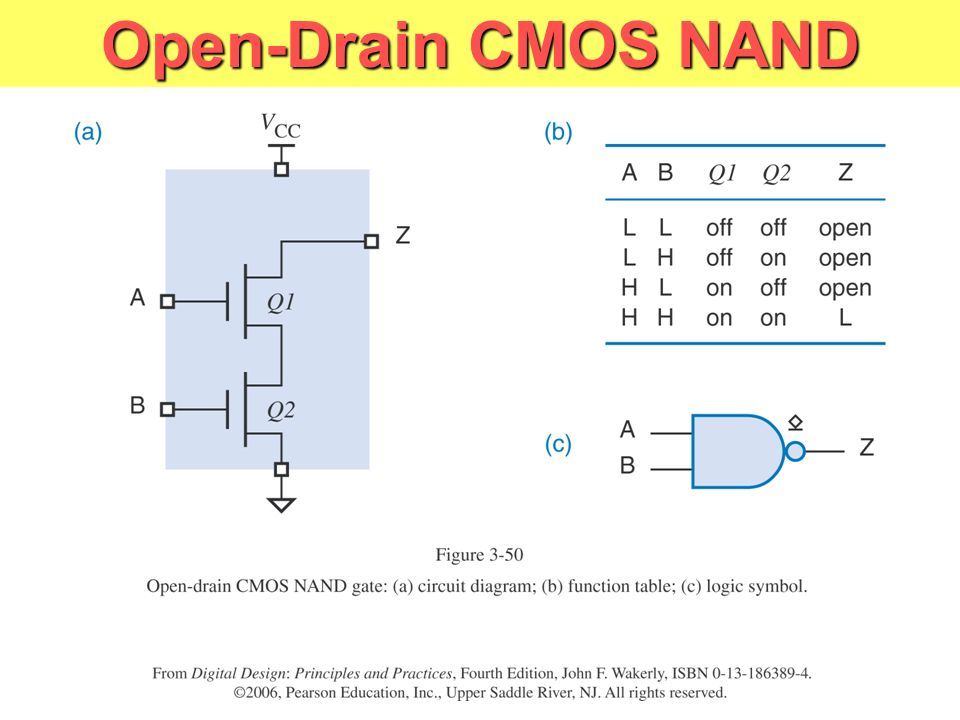 Thanks for read!Hope that you'll have a nice day!

A wired or circuit is rather like that string they used on buses and trains to tell the driver to brake and stop. 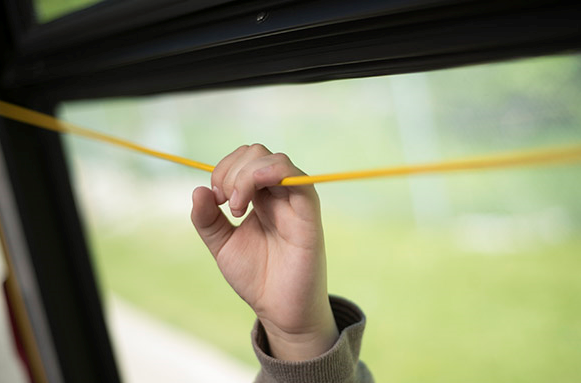 The string is a common signal line that just hangs there till anyone decides to pull down on it.

In a circuit, a wired or connection is a signal line held up by a pull-up that one or more open-drain or open-collector gates are attached to. Each gate can only pull the voltage down on that signal line.

You can see from the above that the output, "signal", will be low if any of the switches is closed.

Why We Need Open-Drain Drivers

If the outputs were able to source current as well as sink it, you would create the conditions where one gate is trying to push at the same time as another is trying to pull. This would result in a large destructive current in both gates.

As such we use open-drain, or open-collector gates for this function.

What use is it?

Now you may be wondering when we would do such a thing.

The nice thing about the wired or circuit is, unlike an integrated logic circuit, you do not need to know in advance how many devices are going to take part in the OR function. Just like in the bus-string where any number of passengers can pull it, any number of gates can be theoretically attached to the or-line.

A good example of this it the I2C communication bus that allows you to hook up an indeterminate number of slave devices to a single master device.

So why aren't all gates open-drain?

You may be asking that question and it is a valid one.

The major downfall with wired or connections is the pull-up.

Additionally, other inter-gate interferences can occur, especially with open-drain outputs which have internal capacitive effects.

Not the answer you're looking for? Browse other questions tagged transistors mosfet cmos or ask your own question.

1
Emulating a switch with open drain outputs
0
What is the meaning of Bootstrapping Phenomenon in MOSFET,What are its Consequences & How to avoid it?
0
Sizing transistors for a CMOS circuit?
0
Using MOSFET with Open Drain Controller
1
P-MOSFET failures
1
Question about transitor NPN [ALFA;Strange configuration;Exit characteristic]
0
General CMOS circuit
0
Confused with the output resistance of the CMOS inverter