What is the impedance of a multi-tap impedance matching transformer when all taps are used at the same time?

So if I have an impedance matching transformer with two taps, one 8ohm and the other 4ohm, and both taps have a winding relationship so that the other side "sees" a 4kohm load, what is the impedance if I use both taps at the same time assuming both loads are correct to their respective taps? what about the power if a signal is applied on the 4kohm side? will it split through each one of the other two loads? with what proportion? 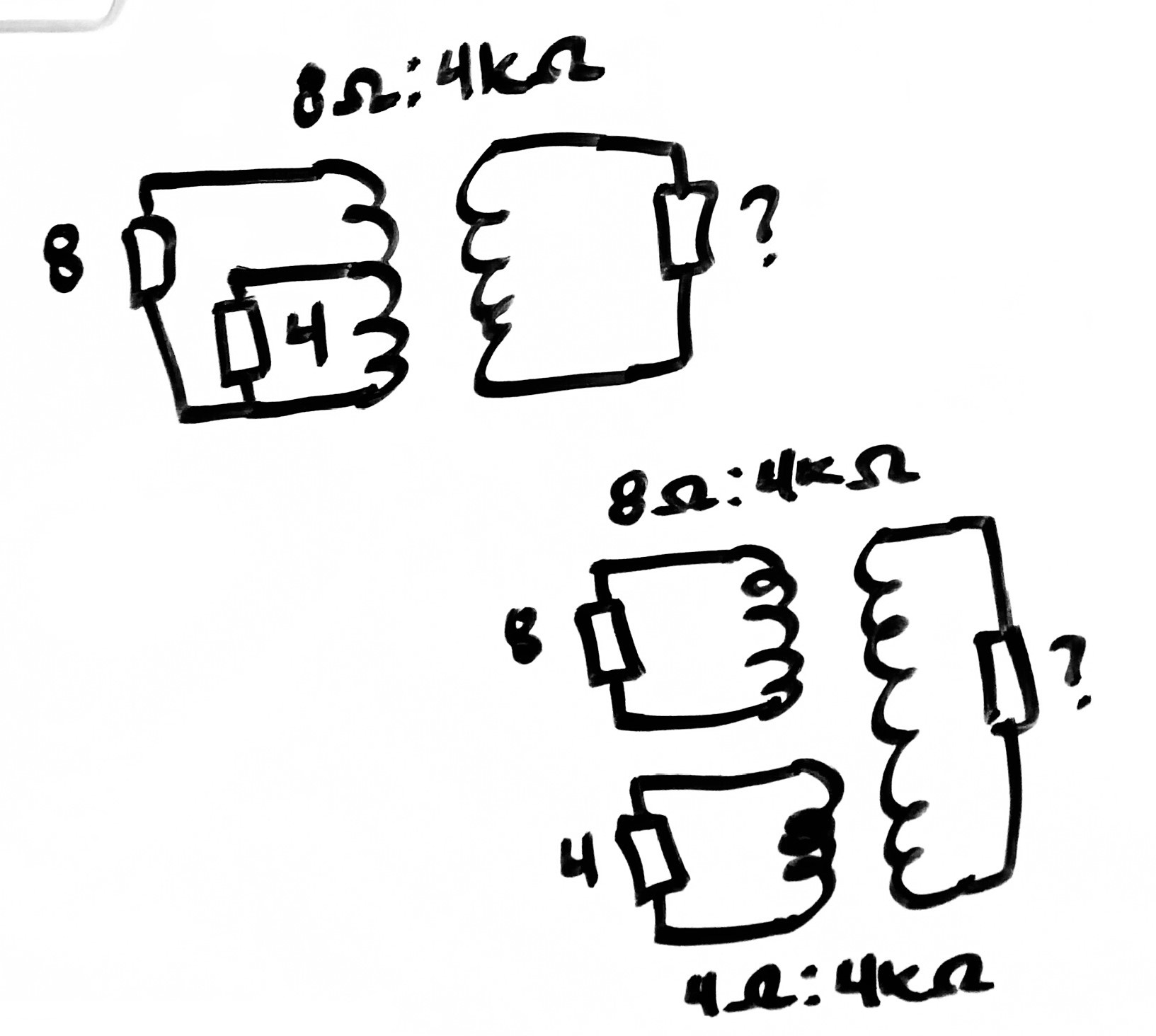 To produce the same power in a 4 ohm load as an 8 ohm load requires that the 8 ohm load receives an RMS voltage (or DC voltage for resistors) that is \$\sqrt2\$ as high as the 4 ohm load.

So given this relationship, it can be expected that using an ideal transformer, both loads will produce identical power outputs.

If the 8 ohm load produces an impedance of 4 kohm at the primary then so does the 4 ohm load on its winding and, if both are connected simultaneously then the load at the primary would be 2 kohm.

When each load is connected, since the voltage at the tap is the same and the load values have not changed, the currents for each load will be the same as when connected individually, so the current on the whole secondary will increase (twice for two simultaneous loads), which will in turn increase the current through the primary, and since the voltage there has not changed either, twice the current means half the resistance. So, the resistance seen by the primary when both loads are connected drops to 2k, different to the 4k seen when only one load is connected.

Not the answer you're looking for? Browse other questions tagged transformer impedance impedance-matching or ask your own question.

0
Using all the taps of the transformer at the same time?
1
Impedance matching with transformer and resistor
0
What will happen when taps at secondary side of auto-transformer are connected together (short-circuited)?
0
Finding Transformer Leakage Impedance from S/C, O/C and Winding resistance tests
1
What is the precise meaning of “matching impedance” for an ultra-wide band antenna, and how to do that?
1
Transformer winding tap switch without relay
0
Identifying an unknown transformer
2
Is an (n+1/4) wavelength transmission line impedance transformer comparable to a 1/4 wavelength line of the same composition?