What is "folded SMA" package of SMD?

There are three types of package in specification: SMA, Folded SMA and Clip SMA. The link for datasheet: SK32A

What is the differences between them ??? 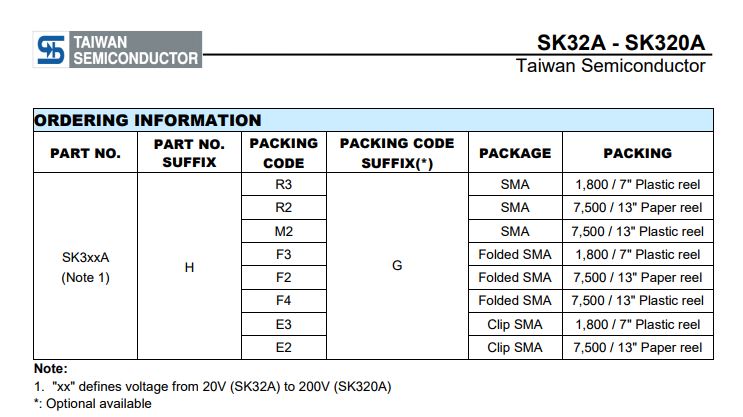 I suspect, that Folded SMA it is SMAF, but I am not sure.

The SMA and SMAF drawings: 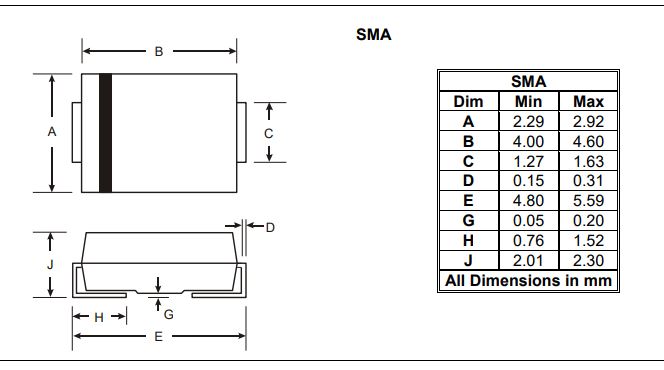 I also received the answer from Taiwan Semiconductor.

@CL, is right it is just different production lines. And all types has the same dimensions, mentioned in datasheet.

Also want to noticed that "Folded SMA" not the same than "SMAF".

There are some pictures of SMA, F(olded) SMA, Matrix SMA, Clip SMA: 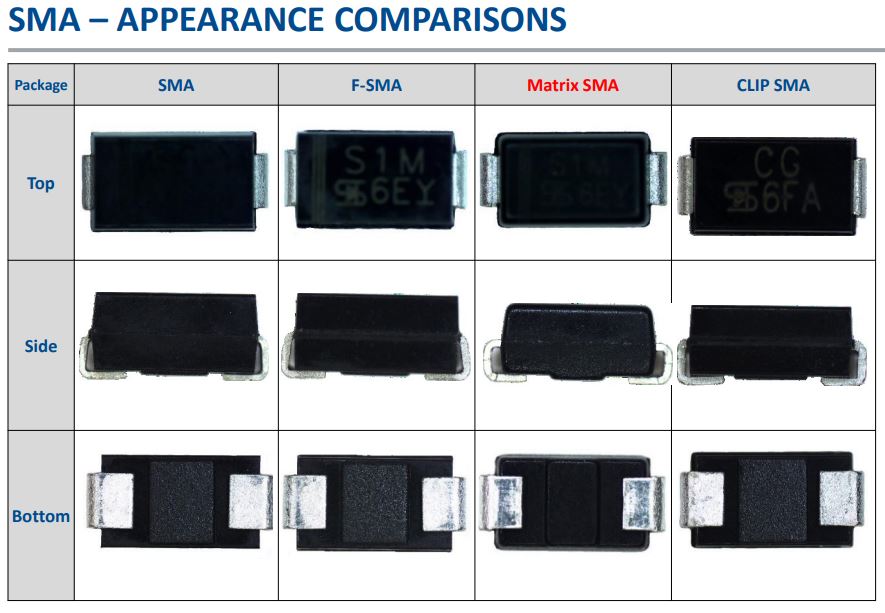 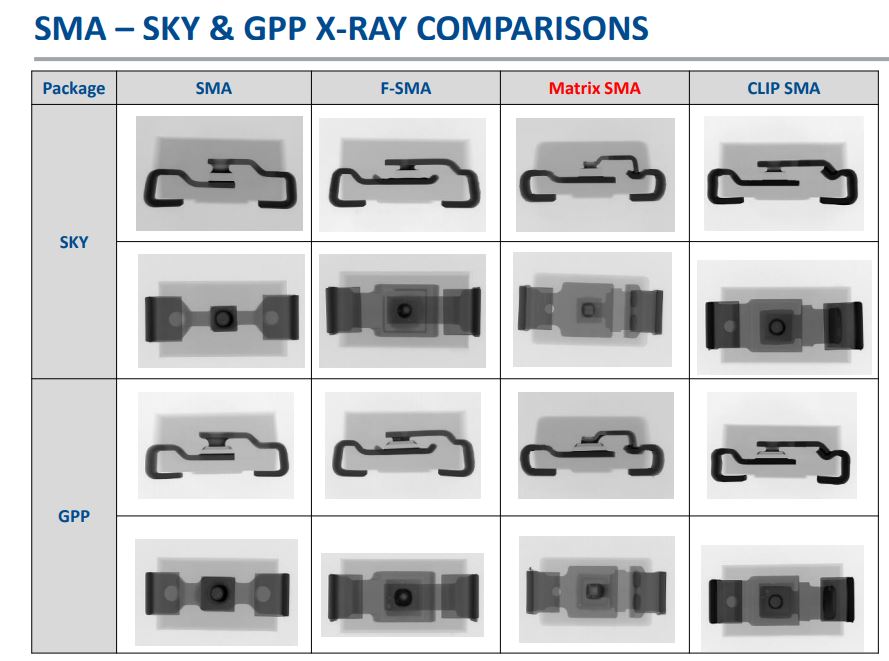 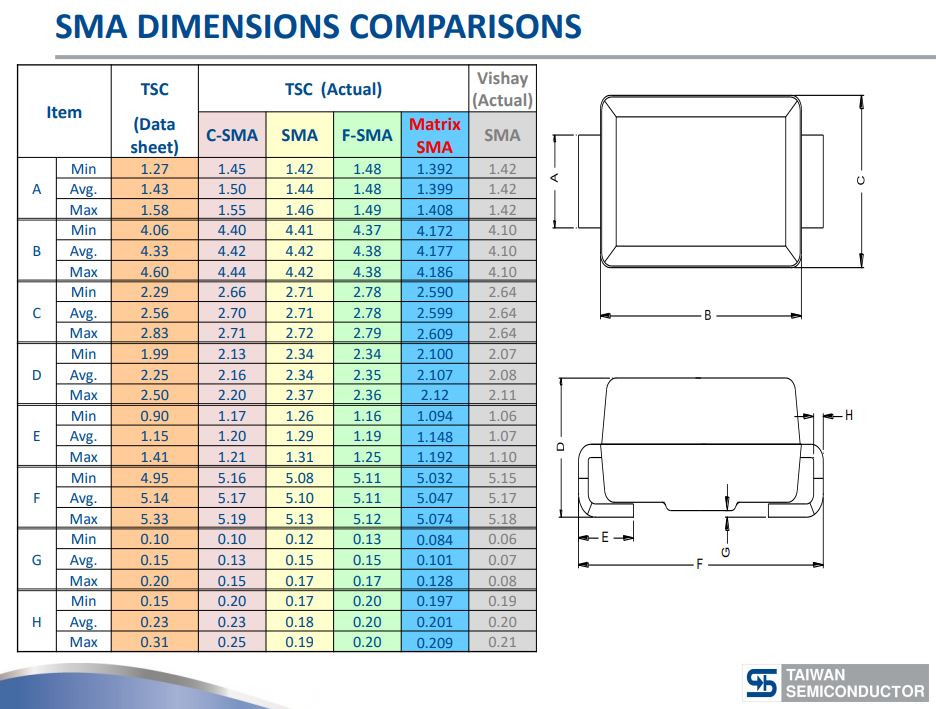 I asked them. They said:

These are only different production lines.

I also got a PDF (not published on the Taiwan Semiconductor web site for reasons I'm not going to speculate about) that shows the differences down to the last µm, but all variants (SMA, F(olded) SMA, Matrix SMA, Clip SMA) match the SMA specification in the datasheet.

SMA is the standard lowest cost. SMAF is half the height (Folded) Some are long lead time. These are stock in some places. SK32A-LTP
Both use same footprint.

Not the answer you're looking for? Browse other questions tagged diodes surface-mount packages drawing or ask your own question.

3
SOT23-5 Package vs SOT23-5L...Differences?
3
Identify high current LED Package name
2
What do these numbers on a package drawing mean?
0
Help identifying package lead
0
QFN20 package sizes
0
Recommended package size and type for a surface mount linear regulator IC that will be hand-soldered?
3
02B k SMD part misbehaving
1
replacing obsolete HEMT and differences between Package/Case and Supplier Device Package
2
What SMD is "A40" and "SB"?