One of capacitors on my IBM 5150 motherboard burned out, so, I'm looking the way to replace it. I tried to google to identify this capacitor: 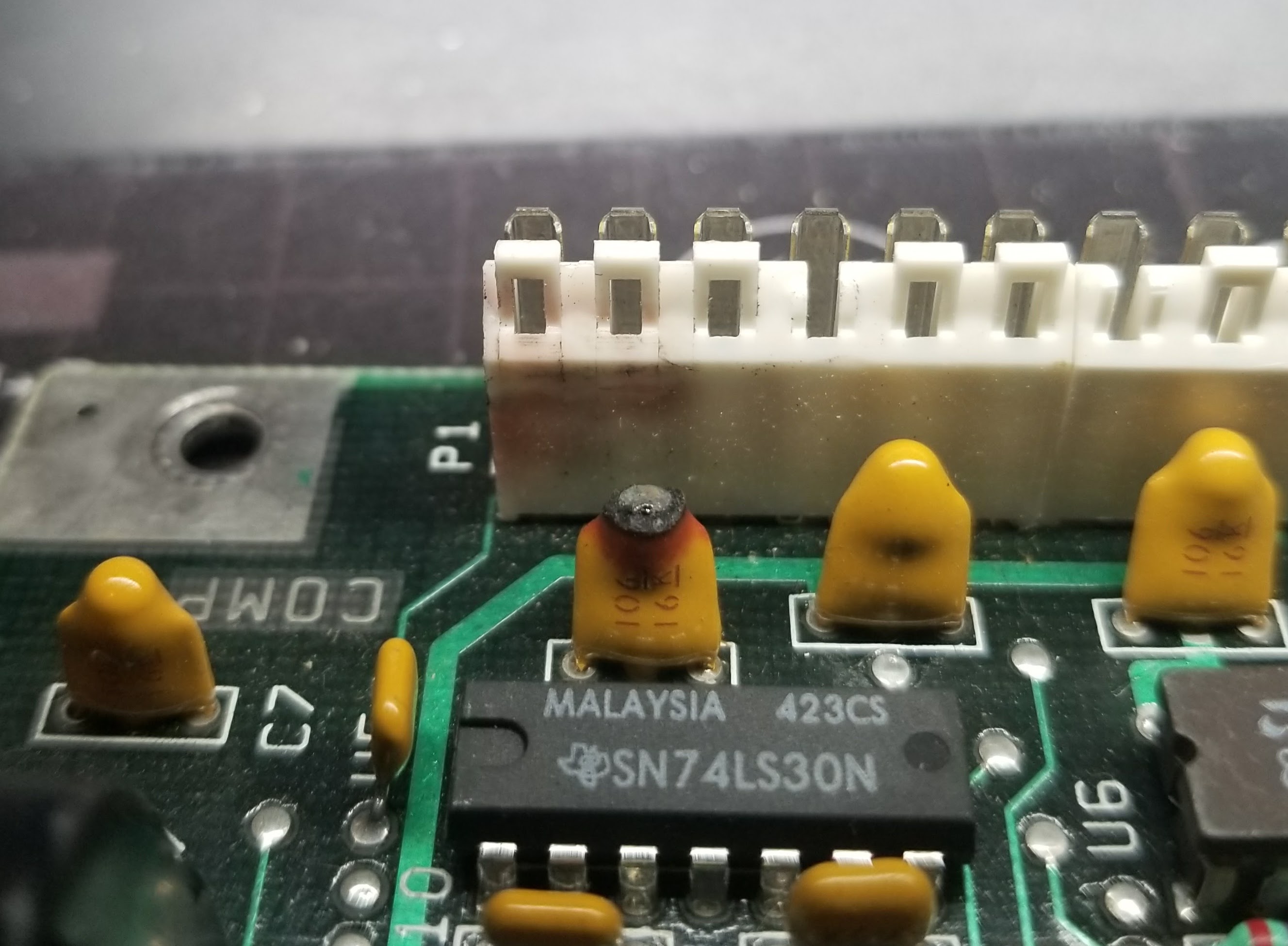 It looks like it's a 10 μF 16V three terminal capacitor, but I was unable to find anything like this on ebay, so, probably, I'd better to make a replacement using two capacitors, but, I have no idea how to make it. I would very appreciate any help because I really want to resurrect this motherboard.

here is another image (i decided to cut it from pcb, because I don't want to do something irreparable with my soldering iron, as I understand this board has several internal layers): 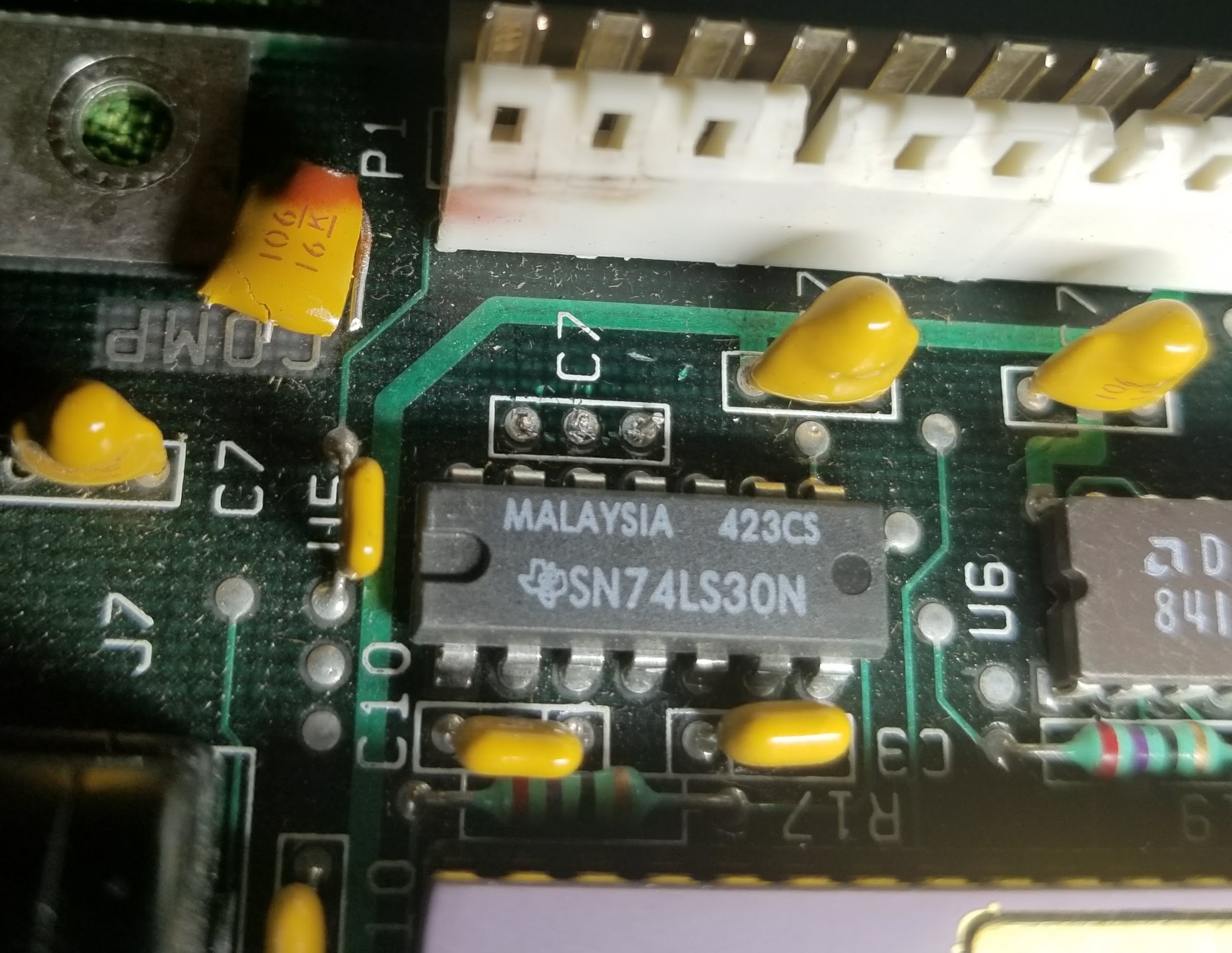 P.S.> I've made one more picture which is representing polarity. So, it's getting -12V on outer pin. 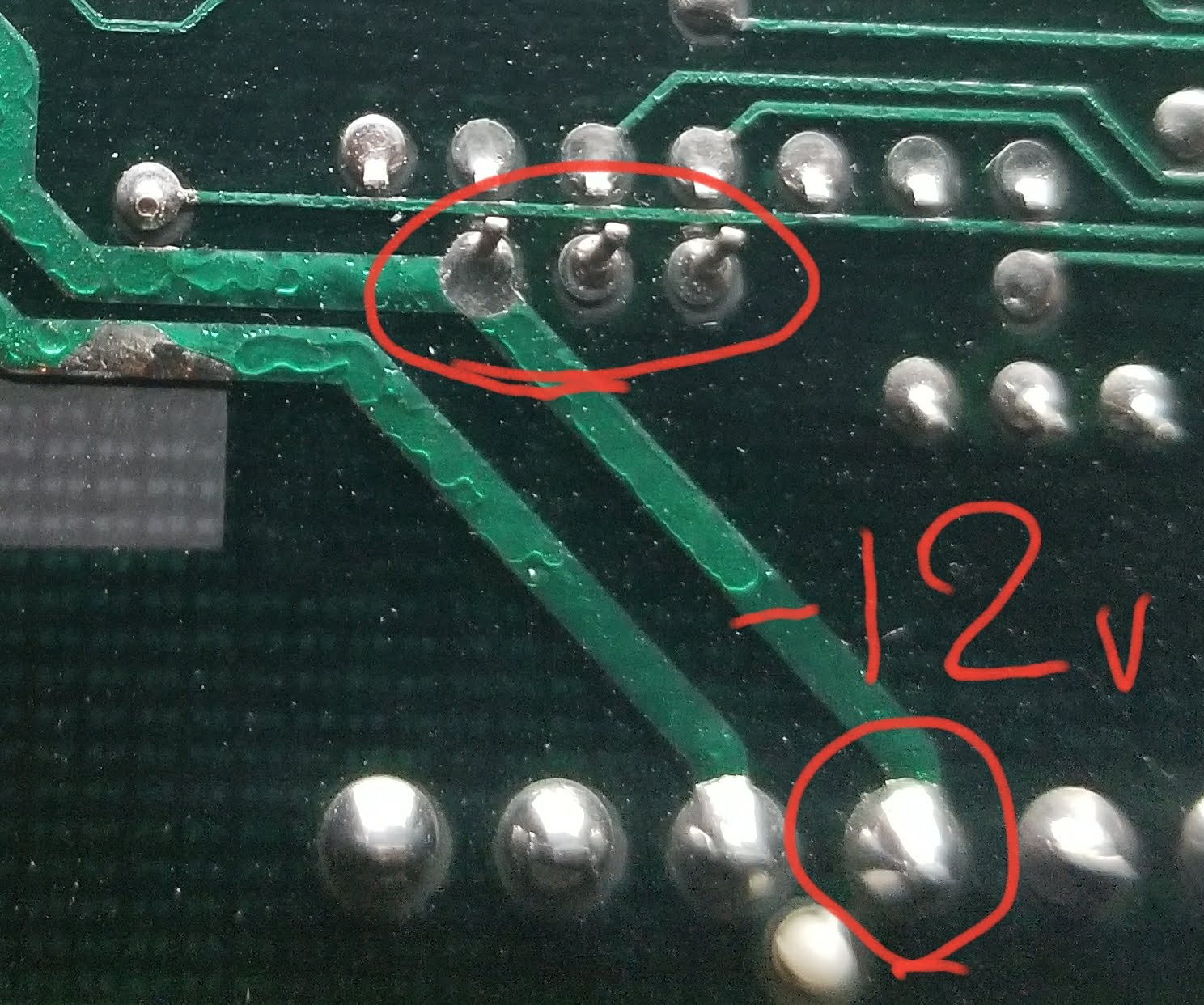 It's only a single capacitor, not a 2 in 1 package.
The outer leads are internally connected as a feed-through.
From this Murata Doc: 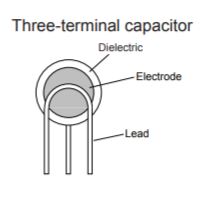 So if you can't find a similar one to replace it with, you can loop a piece of wire between the outer 2 pins and connect a 2-terminal cap from the middle pin to that wire.
Pay attention to polarity !!
You will obviously lose the noise-suppression & other characteristics that the correct three-terminal cap would have given you though.

Not the answer you're looking for? Browse other questions tagged capacitor motherboard or ask your own question.