DC motor won't run - how to increase strength of coils?

I'm trying to make a DC motor, but it won't run and I suspect the issue is the windings. When 12v is passed through, they're magnetised but move only a few millimetres, and only if they're in certain positions. Everything's connected right, the current is definitely passing through, and the stationary magnets are big and beefy. I used 0.4mm copper wire, 350 coils around an iron core, 3 total connected in series to a split commutator. There's no load, so nothing that really could be stopping it.

edit/update: First some extra information, yup, they're magnetised in the right direction. The brushes are energising the coil at the top - I thought that was the right one to get the most torque?? I've tried spinning it to get it started but it still peters out millimetres afterwards.

And then the update: The current was passing through the wire into the core. The threads of the screw must have cut into the wire. So I decided to rewind the whole thing anyway. Hopefully attempt 2 works better? 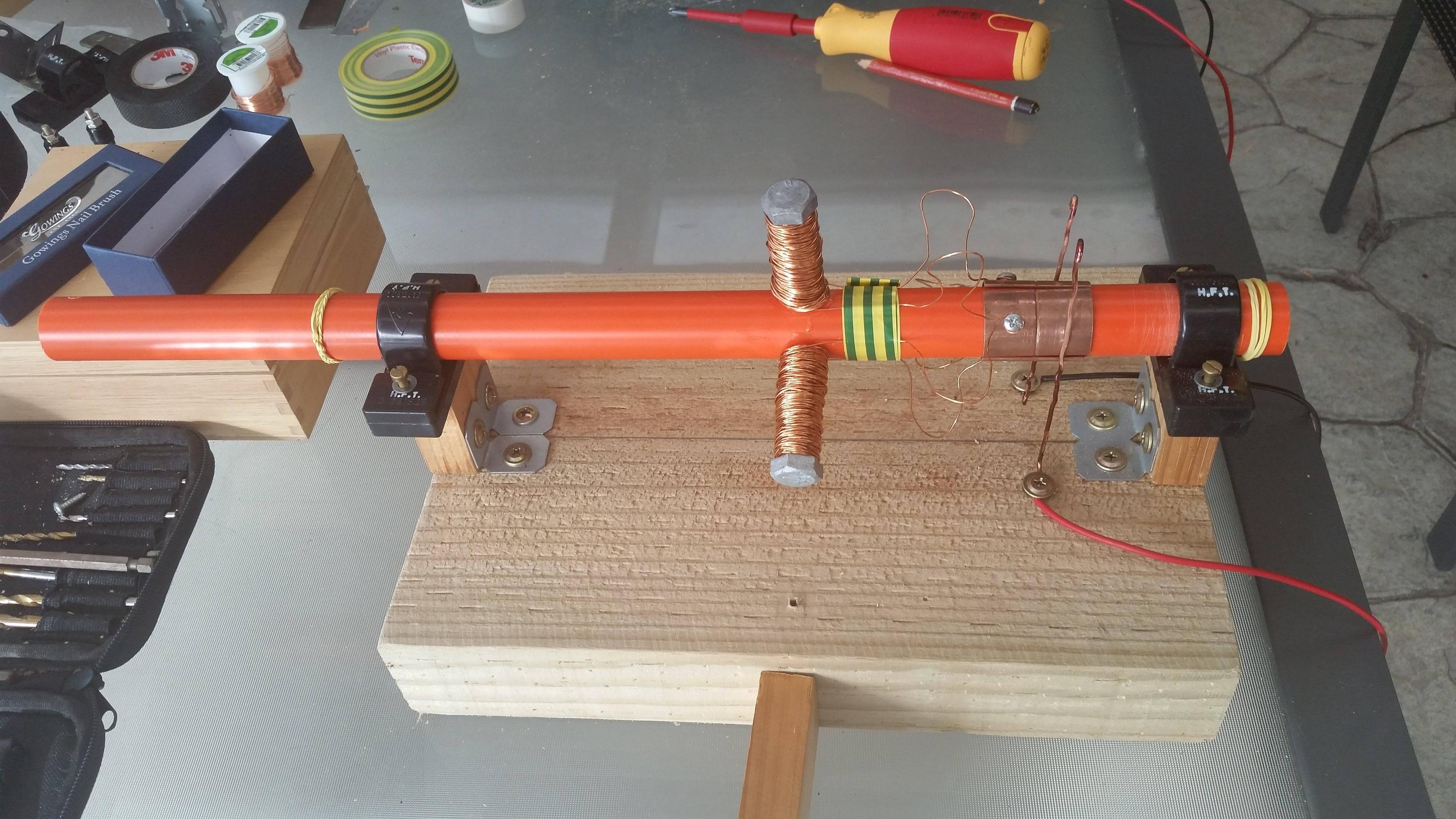 update 2: rewound so current isn't passing through core. It's working slightly better now, maybe a cm of movement? I'm seriously stymied though because I was counting on that being the issue.

update 3: the magnets are as close as possible without hitting the bolts each revolution. They're about 5 cm higher than the hole, so possibly too high? The coils definitely are producing some magnetism, a compass is changing when I hold it next to the energised one, I just don't think it's enough. I'm now playing around with the commutator and brushes to see if I can adjust something.

update 4: changing the order of the commutator seems to have helped some. Though they're not in the picture I do have two field magnets but now I'm pretty sure they're too small (pole is about 1cm x 1.5cm) so I'll try to get bigger ones tomorrow. There's 3 electromagnets spaced 120 degrees, sorry for the poor picture. I'll add a new one with new magnets. The commutator is intermittently sparking if I manually turn the shaft, I'll try to fix up the ends tomorrow too. 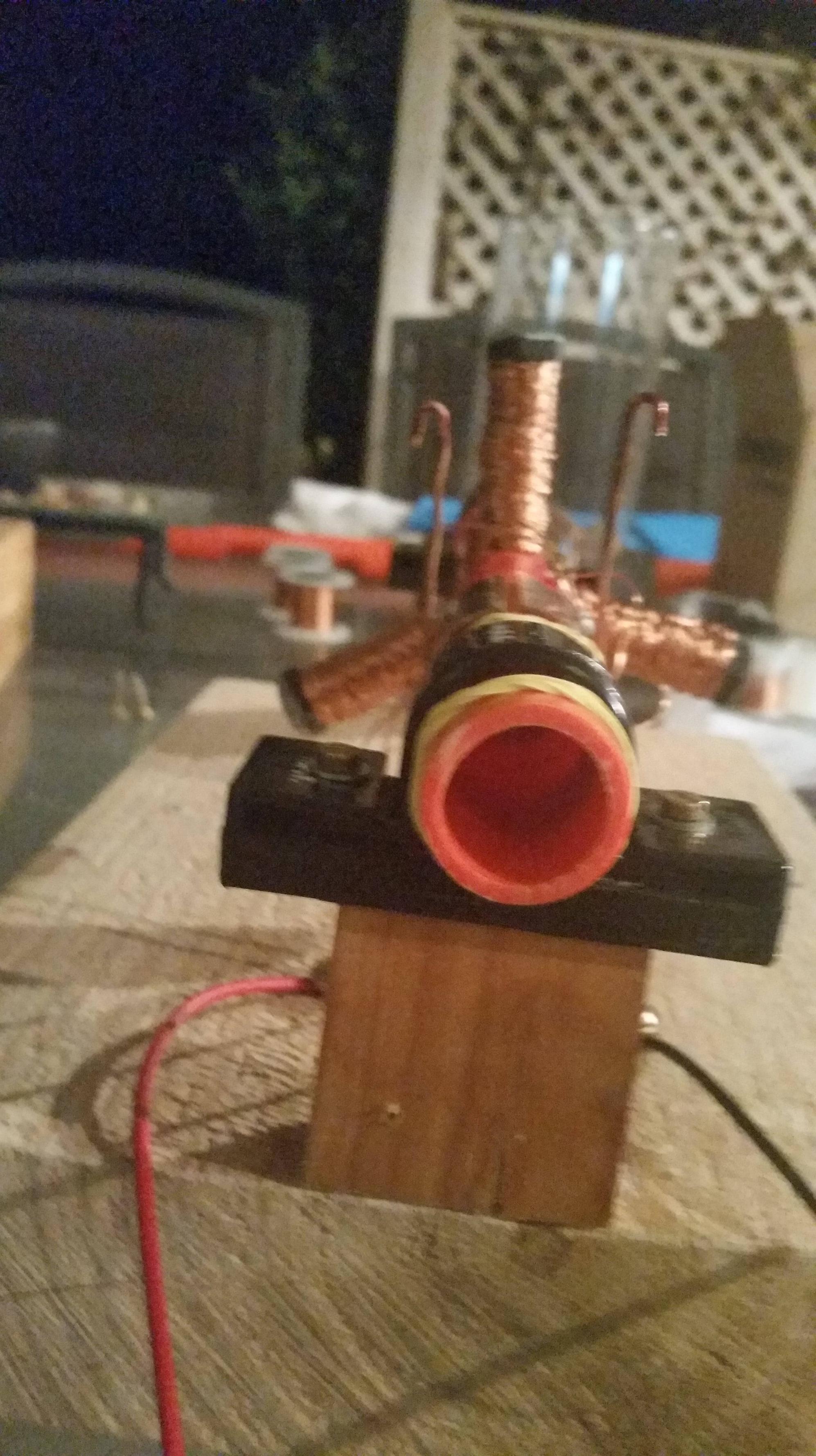 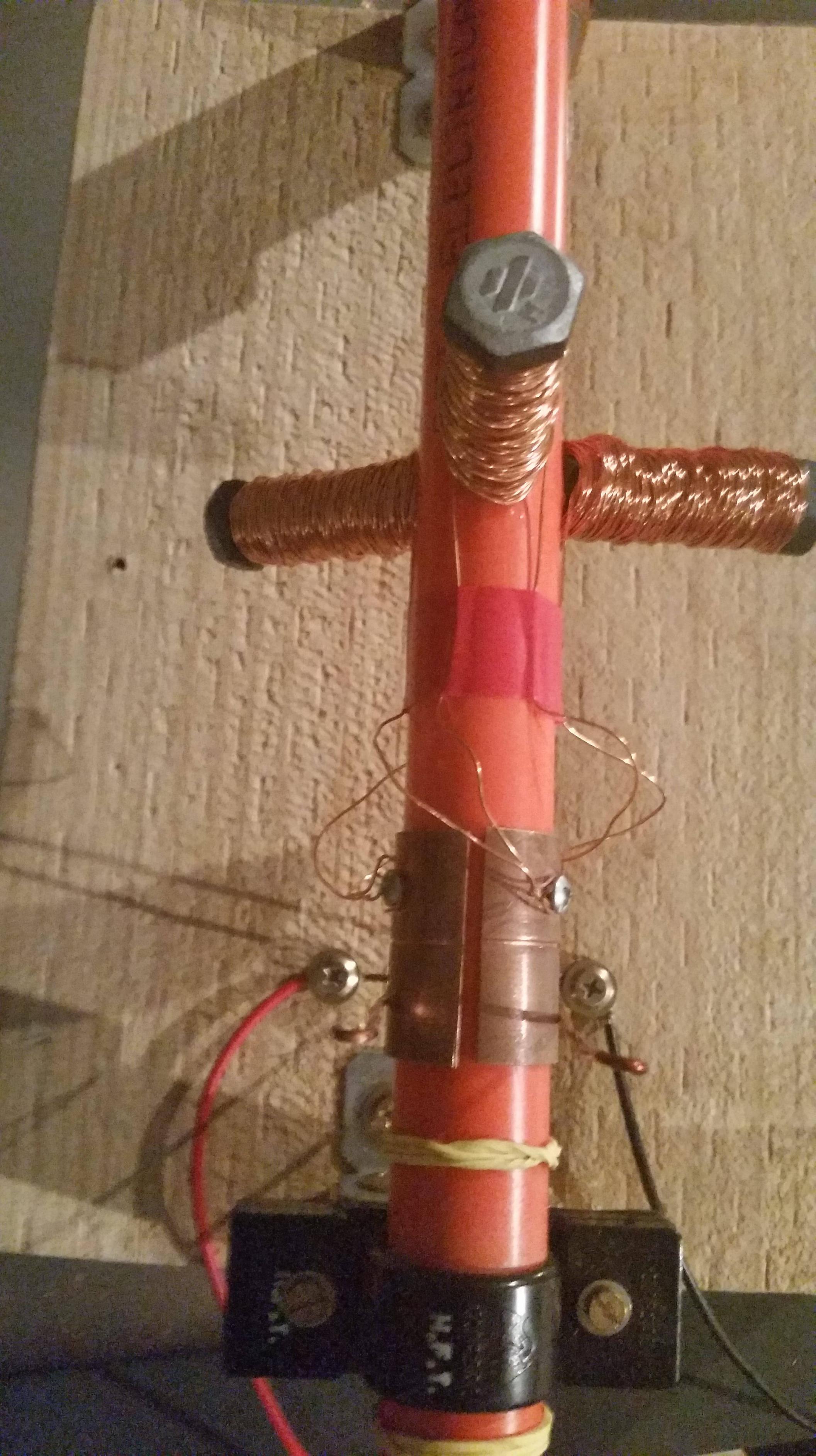 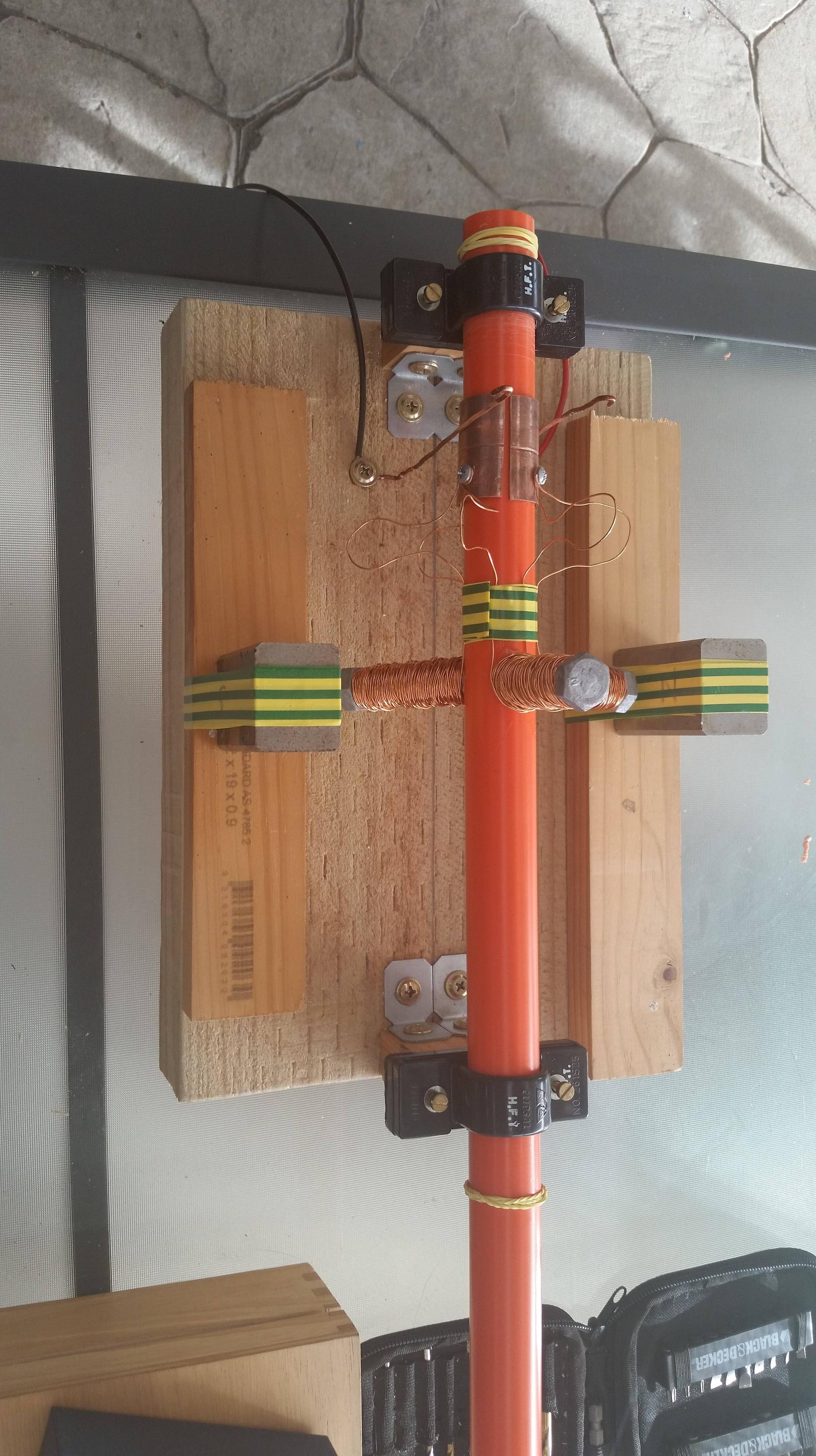 There are a few obvious things to fix here:

Not the answer you're looking for? Browse other questions tagged motor dc-motor homework or ask your own question.

1
220VDC motor slow and jerking
3
Making a controllable H-bridge
9
Asynchronous motor with motor capacitor sometimes won't run backwards when it should
1
Determining how to make 7 wire DC motor run?
0
Motor eddy current to resist 100 kg mass accelerating from stationary to 1 metre per sec
3
PID Run Away Motor Control
1
DC motor armature rewinding
1
For a constant load, how does increasing supply voltage increase speed of the motor?
0
How to increase the power of an electric motor?