Dependency of Conductivity on Temperature of Extrinsic Semiconductor

For an Extrinsic semiconductor ,how can we proof the following dependency of Conductivity on Temperature as shown in fig.: 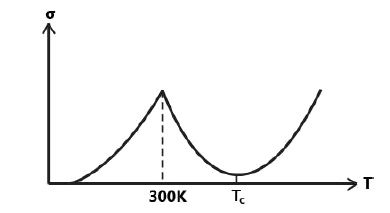 Beyond Tc, the semiconductor completely behaves as an intrinsic one and it's conductivity increases with temperature.

Not the answer you're looking for? Browse other questions tagged temperature semiconductors conductivity or ask your own question.