How do components on a ground plane of monopole pcb antenna effect radiation/efficiency?

I am trying to design a 2 layer PCB including two transceivers (GSM module + Zigbee IC) with internal PCB monopole antennas. I managed to have a solid ground plane on non-component side as recommended in general. Now I would like to insert a touch screen display which covers the most of that solid ground plane. Here's a screenshot (GSM only) 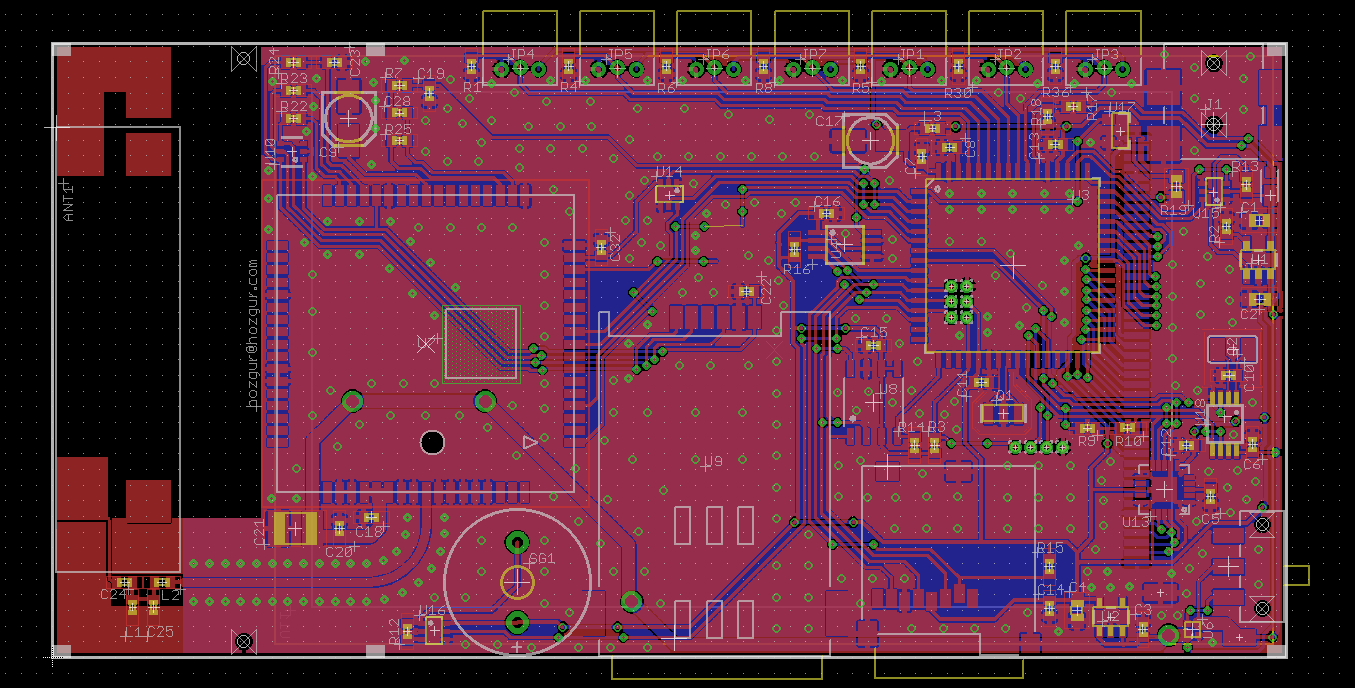 I read a ground plane completing a monopole antenna would behave as dipole antenna. Since this ground is covered with a lcd display, the performance would be affected, right?

How do cell phones manage this issue?

Also if a monopole antenna radiates in one direction opposed to ground plane, why no ground plane under antenna is a must?

Usually the built in antennas of integrated modules are self contained. Look at the datasheets and there should be a spec about where there must not be a ground plane under the module. Some modules are arranged such that the antenna is at one end past all the mounting points so that it can stick out from the board. In any case, follow the spec about how far to keep the ground plane and other metal from the antennas.

Other than keeping the ground plain away from the antennas, the ground plane is a good thing. It is surprising that you would try to do something like this with only a two layer board. After the cost of the GSM and Zigbee modules surely the extra cost of 4 layers is negligeable. Unless you're making at least 100k of these things, trying to get away with 2 layers sounds like penny wise and pound foolish. I would use 4 layers with layer 3 being a pervasive ground plane except for where the antennas are, which should be cutouts in the ground plane at the edge of the board. Don't make the cutouts holes in the middle. This allows for putting parts on the bottom side easily.

Not the answer you're looking for? Browse other questions tagged pcb layout antenna ground radiation or ask your own question.

3
Blocking RF on same side as PCB antenna?