Background on the issue:

I currently have an SPI bus between an Atmel ATSAM3X8E and a Spansion FL164K flash memory chip.

SPI has always been super reliable for me in past projects, but this design is being very temperamental (the routing is far from ideal). Some boards work fine, some have very occasional data loss in the SPI comms, some have nearly constant data loss. The data loss that I refer to is most easily reproduced by constantly polling the ready flag during a ~50 second erase. Mostly the busy response is 0x03 (0b00000011), but occasionally comes back as not busy - 0x00 (0b00000000).

Fortunately I can reproduce the fault on the bench, and fortunately I can also make the problem go away. Unfortunately though, connecting a passive probe is one of the things that makes the issue go away, so I can't 'see' the fault. And I'm not happy to call it fixed if I am not certain what I am actually fixing. 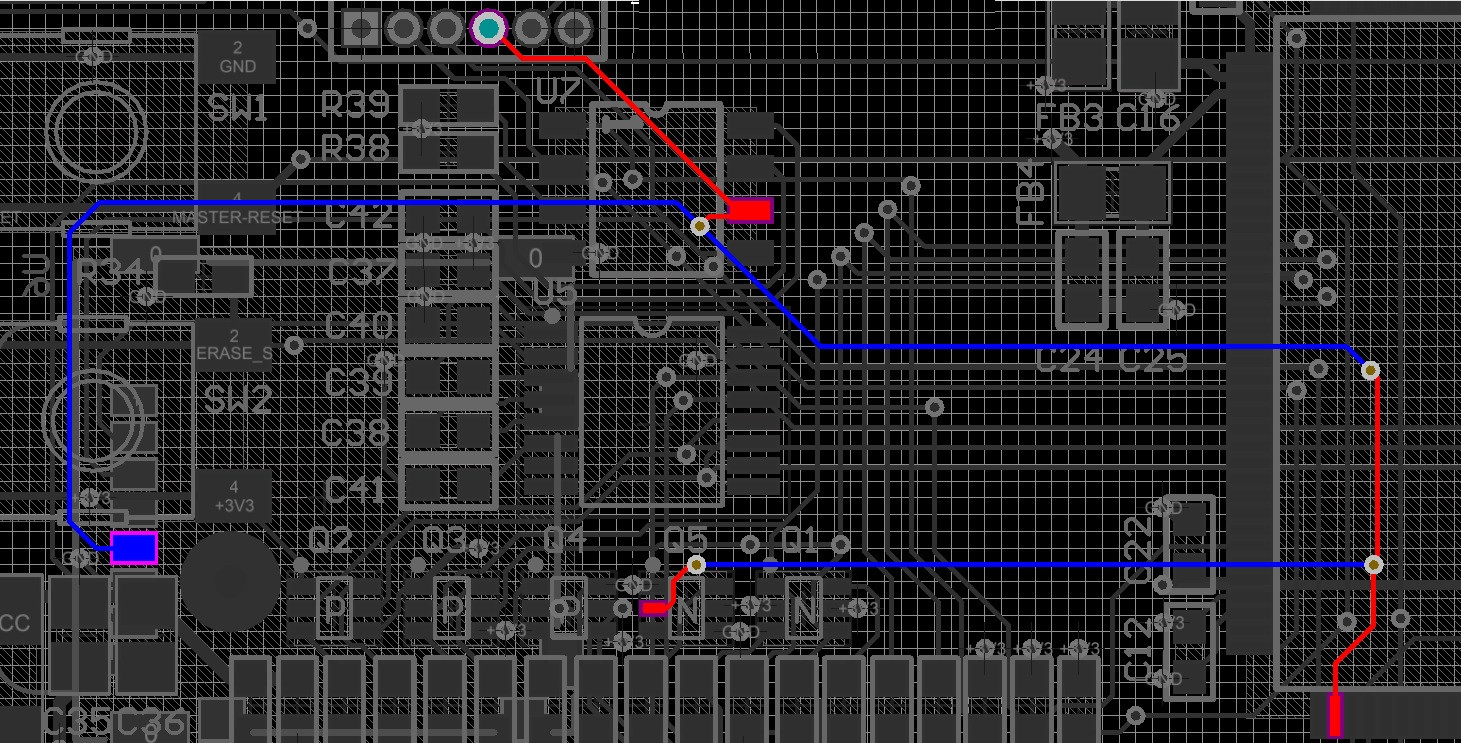 Ways that I can already prevent the problem:

So basically any way of adding capacitance or loading to the circuit seems to make the reads 100% reliable.

Waveforms (taken with a Rigol DS1054Z with the 100MHz option, and a 150MHz passive probe using a ground spring):

Note 2: These shots were taken at a 5MHz clock rate, but the problem seems to manifest at anywhere from 100kHz to 20MHz. 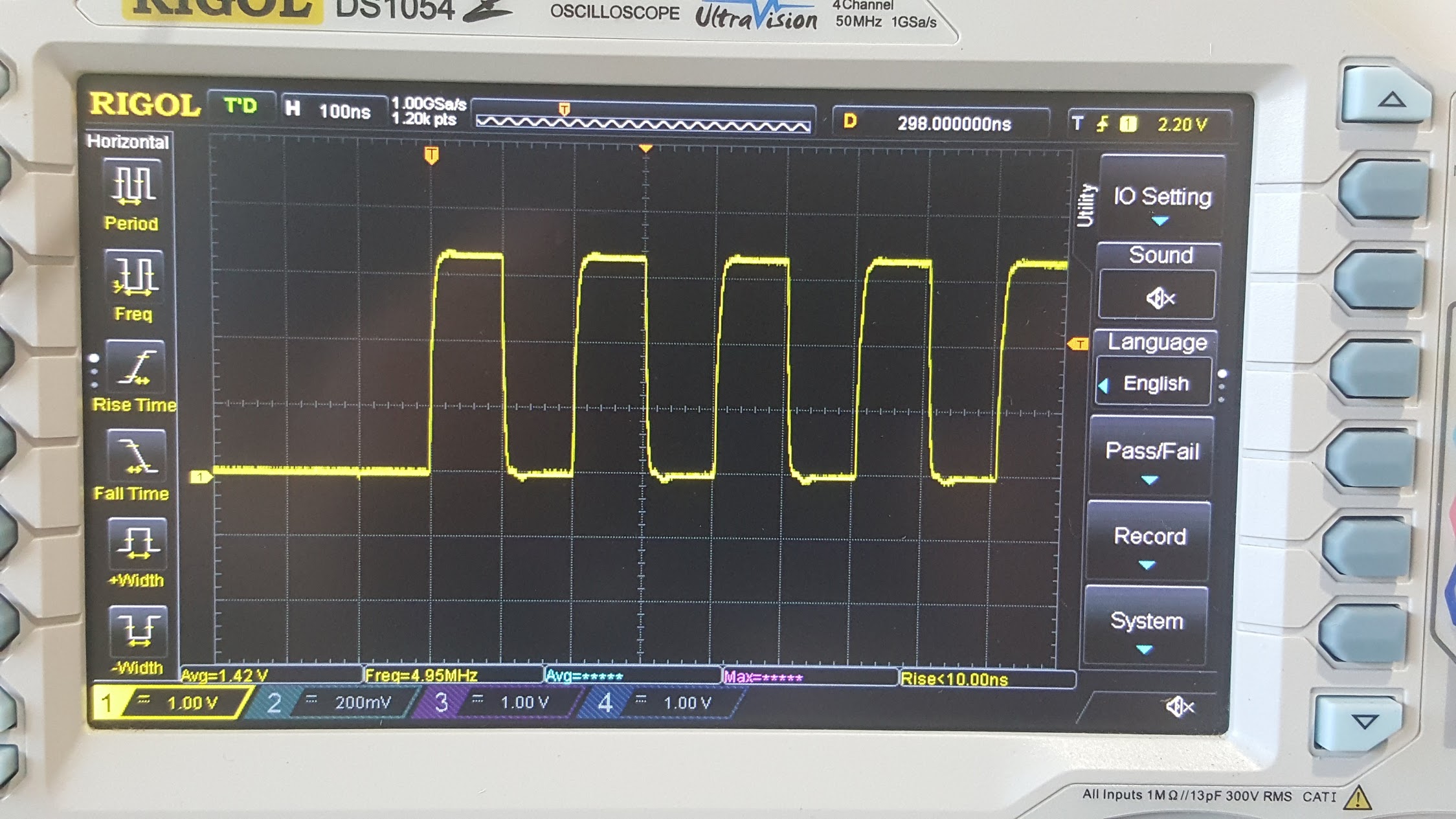 But a closeup shows a bit of a step halfway up 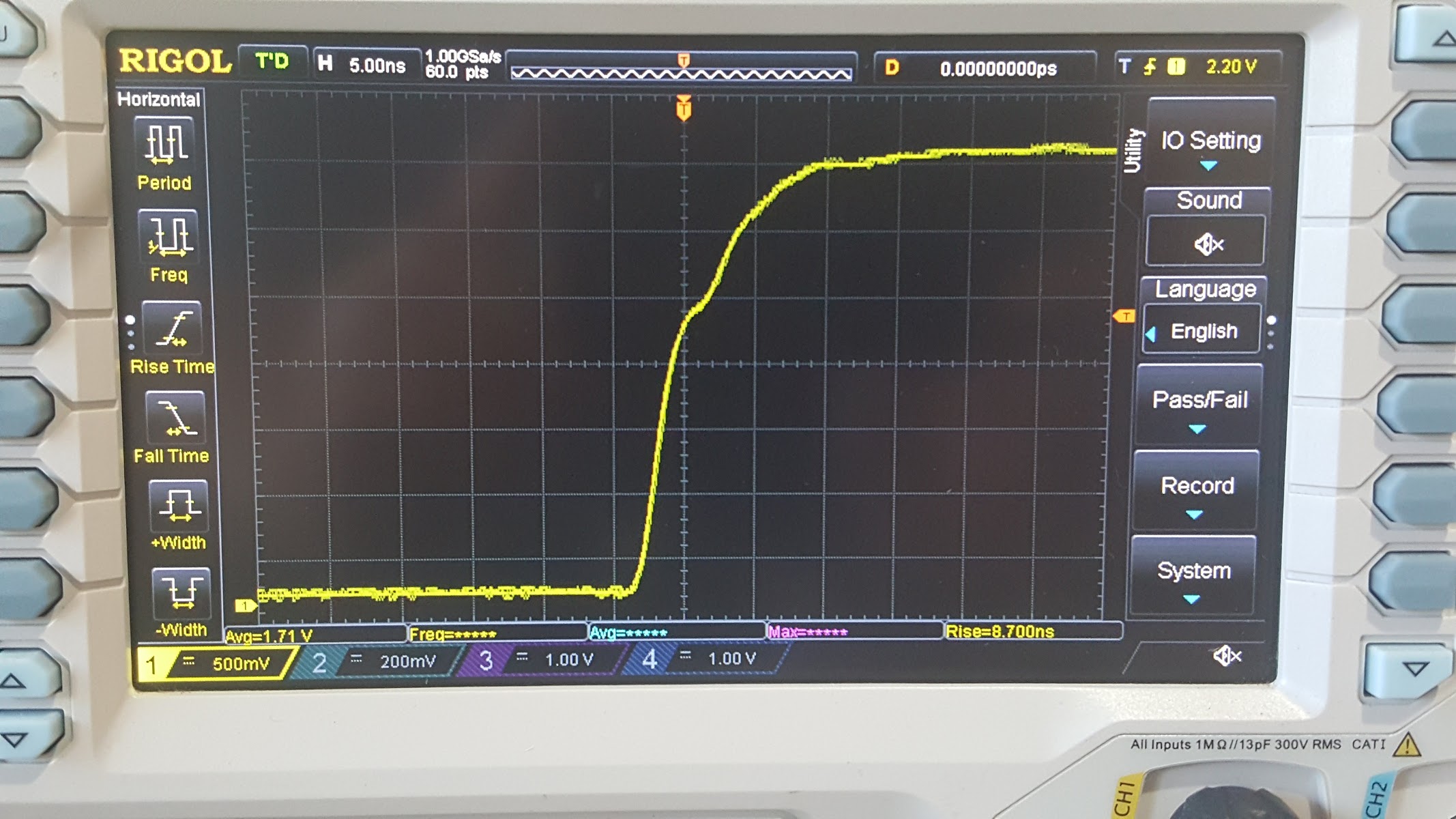 And at the fastest time scale, this is what I see. 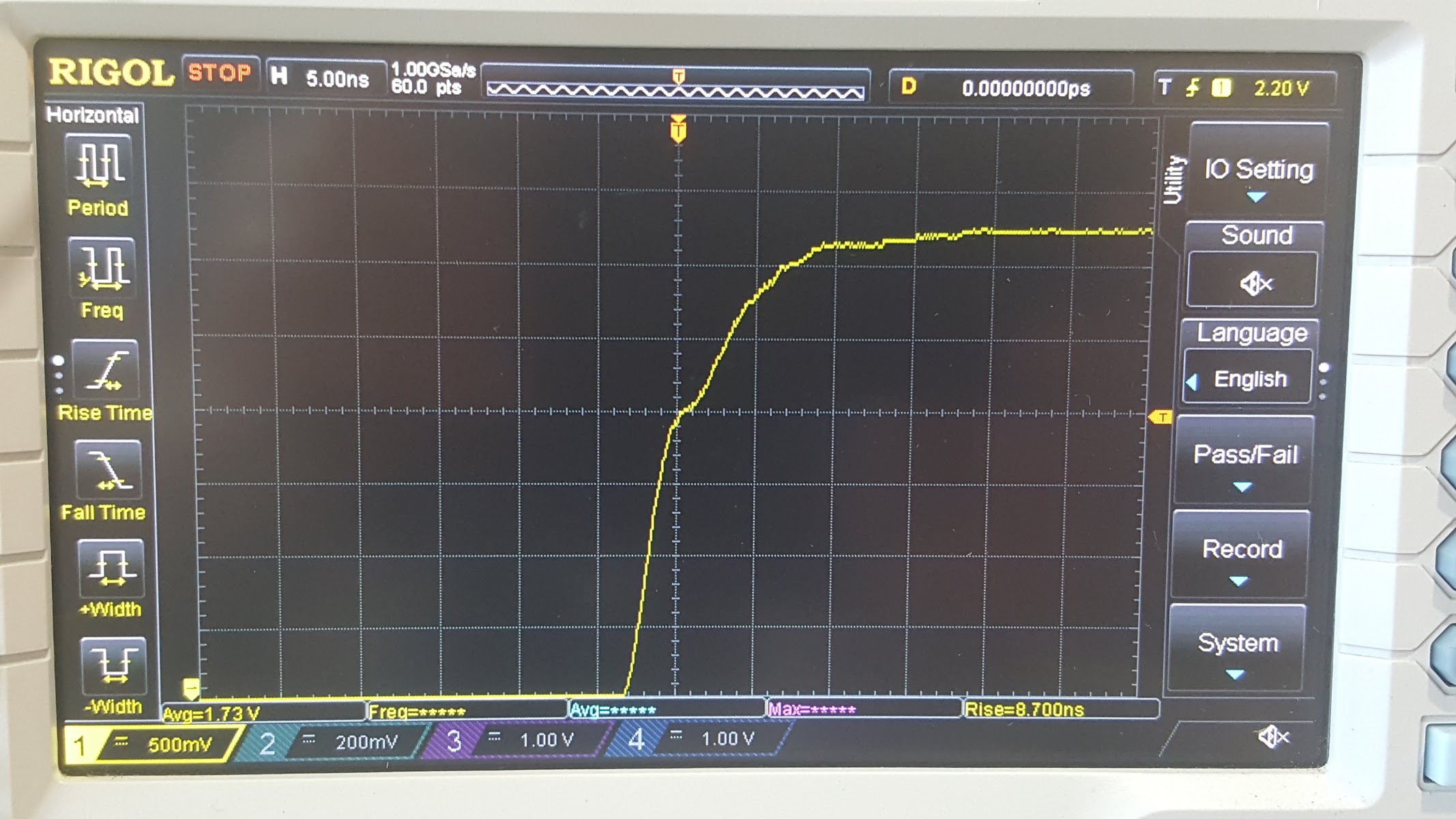 As you can tell, higher frequency theory is not my area of expertise, so I appreciate anyone's experiences in this area.

Fast rise times will cause lots of crosstalk, as you've mentioned this is independent of frequency. It's hard to see in the image what's traces and what's the grid. Parallel routes, or stacking routes on multiple layers make it worse. As you've done, a capacitor can slow the rise time, but you do need to be careful not to violate set up/hold times.

You may be seeing some reflections due to an impedance mismatch. I've seen source termination used on SPI clock lines to account for this. You want the output resistance plus your source resistor to equal the impedance of your trace.

I'm not familiar with the MCU you're using, but check the datasheet to see if you have any control of the slew rate, you might be able to slow it down. This is common on FPGAs which I'm more familiar with, but I have seen it on some MCUs I've worked with.

Not the answer you're looking for? Browse other questions tagged spi clock flash atmel high-frequency or ask your own question.