I'm studying for the best practice to route a switching dc to dc step down regulator. Particularly this TI part.

On page 37 there's a layout example. I was wonder if it could be any problem to place vias in the whole Vout line and not only after the output capacitors.

I upload a photo.

Due to limited space I've placed the output circuitry both in top and bottom sides of pcb. I hope this won't hurt stability or something.

But, I do not know if the extra vias (these I marked with golden color) in the output line are prefered.

Also, Is there any harm to connect the inner layer (which delivers the 5V output) to the vias at the inductor-capacitors point?

I added one more picture to be more clear of my two considerations. Red dots are vias

EDIT: I upload one more photo of my final draft layout. The part I'm still confused is the via placement. I don't know if the output line 5V must have vias in the whole plane like I did or must be placed only after the output capacitors (see photo 2, A and B). 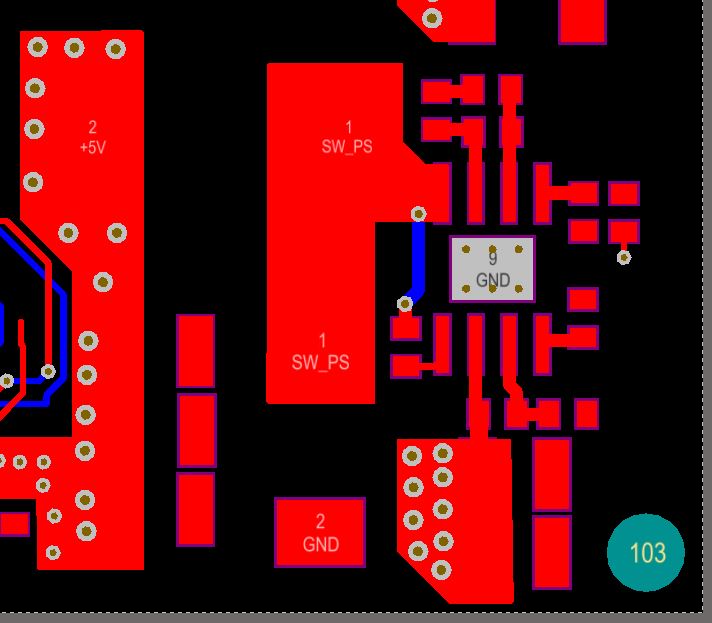 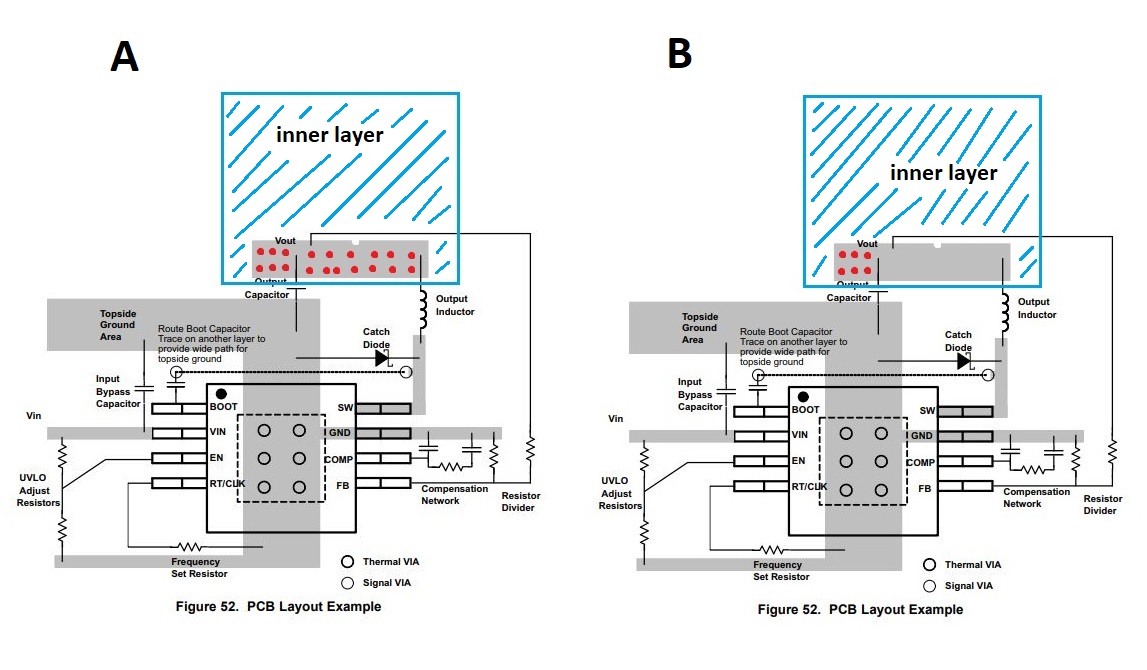 Via placement should be of least concern here. The biggest problem in your layout/placement is that high-current loops are forced across planes (top and ground) via extra vias. Look again at the manufacturer's suggested layout: all high-spikes loops are closed into the same ground pad, top layer, and under the chip. All are tightly localized around the control switcher. In your design, the current must pass between layers (and along the signal ground), and inductance of vias will likely increase ringing, and EMI from your layout will be horrible. Please be less inventive and try to follow the suggested layout as close as possible, including suggested BOM. It will save you a lot of troubles.

Not the answer you're looking for? Browse other questions tagged voltage-regulator dc-dc-converter layout switching step-down or ask your own question.