How did I break this optocoupler?

I'm trying to use an H11AA1 (datasheet) optocoupler to test when my doorbell is pressed (I'm in an apartment building):

It worked when I first tested it, but then it stopped working less than a day later. I have a second optocoupler (which I bought with the idea that I would almost certainly break the first one somehow), and if I swap it in it works. The input part is supposedly rated for 230VAC, so I don't think the issue is there.

I've disconnected it all for now out of fear of breaking the second optocoupler. What did I do wrong? 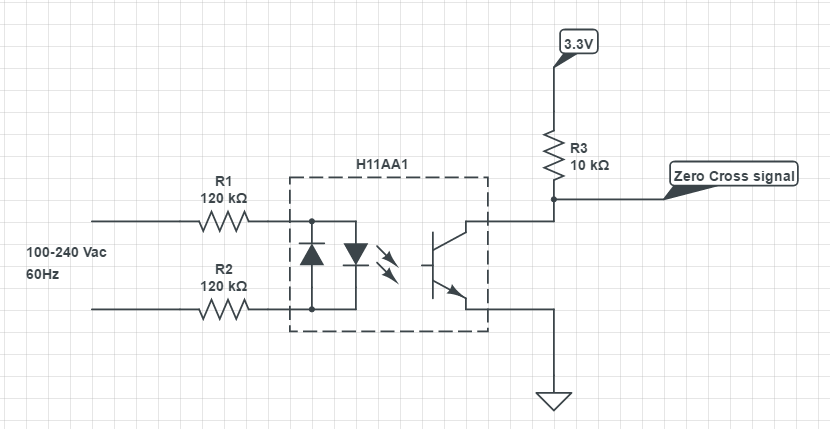 The raw input has just internal diodes and these get messed up from anywhere between 1 volts and 3 volts. Use a resistor. 8 V AC is too much to put on the input. +/- 60 mA is the current limit into the device - stay away from this limit.

Not the answer you're looking for? Browse other questions tagged arduino opto-isolator or ask your own question.

2
Did I use this optocoupler correctly?
3
Arduino Mega 2560 stuck at uploading
0
Did my comparator break?
1
Connecting servo to Arduino over long distance - Servo not working anymore
1
How to choose optocoupler
2
What are some reasons my atmega32u4 loses program when disconnected from power?
2
DC Motor control Optocoupler
0
Optocoupler with Arduino
2
How to properly use the 4N25 Optocoupler