My understanding is that the diode rectifier version works as per the images below; when T1 is on, D1 is forward biased, and viceversa for T2.

However I cannot see it intuitively for the synchronous rectifier version: 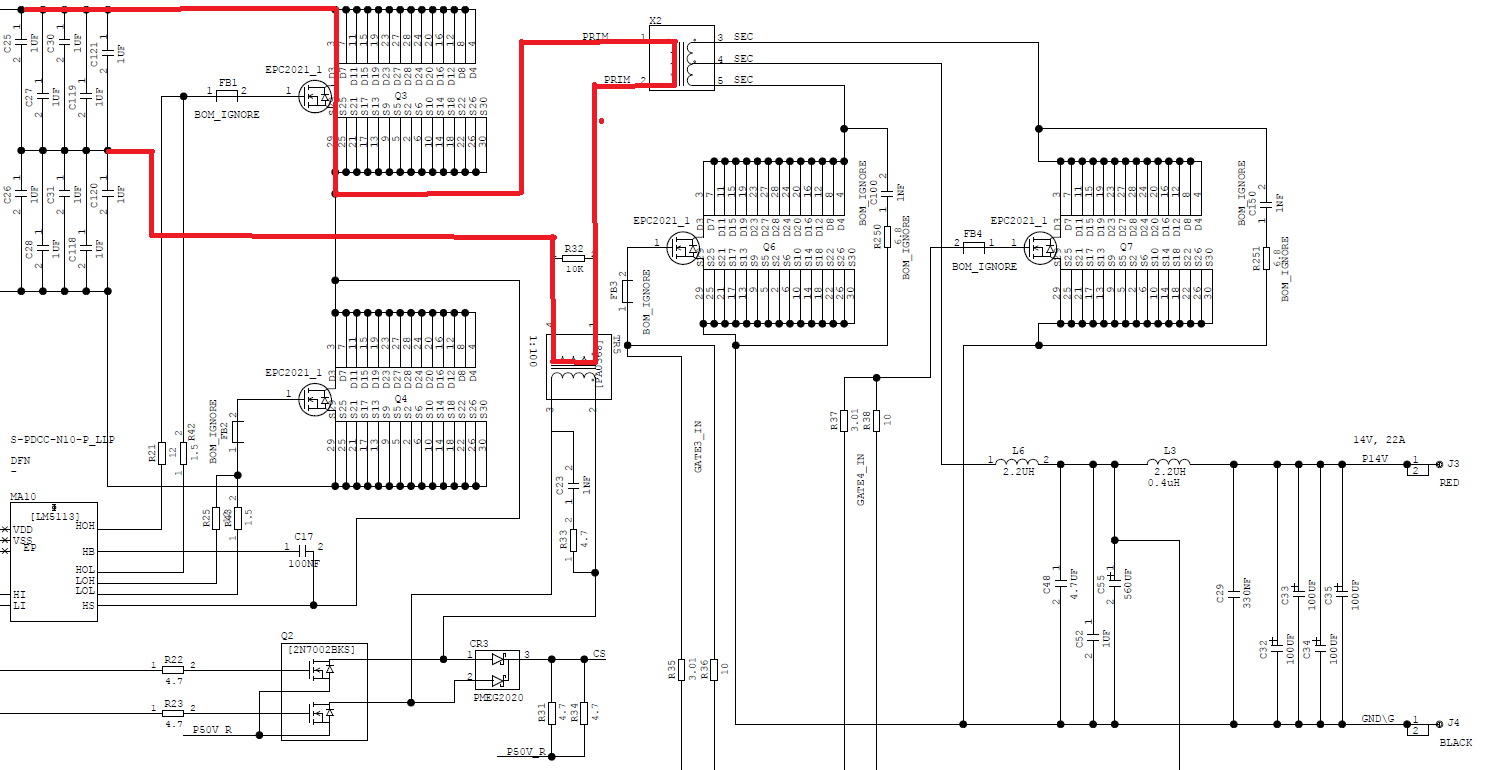 I presumed the FETs would directly replace the diodes, however they are connected to ground unlike the diodes, which is one of the reasons to my confusion. I would greatly appreciate it if anyone could shed some light on this! Furthermore, if anyone has some decent literature on this topology please let me know, as I havnt seemed to find much regarding a half bridge with synchronous recification.

The schematic you have attached is really difficult for me to read, but here's a half- bridge with source-grounded sync rectifiers. The advantage is that the FETs then are very easy to drive: 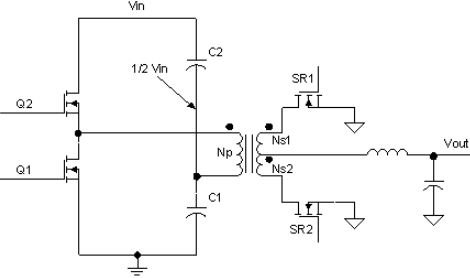 When Q2 is on there's half of Vin impressed across the primary, and whatever the turns ratio gives you on Ns2. Sync rect SR2 is conducting and energy is transferred to the output.

Conversely when Q1 is on, you have -Vin/2 on the primary, the NS1 winding has that scaled by the turns ratio Ns1/Np, and sync rect SR1 is conducting. Again, energy is transferred to the output.

It's also possible to directly replace the diodes with FETs in the topology you show, with the body diodes pointing in the same direction as the rectifiers. You then have a slightly harder task controlling the gates, but it's a perfectly valid topology.

You can read about this here.

I presumed the FETs would directly replace the diodes, however they are connected to ground unlike the diodes, which is one of the reasons to my confusion.

The output is isolated so that's point 1 to remember.

Take this; basically your original circuit: -

Then flip the diodes around to swap polarities: -

Do you now see that you can have two N channel MOSFETs (replacing the diodes) with their sources "grounded"?

Not the answer you're looking for? Browse other questions tagged switch-mode-power-supply rectifier synchronous bridge or ask your own question.