I would like to hack a 3.3v UART controlled Self Balancing Scooter in away that it can keep old logic (control), but optionally it should be able to switch to external control data source.

The question is will the presented schema do the job if

I cut the wires between the Motor Controller and the Gyro Board.

Unfortunately I have no information about the schematics of the current circuitry. 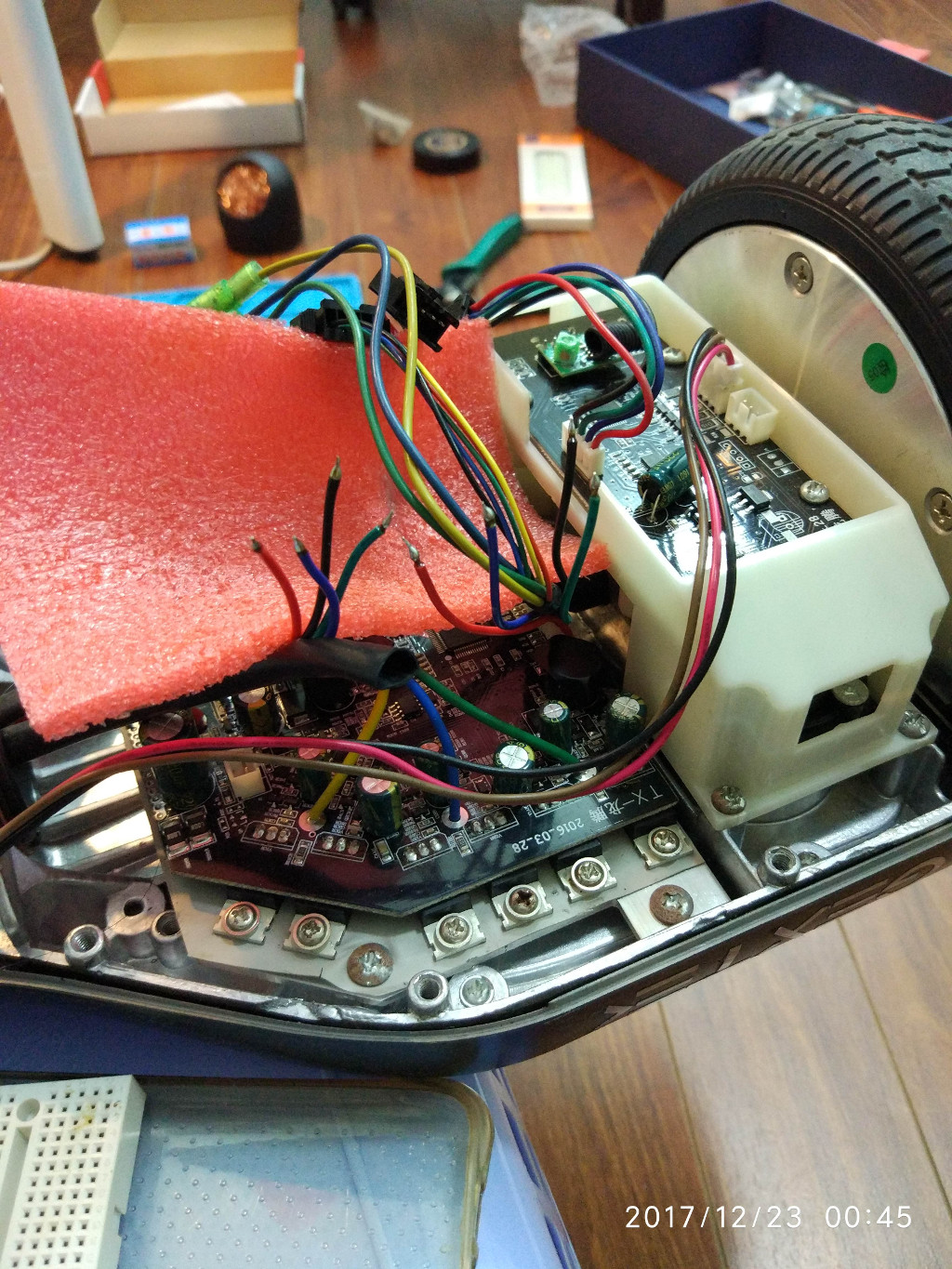 Your circuit as is wouldn't work well for several reasons:

You could always use an SN74LVC2G157DCUR.

These are dedicated 2:1 multiplexers with select line. You'll get better performance than trying to hook up a circuit with transistors and resistors. As they cost less than 40p in singles, they aren't going to break the bank.

The nice thing about them for your application is they also support down-translation. That means that if you run the IC from a 3.3V supply, the inputs remain 5V tolerant. So in your case you would make the connections:

No need for any level shifting as the chip will do that itself.

Not the answer you're looking for? Browse other questions tagged switches logic-level or ask your own question.