Requesting some input on this topic which has already been discussed (partially for my requirement) here: Negative to Positive Voltage Converter

I also have a positive-only display and I need to measure up to -32v DC. I need to convert the minus voltage to the positive equivalent in a simple manner and I am currently thinking of doing this in TWO op-amp stages as illustrated.

Questions: 1. Is there a more elegant & simple way to do this? Using only one op amp perhaps? The limit on +/- supply is a limiting factor hence my 2-stage design. 2. Does anyone see a problem doing it this way? This is a basic block diagram only.

Thanks for your input. Steve 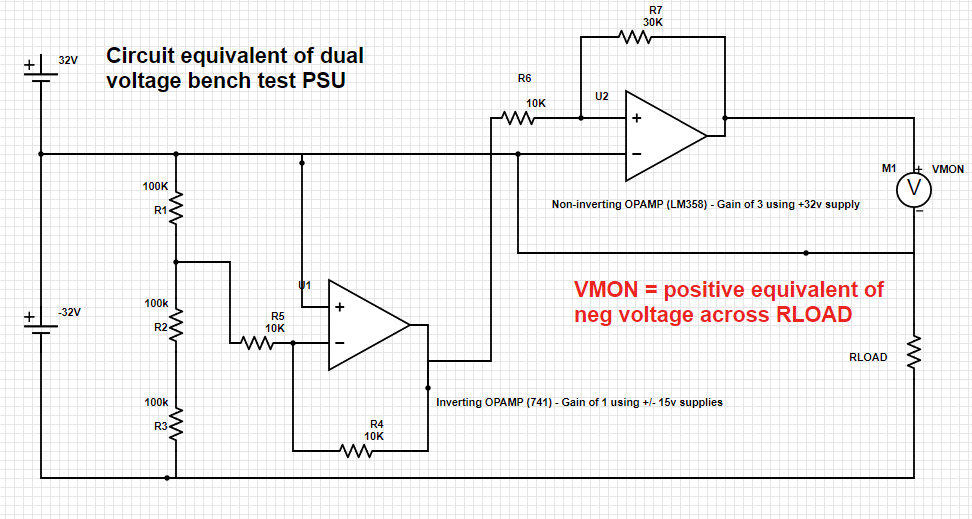 If your input ranges from say 0 volts down to -32 volts then you can use a simple inverting op-amp configuration: - 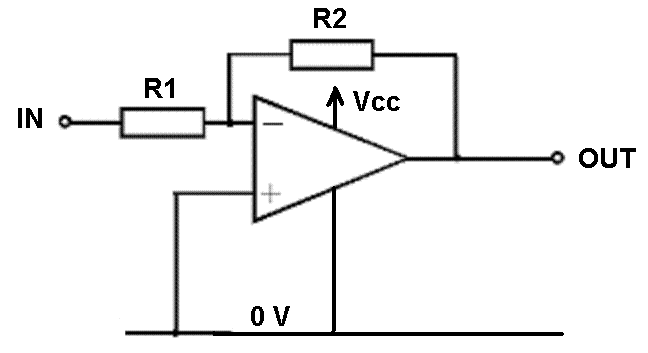 Consider the op-amp chosen will work well with -in and +in close to 0 volts. This is not unusual with rail-to-rail op-amps. Next, as a simple mind-experiment imagine that R1 is 32 x R2. So if Vin is -32 volts then Vout has to be 1 volt to drive -in to 0 volts. I use the word "drive" because this is what happens in an op-amp with negative feedback - the output drives the -in input to match the voltage at +in.

There are a few op-amps that work very close to 0 volts but, as always, to widen your scope of choice, it might be better to make a small negative rail (-3 volts is all that is needed) to power the op-amp's negative supply pin: - 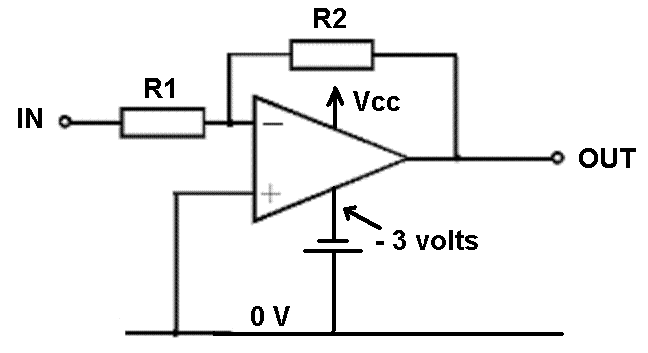 Not the answer you're looking for? Browse other questions tagged power-supply power dc measurement or ask your own question.