So there are several ways to transmit a bitstream but where is the actual info when my carrier is a sinewave?

My basic understanding is we have symbols (phase,amplitude or frequency), we assign bits to these symbols and by modulating or changing those parameters (APSK,BPSK,FSK..) the receiver knows (or tries to decide) what got sent from the transmitter.

So the symbols can be seen as graphical representations of the associated bits?

Your unmodulated carrier is a sine wave. When modulated it can look like this: - 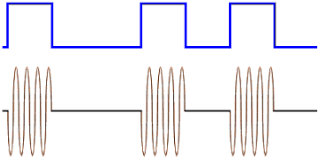 That's called On-Off-keying (OOK) and very similar to morse code. It could look like a version of OOK called ASK (amplitude shift keying): - 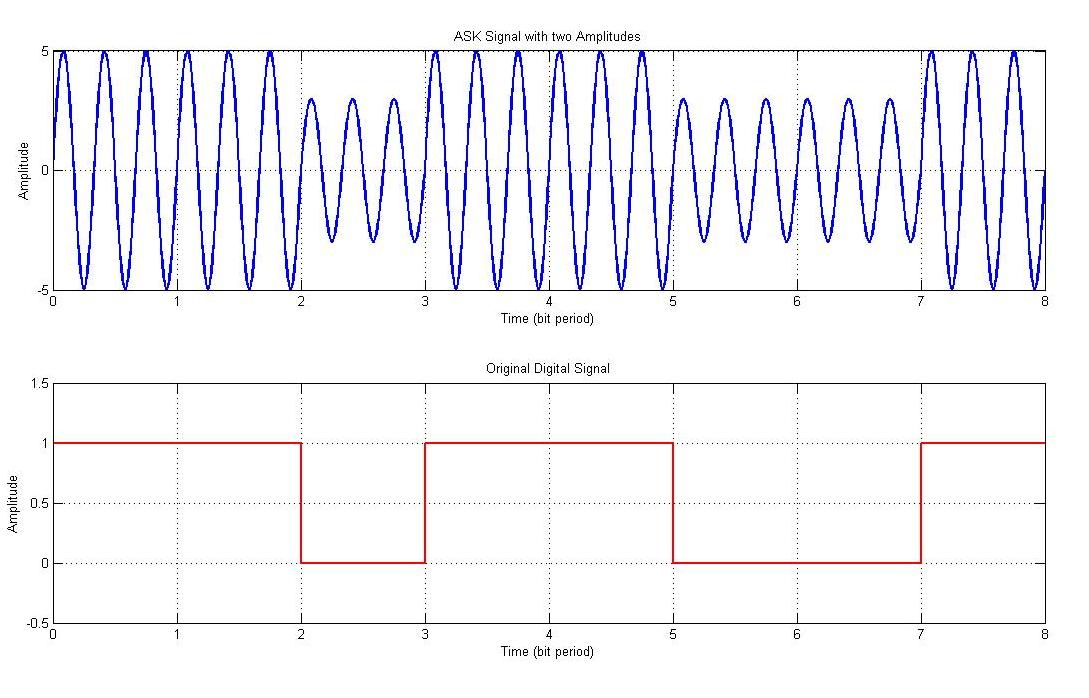 And below is an image of ASK, FSK and PSK: - 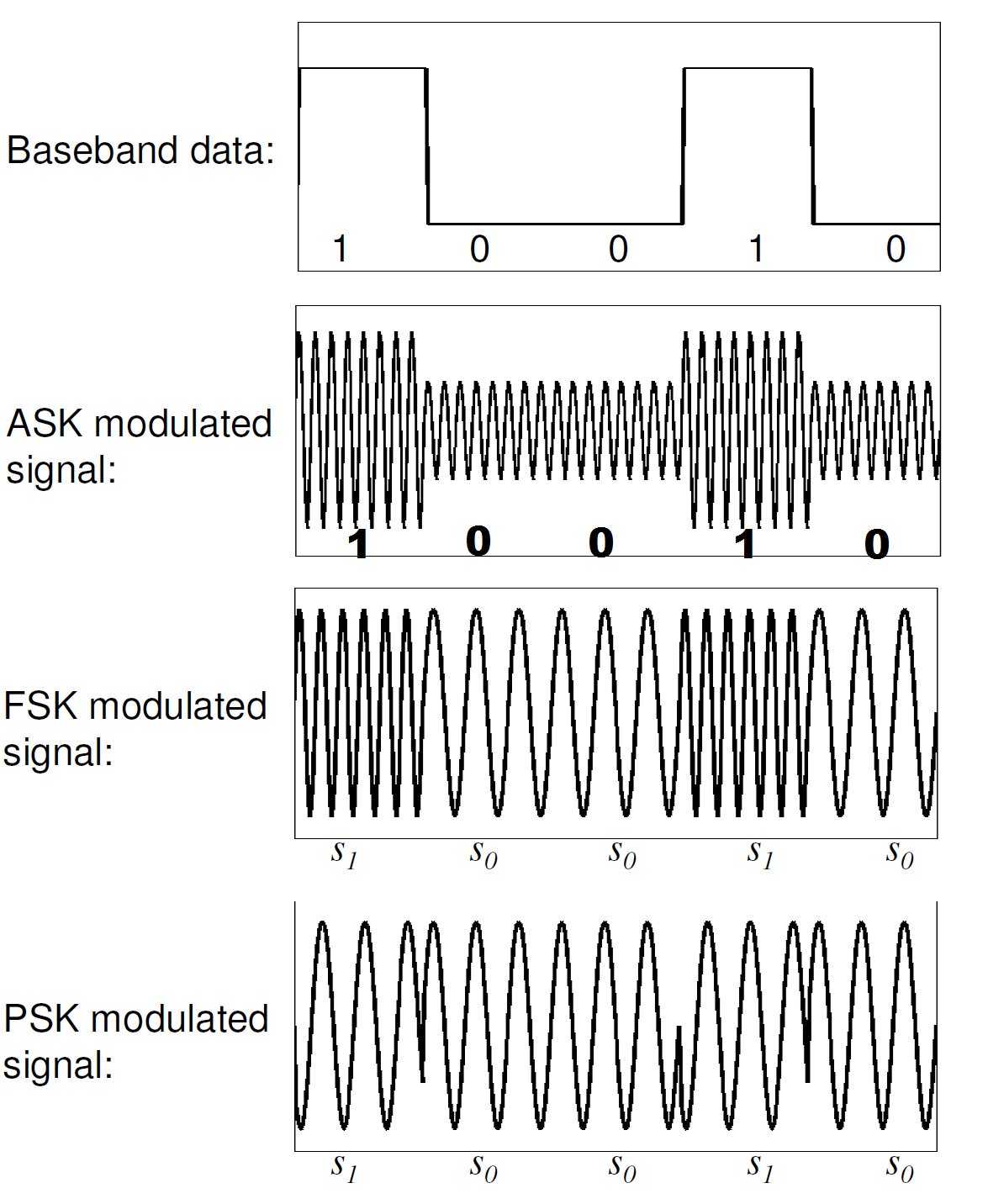 So the symbols can be seen as graphical representations of the associated bits?

The words you use do not ring true. Look at the pictures.

You aren't quite correct with how you use bits, symbols and modulation. First you have bits. A number of bits (determined by your encoding/modulation scheme) makes a symbol. A symbol is what is transmitted in one time instant (different modulation schemes will have different time periods for when a symbol is valid). The actual alteration of the carrier wave to represent this symbol is a function of the modulation scheme. The basic schemes are Frequency Shift Keying (FSK) which would alter the frequency of the carrier, Amplitude Shift Keying (ASK) which alters the amplitude and Phase Shift Keying which alters the phase. There are other schemes which are more complicated (QPSK, QAM, etc) but these are rally variations of the basic schemes.

As an example, using on-off Amplitude Shift Keying. A valid 1 is indicated by the presence of a carrier wave above a certain amplitude . A valid 0 is indicated by no carrier wave. The symbol would consist of 1 bit. By altering this to have four amplitude levels you could transmit a symbol consisting of 2 bits (amplitude 0 = "00", amplitude 1 = "01", amplitude 2 = "10", amplitude 3 = "11"). Some modulation schemes can transmit a much greater number of bits in one symbol. If you were to view this signal in the frequency domain you would see your carrier, at a fixed frequency, varying between the fixed amplitude levels.

This basic description holds for the other modulation schemes. In FSK different frequencies would represent a different symbol. This would look like the carrier jumping between the various frequencies.

Not the answer you're looking for? Browse other questions tagged modulation digital-communications or ask your own question.