I was trying to measure received signal level of a pulsed signal (at 433MHz) sending packages of 64 bytes with an interval of 1s. As shown in the attachment, the settings of Spectrum Analyzer are RBW=100 kHz, VBW=300kHz, sweep time=2.5 ms and span=2.0 MHz.

The first problem is the conflict between signal integrity and sweep speed: When the attenuation got more and more significant (the TX is moving inside a lossy medium), the received signal amplitude got reduced a lot which made it more difficult to detect. That's why I had to broaden the received signal by reducing span and RBW. The result is the received signal seemed to be much "slower" than the transmitted one (which transmitted a package per second). The interval of spikes on SA of the received signal is much longer than 1s. I can't tell if those pulses failed to arrive or I missed them due to I swept too slow.

Derived from the first problem, the second problem is with multiple readings/samplings at fixed intervals: As I was measuring in a complicated environment, I should take multiple samples of SA reading at each location. And I think I should take the readings with a fixed interval (such as I read SA every 2 seconds or so). However, as the received signal was very "slow" in SA display and didn't follow any periodic norma, I would read many noise floor levelled signals if I read at a fixed interval.

Is any rule of thumb to set the sweep time and RBW so that the above problems could be eliminated? 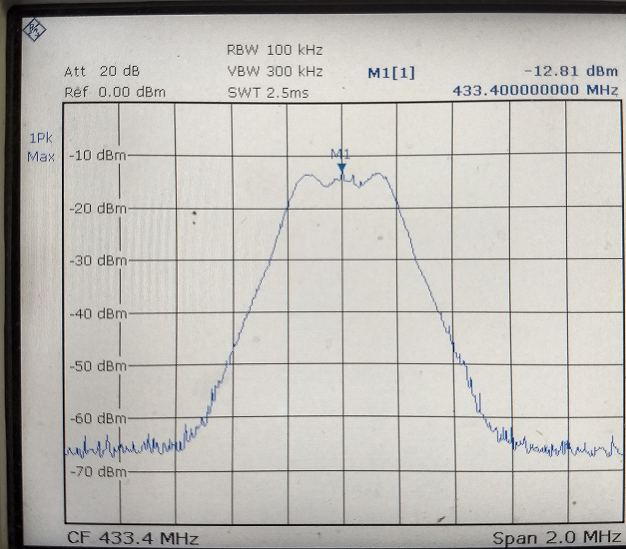 When dropouts are expected in RF telemetry, I find it easier to go on zero span sweep with SA centered so that any drift can be captured in carrier plus modulation BW. Then using the SA as a scope using very slow sweep to capture say 10 burst events as you find the deadspots in the antennae. Thus 1s/div

Minimize RBW and VBE to optimize SNR on display without errors from Tx drift and SA being too narrow.

For missing bursts, you are only interested in the top 20dB BW and not -60db.

You cannot use a sweep tune SA to measure pulse. Your sweeping speed is not fast enough to cover the entire pulse. Pulse signal are transient and agile.

Zero span is not optimal solution. All SA do not characterize the zero span performance, and you just use it as it is.

If you need proper and accurate pulse measurements, I suggest you using a peak and wideband power sensor.

There are many other techniques worth mention, such as wideband RTSA or streaming SA/digitizer for specific application such as capturing to agile signal in EW application.

Below is Keysight power sensor specification on pulse measurements. 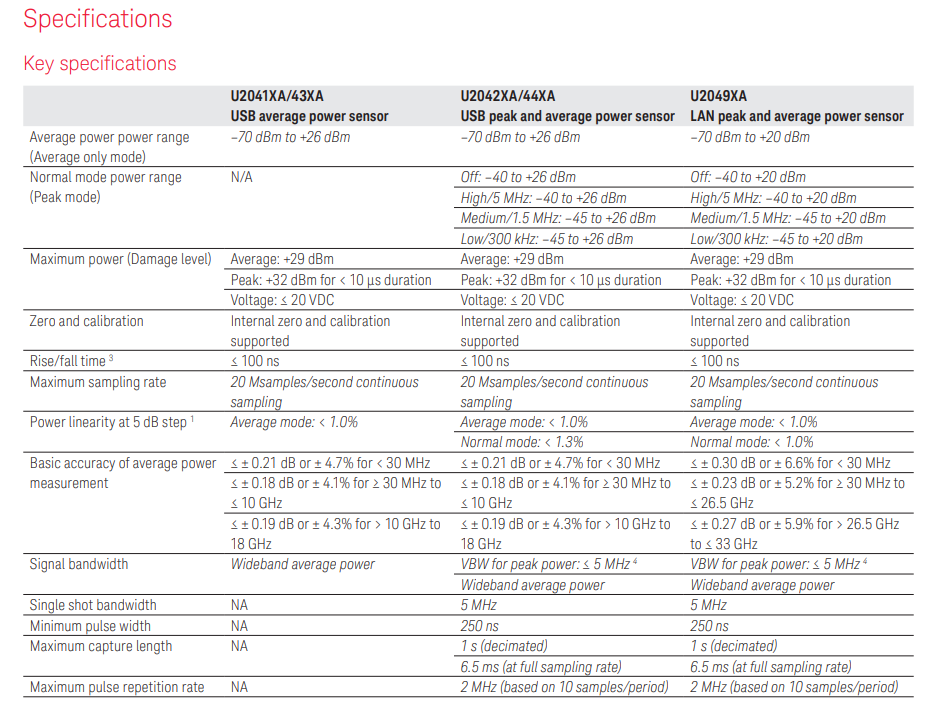 Not the answer you're looking for? Browse other questions tagged spectrum-analyzer or ask your own question.