Saturating magnetic field in an inductor without heating

I am building an RL series circuit with a toroidal inductor that I am winding on my own. The toroid is made of steel (low carbon, I believe, but not 100% sure) and has about 280 turns of 22 gauge wire. The inner diameter of the toroid is 4.25 in. and the outer diameter is about 5.25 in. The resistor is 0.6 ohms. The circuit is diagrammed below. 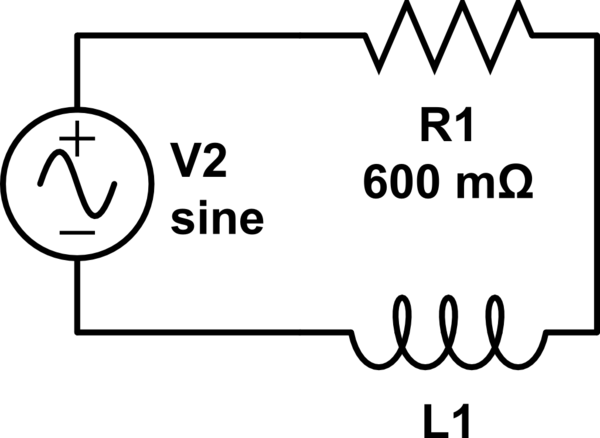 I made an inductor tester when I was designing large coils for an arc welder PFC stage. It consisted of a large capacitor=C1 that charges slowly through a resistor R1.

A large IGBT (shown as a switch, SW1) was connected in such a way to switch ON when a button was pressed. This IGBT would connect the capacitor to the unknown inductor.

A current transformer (AM2) was used to measure the current through the inductor and this current was plotted on an oscilloscope.

As we know, the equation for an inductor is V = L*dI/dt Where L is the value of the inductor, V is the voltage across the inductor, and dI/dt is the rate of change of the current through the inductor. (Ignoring resistance.) 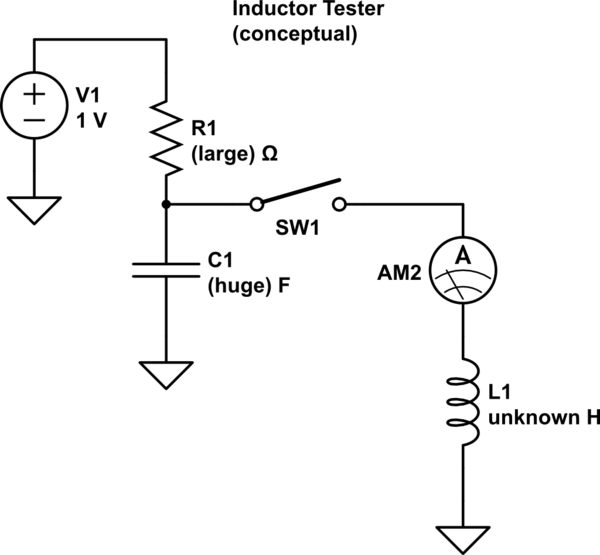 In this tester the voltage is essentially constant -- the capacitor is large enough so that it does not appreciably discharge during the test.

This means that the product of L*dI/dt should be a constant. But as you know, the inductance will decrease when the current rises in an inductor.

This is observed on the oscilloscope as a linear ramp L*(dI/dt) when the test begins. As the inductance goes DOWN, the slope of the current (dI/dt) increases.

You can measure the inductor value by picking two linear values and inserting it into the equation, L = V*dt/di.

I believe you are defining core saturation. The core will definitely be saturated. It's not the voltage that causes the core to saturate. It's the level of current in the inductor, analogously the intensity of magnetic flux.

Here's one approach, based on the old DC controlled variable reactance technique. The point of this technique is to let you use your DC bench supply to saturate the core, while only needing some low power AC method to measure the inductance/reactance.

Put two separate, non-overlapping windings (with the same number of turns) on your core. e.g each covering 1/4 or the circumference. Connect them anti-phase in series, to your DC variable power supply. Because these two windings are anti-phase, AC will be cancelled out. Because the two windings are physically separate parts of the core, the DC will saturate the core region under the winding (making a virtual airgap). 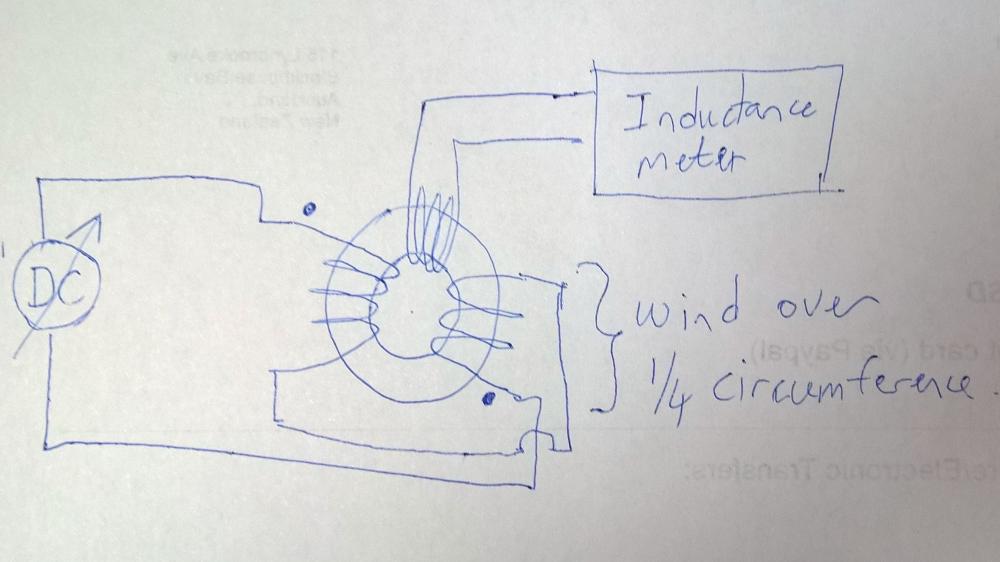 You only need enough turns, so that your DC current can saturate the core. If you use 5 turns on each winding, and 10A saturates the core, then a 280 turn coil will saturate at 5*10/280Amps

Now you can put another winding/s on that you use to measure the AC inductance/reactance/transformer coupling with. You can measure the inductance of this winding with any other approach e.g inductance meter. This AC winding doesn't need any particular number of turns, it just needs to be measurable for you.

You will increase the DC current from your power supply until the inductance drops by what you define saturation as (eg to 1/2). You are of course measuring DC saturating current.

Not the answer you're looking for? Browse other questions tagged inductor electromagnetism heat magnetics saturation or ask your own question.

13
Why is inductance (L) proportional with turns-square (N²)?
3
Estimating Inductance
2
Generating a magnetic field with an electromagnet
1
Is inductor saturation current frequency dependent?
12
Why do we want gap in the core material while designing inductor?
5
Why is the the permeability of a ferromagnetic material given as B/H not it's slope dB/dH?
2
Finding saturation field of ferrite core from manufacturer specs
1
Why aren't magnetic substrates so used for RF printed circuits?