How does this old telephone ringer work?

I bought an old rotary phone with the hopes of cannibalizing it for a doorbell/intercom thing in my apartment building. It looks absolutely marvelous inside: 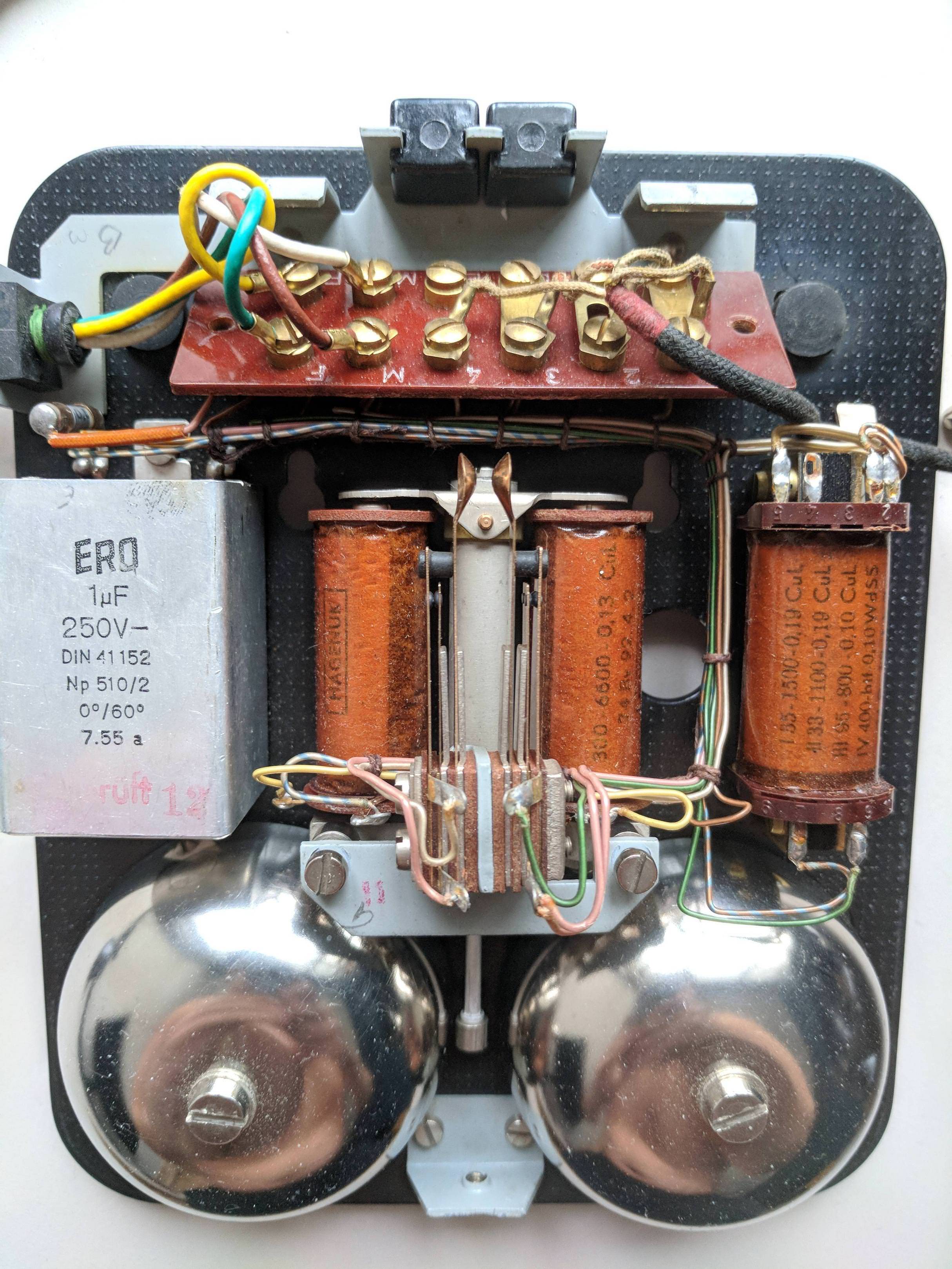 However, I'm having trouble figuring out how the ringer circuit works without taking it completely apart, since the wires are all bundled together so neatly. But I've been holding off from doing that - the existing system already supplies an AC signal when the doorbell downstairs is pressed, so I think I don't need to do too much to hook that into the ringer.

Can anyone tell me about how these old ringers generally worked? I think if I had a basic idea for how they were constructed, I would be able to achieve what I want without risking breaking it.

The coils of the mechanism and the 1 microfarad capacitor in series create a resonant circuit that will conduct the ringing current at only one frequency. The telephone companies had 10 different ringer generators originally motor driven single phase alternators. By ringing from ground to TIP ten different phones could be rung on a party line. By ringing from ground to SLEEVE ten different phones could be wrung on a party line, for a total of 20 possible houses on one pair of wires.

Single party phones were rung from tip to ring. Without the capacitor the ringer would ring on any frequency. When the receiver was lifted the ringer was disconnected.

The thing with many connections is probably the anti-sidetone transformer, this makes the volume of your talking in to your ear LOWER making you talk louder to hear yourself, making you send a greater voltage (voice) down the line to the other party improving the signal to noise ratio and making your speech sound louder to your "party."

A telephone line is normally a 48V DC loop as shown below . 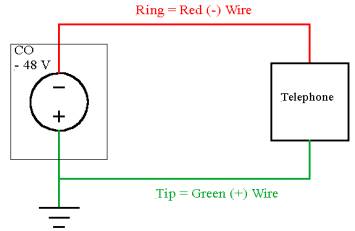 To get the phone to ring, an AC voltage of ~60V-105V is superimposed on the TIP/RING. Note that the RING in this case has nothing to do with a bell, but with a 1/4" phone plug, where the point is the TIP, and the remainder is the RING.

This reference has several ring generator circuits and a good discussion of ringing.

Old telephone lines used a 70VAC signal on the lines to activate the ringer. So you will need a 70VAC source (transformer) for your voltage and an appropriate rated pushbutton switch. Make sure your supply voltage from the mains (to your transformer) is properly fused.

Not the answer you're looking for? Browse other questions tagged telephone or ask your own question.

13
Wiring up old phone ringer to arduino
0
Connect IPOD audio output to old rotary telephone
2
ringer circuit old telephone
11
How does a signal travel down a telephone wire?
1
How does electrical interface on multi-subscriber FDM telephone line work?
3
How does a telephone hybrid transformer work?
1
How does this telephone circuit modulate the current?
4
How well does telephone delay correlate to geographic distance?