No zeros, yet still affecting stability?

As far as im aware Poles affect the stability of a transfer function primarily, and is defined whether they stay within the unit circuit & are on the left side of the pole-zero plot. Zeros have no role in stability? For the following transfer function which is in a feedback loop (Using a step input): 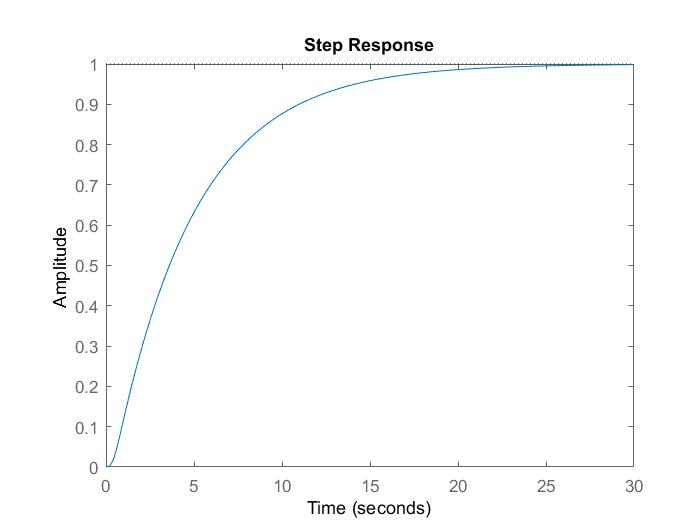 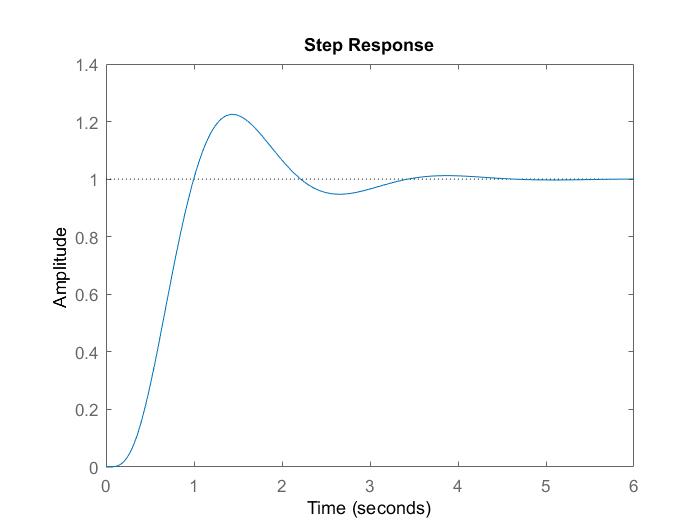 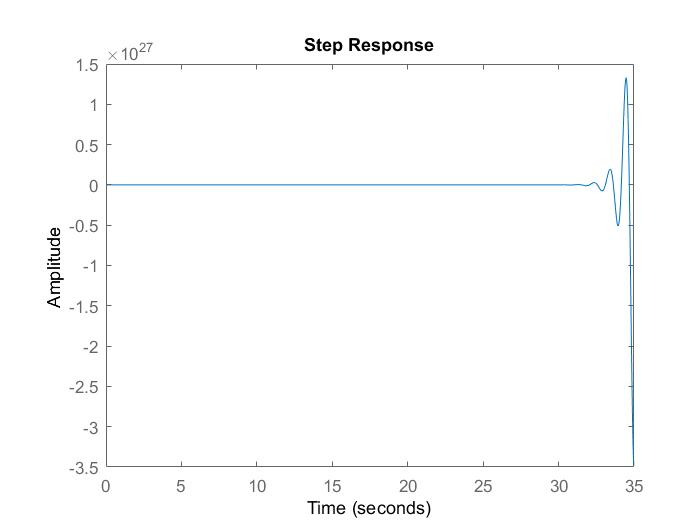 So it's easy to see that the gain \$K\$ will affect the location of the poles.

Indeed, putting this into Wolfram Alpha with \$K = 100\$ shows two poles in the RHP.

You should try doing a root locus analysis to see how those poles move from the LHP to the RHP as \$K\$ is increased.

Unfortunately, yes that transfer function will oscillate as you turn up gain factor \$k\$. 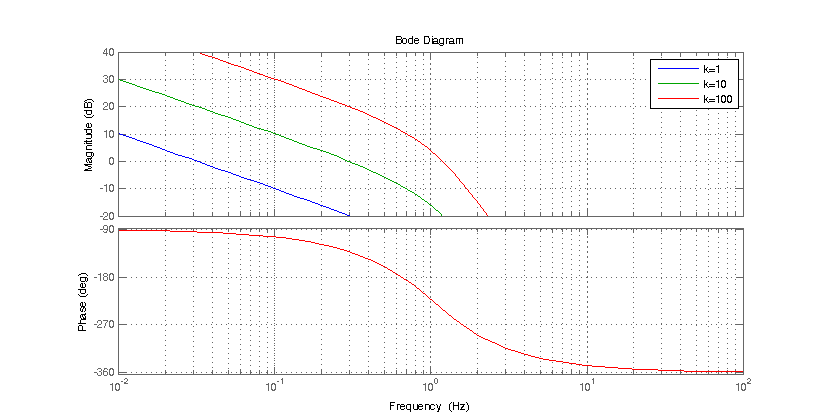 Note the phase phase shift when \$k=100\$ is greater than 90 deg before the loop-gain declines below unity.

Hence when \$k=100\$, you have satisfied the conditions for oscillation.

Think about what happens with a simpler value for G(s) such as a 2nd order low pass filter formed from an inductor and capacitor. In open loop you have this circuit: -

And the phase and gain response is like this: -

This circuit on its own cannot oscillate and, even if you put it within a feedback loop there will never be enough phase shift to produce oscillation. It could however produce over shoot like this: -

But it won't be sustained i.e. it will die down.

However, your G(s) has an integrator cascaded with a 3rd order low pass filter so it could definitely oscillate if you don't control the feedback.

Consider the 2nd order RLC circuit above. If you added a phase shift of 90 degrees by cascading the RLC circuit with an integrator and "closed the loop" then it would likely oscillate close to resonance because at just past resonance the phase shift will be exactly 180 degrees and the gain (|G(s)|) could be greater than unity.

0
Type of Filter from pole-zero plot
9
Meaning of zeros in transfer function
1
Bode diagram of a single complex pole and under-damped system
1
What happens to an electrical system at its pole?
3
What exactly is Pole Frequency in a Filter and how does it affect the frequency response?
0
Poles and Zeros of Two Pole Compensation
0
How can I prove that for any control system root locus plot starts from poles of OLTF and ends at zeroes of OLTF?
0
Effect of zeroes in stability
0
Bode Plots and Electrical Circuits - Zeroes and Poles
0
Zeros and poles in the following bode plot