Please bear with me as this is my first time working with filters.

I am trying to scale down the voltage from my piezo to a voltage which my ADC can read (from >100V on the piezo to 0-5V on the ADC inputs). Reading older threads on voltage dividers and ADC inputs, it was suggested that I use a buffer after my voltage divider in order to create a low impedance output for the ADC.

EDIT: The two resistors should be swapped, did not notice it until it was pointed out to me. 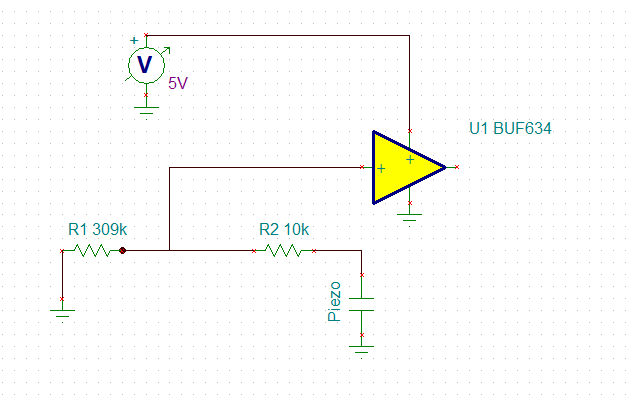 I have been testing my circuit with a much smaller impact that produces voltages of ~1V on the piezo, and have noticed that there is a huge amount of noise on the output of the buffer. 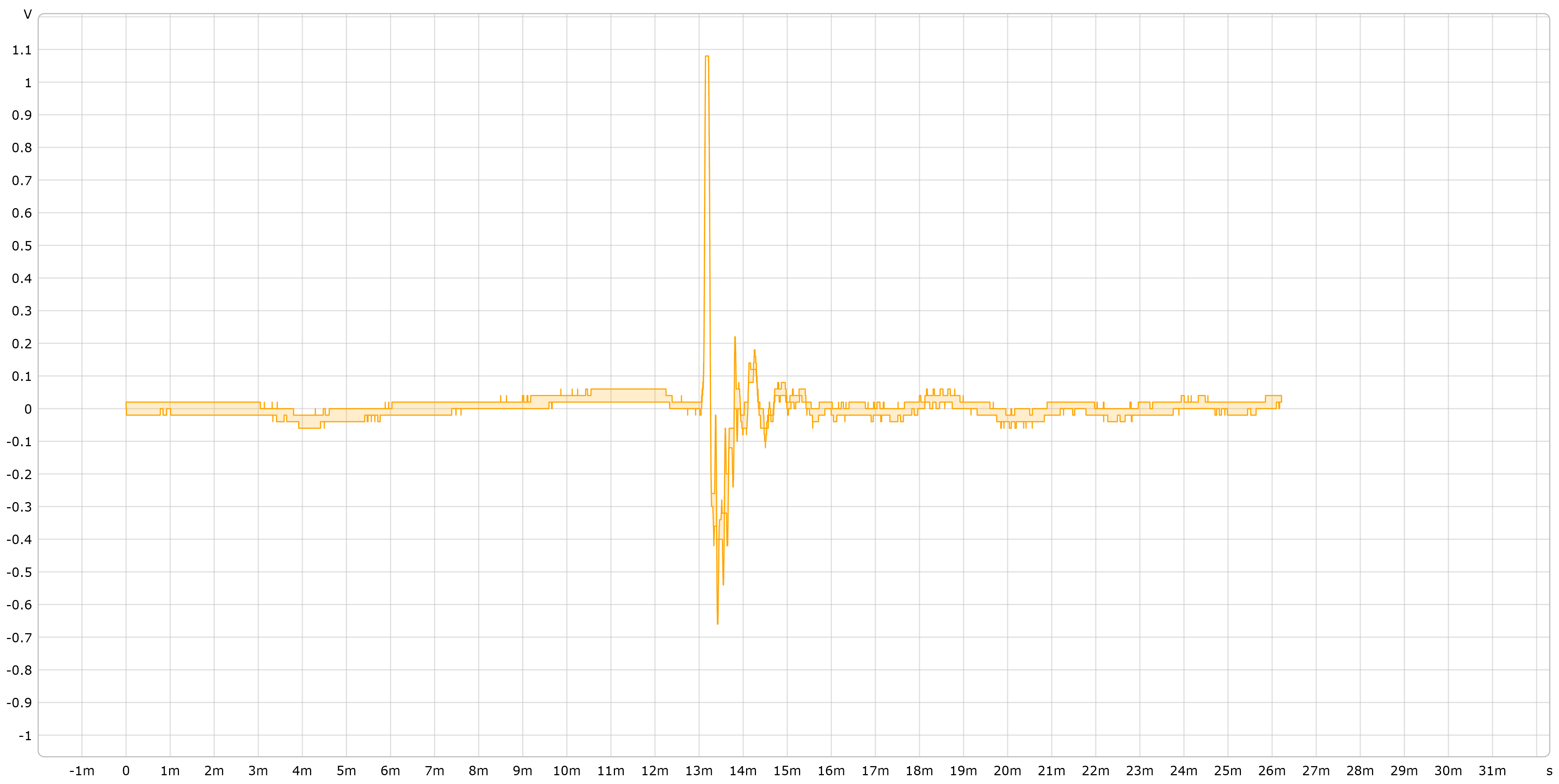 Orange in the above picture is the original signal, measuring directly across the piezo 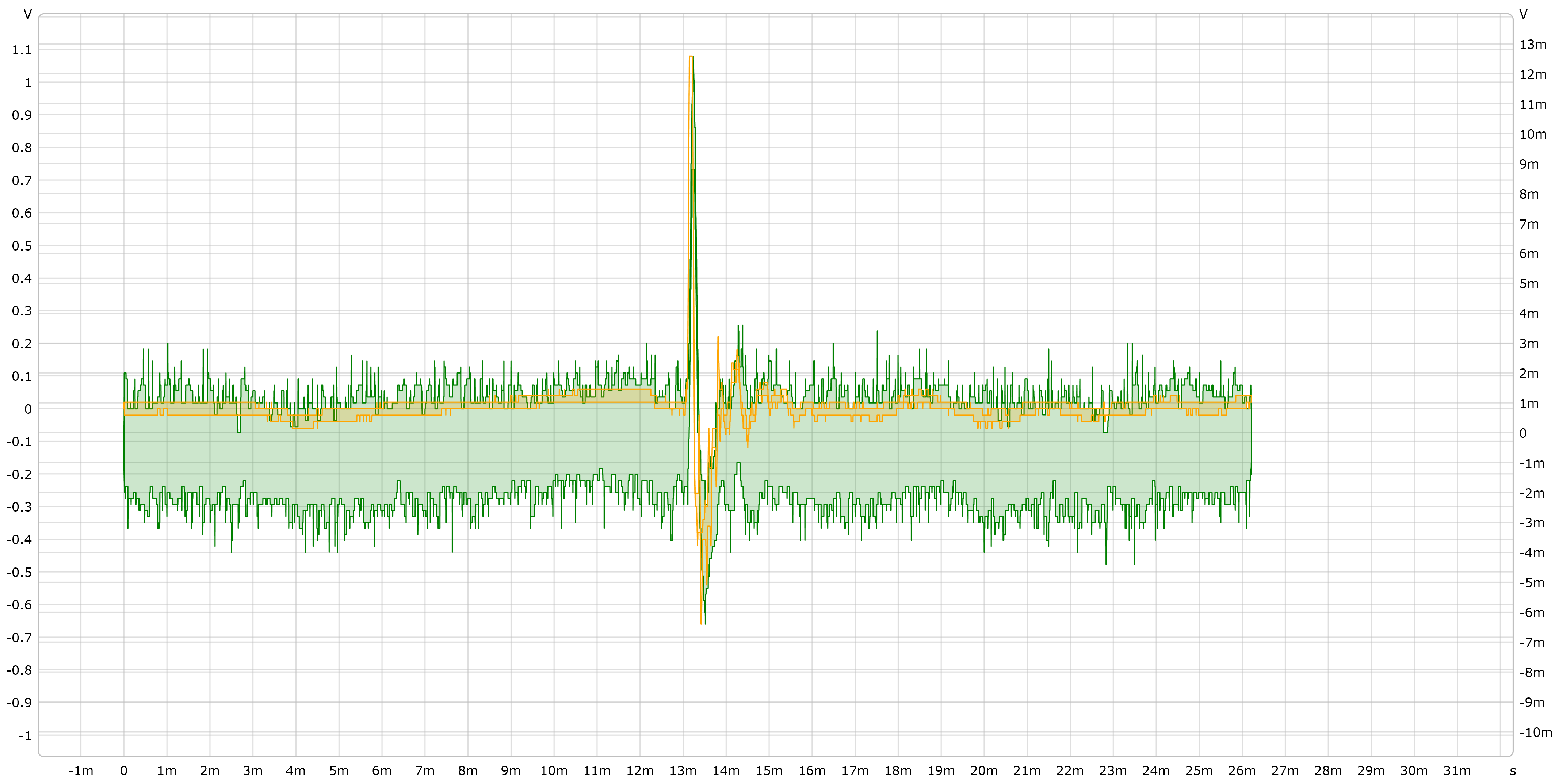 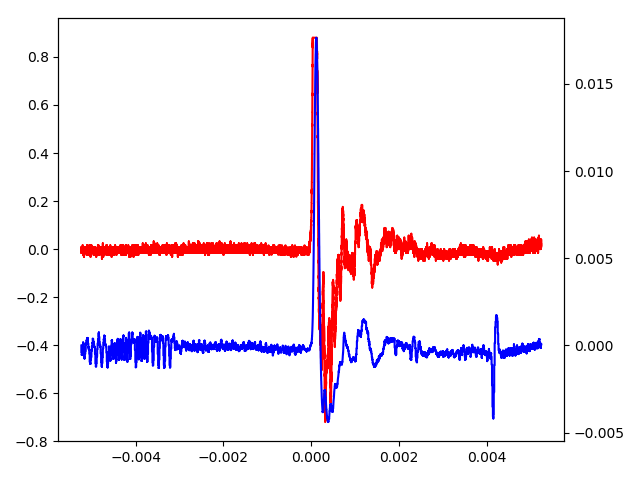 Red is the original signal, blue is the buffer output after going through a lowpass filter (This was a seperate hit on the piezo, so it doesn't match the previous picture)

Considering that I need the ability to do this in real time, I needed to build an analog low pass filter. From my understanding, the calculation is that

However, instead of getting a nice, smoothed out signal like in Python, I get this: 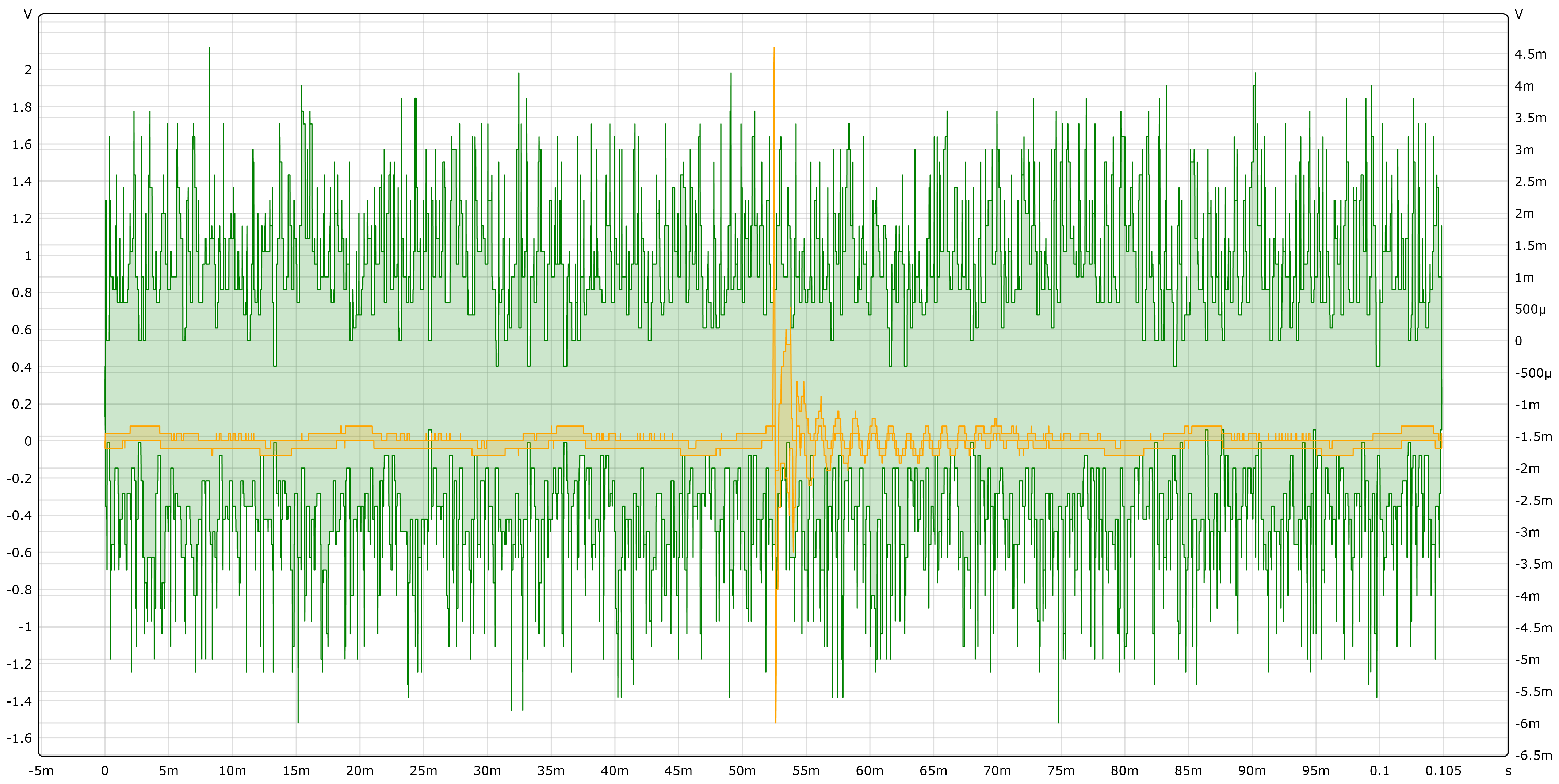 The orange is the signal from the piezo and the green is the output of the buffer. As you can see, the low pass filter seems to have had smoothed out the actual signal while leaving the noise behind!

Now what I want is the following:

Thank you, and sorry for the wall of text.

BUF634 is the WRONG part to use. Use an op-amp and bias the input to approximately half of the ADC input voltage peak value (2.5 volts). At the moment you have a very powerful buffer chip on a single supply being fed an input that is approximately 0 volts. The BUF634 normally works with a split positive and negative supply so feeding it with an input that is nominally at one of the power rails is illegal and it may well produce a pile of output noise.

If you are trying to make a sizable attenuator it's highly likely that you need to swap the 10 kohm and 309 kohm resistors.

Not the answer you're looking for? Browse other questions tagged signal noise voltage-divider buffer piezo or ask your own question.

3
OP AMPs : ADC Buffer on voltage divider plus protection
2
What type of ADC input filter for extremely noisy DC signal
0
Filtering kHz noise
0
Passive low-pass filtering question for a transducer output
7
Divider and lowpass combined
9
Why does my electret microphone amplifying and filtering circuit output so much noise?
0
Buffering and filtering a sensor output
1
Noisy op amp buffer
1
Demodulation/filtering of a binary signal
6
How to choose the RC values between a buffer and an ADC input?