I'm trying to convert the left circuit to the one on the right using Thevenin's theorem, but I'm not understanding how this is done for this circuit.

From my understanding of Thevenin's theorem:
(1)You disconnect a load resistor R_{L} and calculate the open circuit voltage v_{oc} where the resistor would be.

(2)Then short the voltage source and find the thevenin resistance R_{TH}.

(3)Replace the original voltage source with v_{oc} in series with the thevenin resistance R_{TH} connected to the load resistor R_{L}. 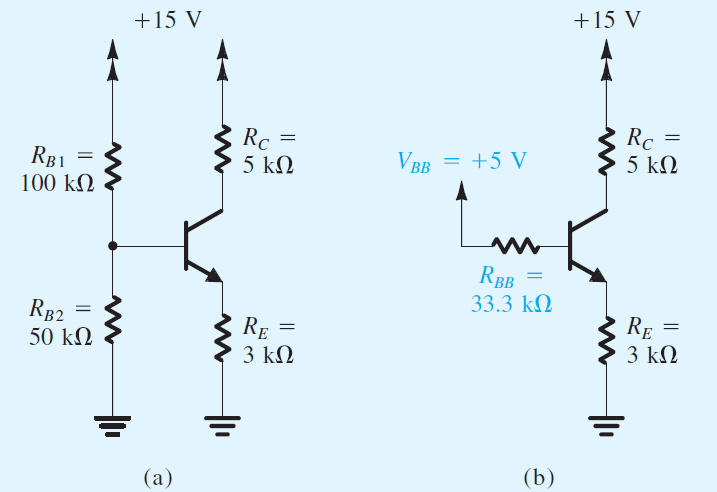 As I wrote in the comments, you should get into the mental practice of converting every single pair of resistors, those pairs spanning from one voltage source to another voltage source, into their Thevenin equivalent. You just "turn the crank." You should get to the point where you do it almost without thinking about it. 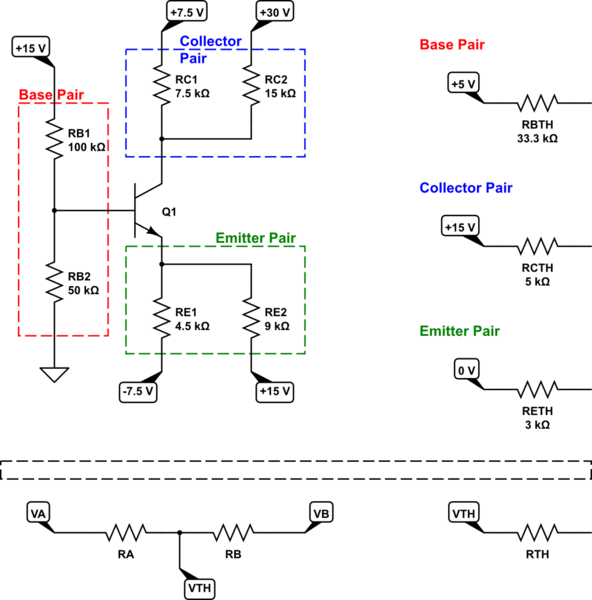 See all those pairs in the circuit, itself, shown on the upper left area?

I've computed the Thevenin equivalents of each of them on the right upper side. From this, and some imagination, I think you can see that the circuits are the same.

Just get into the practice of it.

For complicated cases, such as my added collector and emitter pairs, you can look at the very bottom of the above schematic. The equation is simple:

You can see in the above schematic at the bottom section where I draw the locations of each of these voltages and resistors, along with the new equivalent. That's really all there is to it.

... you guys are making things way too complicated, the derivation itself has nothing to do with the BJT, we don't even care about the BJT, all that matters is the same i-v relationship is being sent to the BJT (or whatever device we are dealing with). 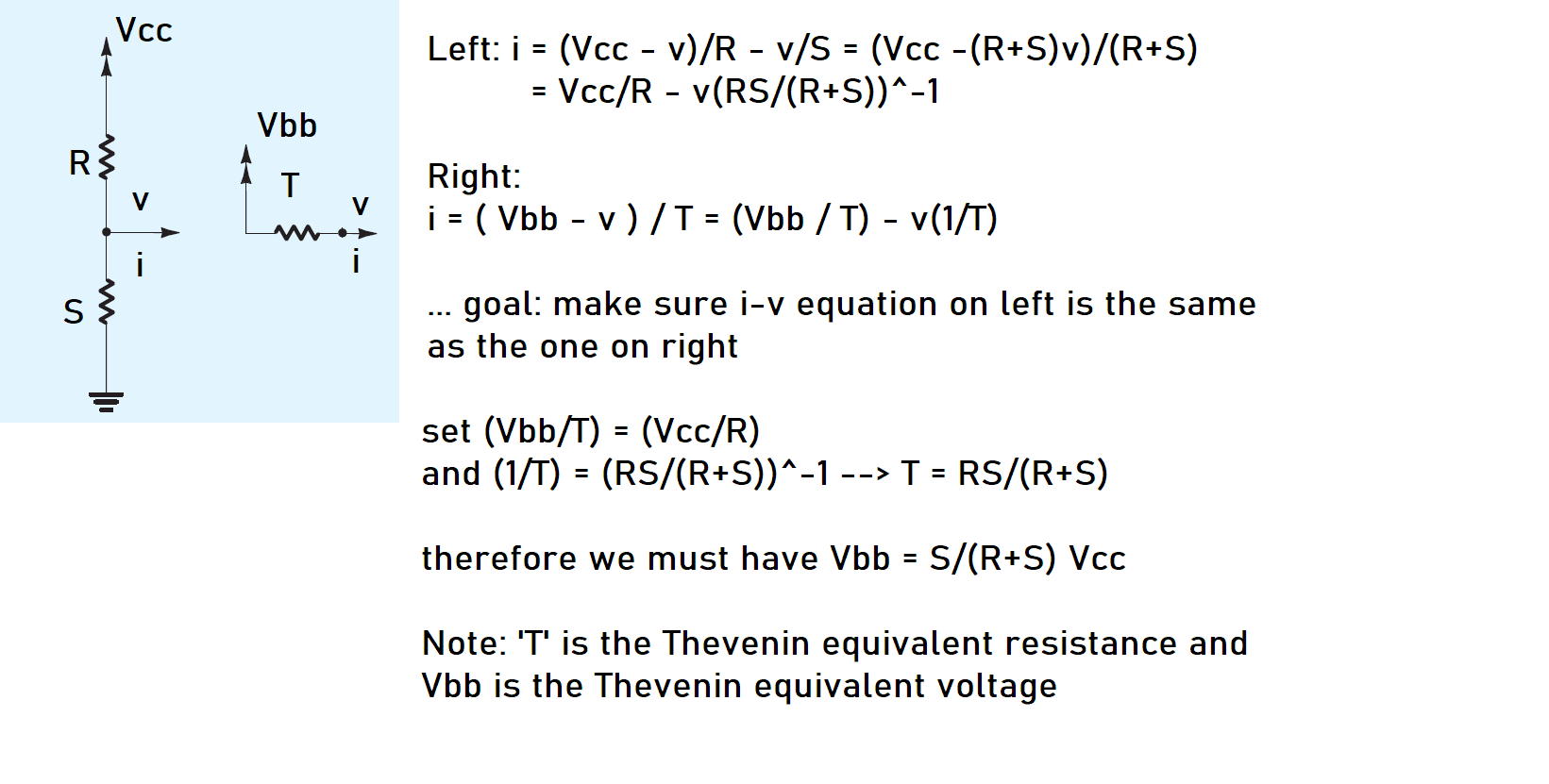 Not the answer you're looking for? Browse other questions tagged bjt thevenin or ask your own question.