It is my understanding that the mains distribution system (poles along the road, where I live) has occasional earth ground connections of the Neutral wire. Maybe every pole, or just every few poles, to shunt lightning hits to ground. Is this true?

If so, I was wondering if there is a loss due to current also flowing in the earth, parallel to the neutral wire. On one hand, adding a lossy conductor in parallel with a good one should not result in increased loss. On the other, I was taught that "electricity flows on all paths that are available", and that Alternating Current flowing down a ground rod, through an earth path and into another grounded conductor or rod, is very lossy.

Is there any additional loss in the transmission system due to the grounding of the Neutral wire in multiple places along its length?

The neutral wire is not a perfect conductor, so the earth will carry some current. There must be some loss, by definition.

For a single phase supply, the neutral wire will carry the full-load current and let's say that the wire resistance between load and pole transformer is in the region of 0.01 ohms.

In other words, the grounding makes the impedance lower and losses are reduced. 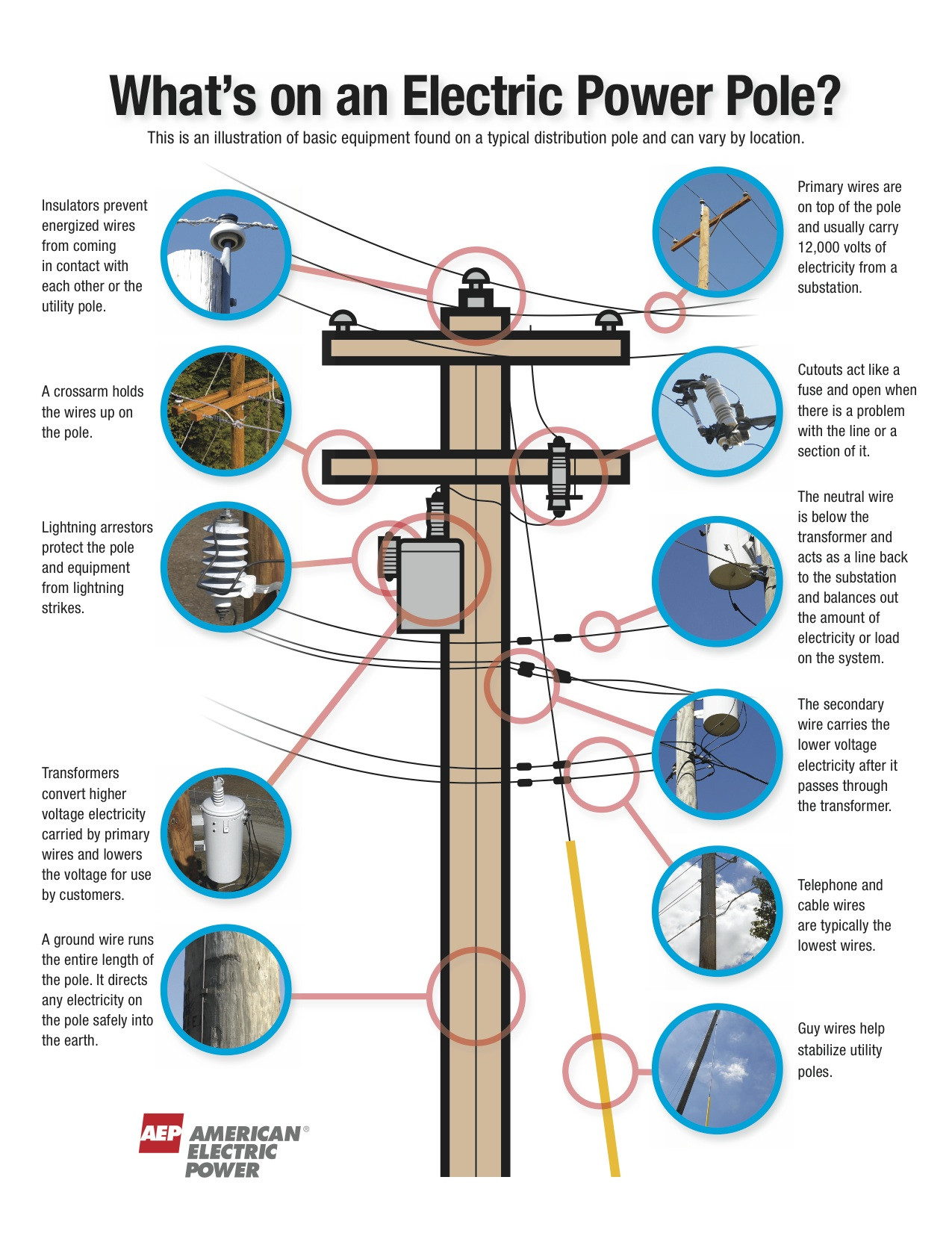 As far as I'm aware there are earthing points on poles carrying transformers but it's unclear whether there are also earthing wires on poles that don't carry ancillary equipment. I can't be 100% sure but I think I've seen earth wires on plain ordinary electric poles. Maybe it's different in different countries and regions?

Earth ground resistance between transmission line bonding or "earthing" or "grounding" as they say in the USA is rarely less than the Neutral resistance.

Although unbalanced line currents carried in Neutral may be offset from the next earthing connection and will result in earth currents, these may be 50% but I don't know any power distribution design engineer that would rely on Earth conductance to reduce the cost of the Neutral Wire and thus raise it's resistance more than Earth to Earth resistance between "bonding points".

Earth losses are only critical for local transient protection from lightning and have dramatically reduced protection to discharges at a distance.

“Earthing” is a term used in Europe or other countries that employ International Electric Commission (IEC) standards. The term “earthing” in European or IEC countries is synonymous with the term “grounding” in North America.

2
Understanding ground current
1
Earth Ground's role in 3 prong AC systems
4
Why is there no current sharing between neutral and ground?
1
Why have a ground rod?
1
Why earth ground connection does not leak current?
1
Can lightning damage electronics via a ground connection?
0
Separate ground for gate opener control box?
0
Why not keep distribution transformers secondaries floating? Why do we need to earth them?
6
How does residential electricity work?
4
Grounding PCB Within Aluminum Enclosure