How does this circuit light an LED simply by heating a coil?

I've been watching a YouTube video and wondered how the circuit lit an LED just by heating up a coil with a lighter.

Here's the circuit diagram. "Copper wire" is the coil I'm referring to. 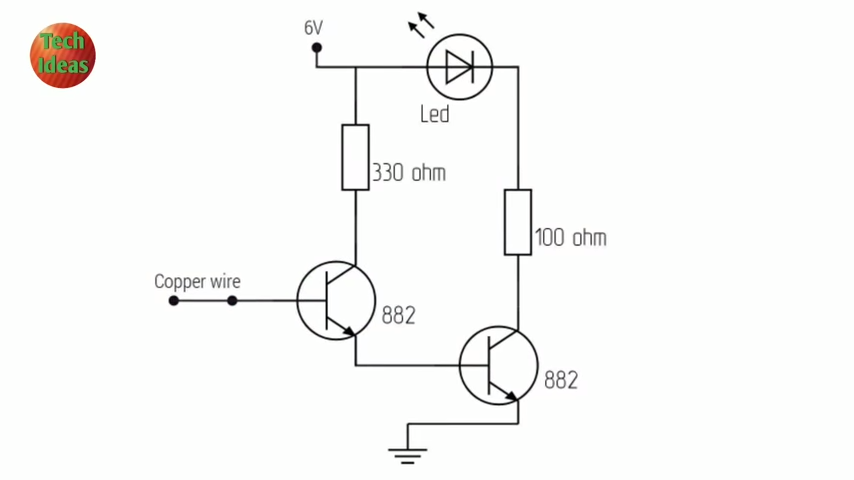 Here's the photo of the coil being heated and an LED lit. 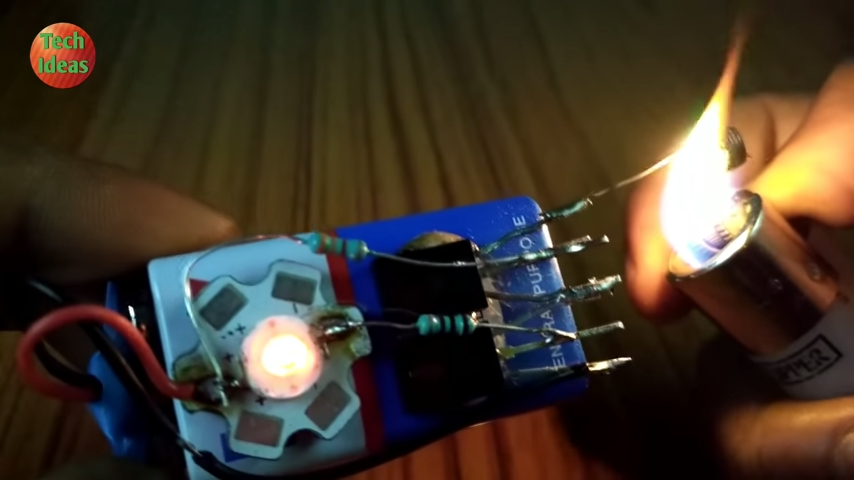 But I'm not sure about the thermionic emission. The most famous example would be a vacuum tube but that is vacuum. This one is in the atmosphere.

Am I correct? If not, how does this work?

There's not a lot to go on but I would guess that the flame conductance is connecting the finger and thumb of the person holding the lighter (via the metal of the lighter) to the base of the first transistor. If you touch the input of an audio amplifer you normally hear hum/noise through the speakers so the same sort of thing is happening here; interference pick-up on the persons body is forcing some small current into the base and turning on/off the transistors (and LED) at 50/60 Hz.

The coiled up wire on the base is just to provide more surface area to the flame to get a "better" connection.

My guess is also that if a wooden match were used (instead of the lighter) the LED probably wouldn't light.

Further, with that circuit, you have a current gain of somewhere in the region of 10,000. That means you need much less that a MICRO-amp of base current for the LED to have a noticeable brightness.

Adding a flame does a number of things.

It adds a conductive path between the users fingers and the base which, as Andy mentions, couples in whatever EMI the user is picking up. Since the base is so sensitive and the gain so high, you do not need much noise current to light the LED. This is especially true when he is holding the battery with his other hand creating a nice loop.

Further, the heating itself creates an excess of highly excited free electrons in the hot wire which are much more easily disturbed by surrounding EMI or whatever fields the moving charged particles in the flame itself may create.

Not the answer you're looking for? Browse other questions tagged led transistors coil or ask your own question.