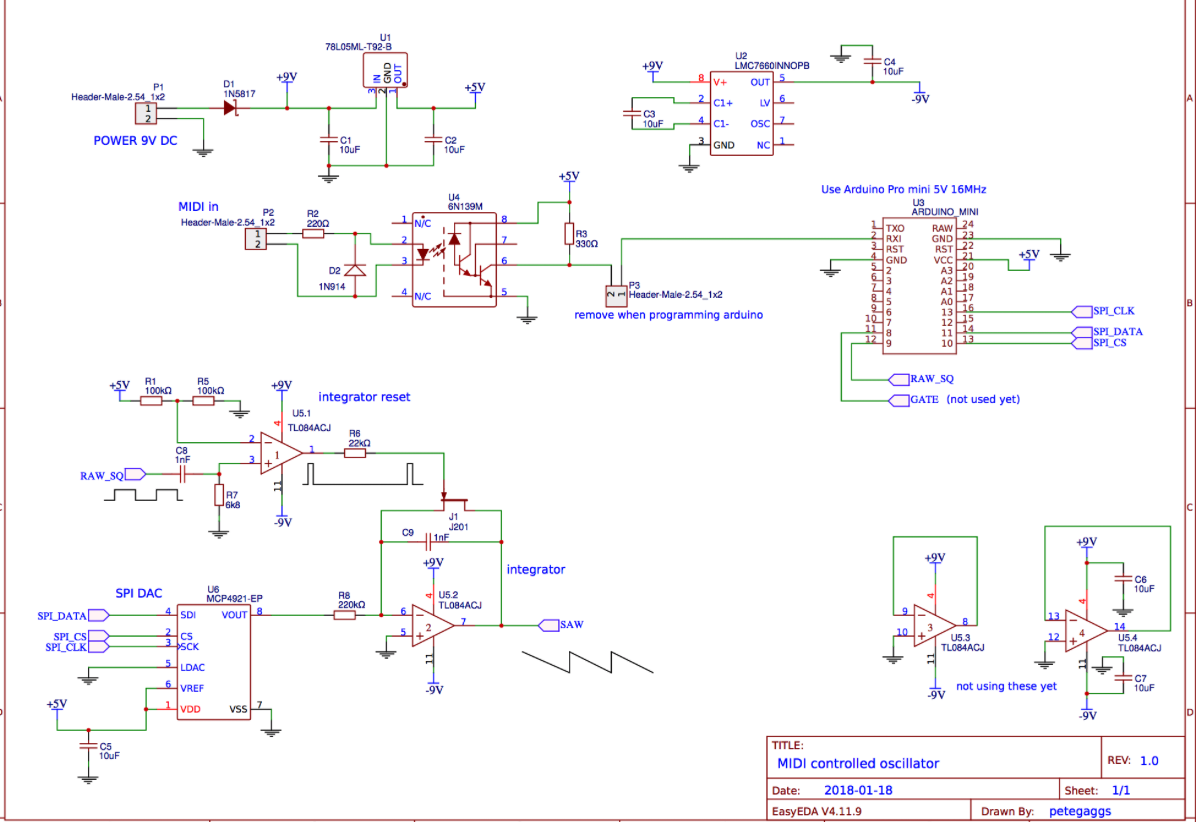 I am reasonably new to this, and I am trying to find the calculations used to choose the component values in this circuit.

Concerning the Optocoupler, from what I can work out:

But the MIDI standards state that it should be 5mA current loop?

Also, how was the other values calculated? Thank you

You are right that the MIDI standard specifies a current loop.

If the transmitter is designed according to specifications, it will send a 5 mA current, not a voltage. No matter which resistor you are using in series with this signal, the current will still be 5 mA through the resistor and the opto-coupler LED.

So why is there a resistor at all? Well, most MIDI equipment doesn't implement an actual current loop, but "fake it" by using a voltage signal and a series resistor. The resistor is likely chosen to minimize the current in case such a common semi-voltage signal is applied, and its value selected to be low enough not to cause problems with weak signals and still give a reasonable current through the LED, while high enough to prevent too much current to flow in case higher voltages are encountered.

The extra diode is also technically unnecessary, but useful for protection against reverse polarity. The 220 ohm resistor helps to dissipate power in this case, so the diode does not burn up.

If you create a free account at midi.org, you can get the current version of the MIDI spec here. The spec has a good description of the electrical interface. It's worth looking at.

The recommended MIDI OUT circuit from the spec is shown below. It has two 220 ohm resistors. When you connect this to the MIDI IN circuit in your schematic, there are THREE 220 ohm resistors in the loop, two at the source end and one on the destination end. This gives you around 5ma of LED drive current.

It makes sense to design the MIDI OUT this way so that external to the device, you always have a resistor between the +5V and driver and the outside world. This helps to assure that nothing fries if either of them is accidentally shorted to ground.

Not the answer you're looking for? Browse other questions tagged opto-isolator dac midi or ask your own question.