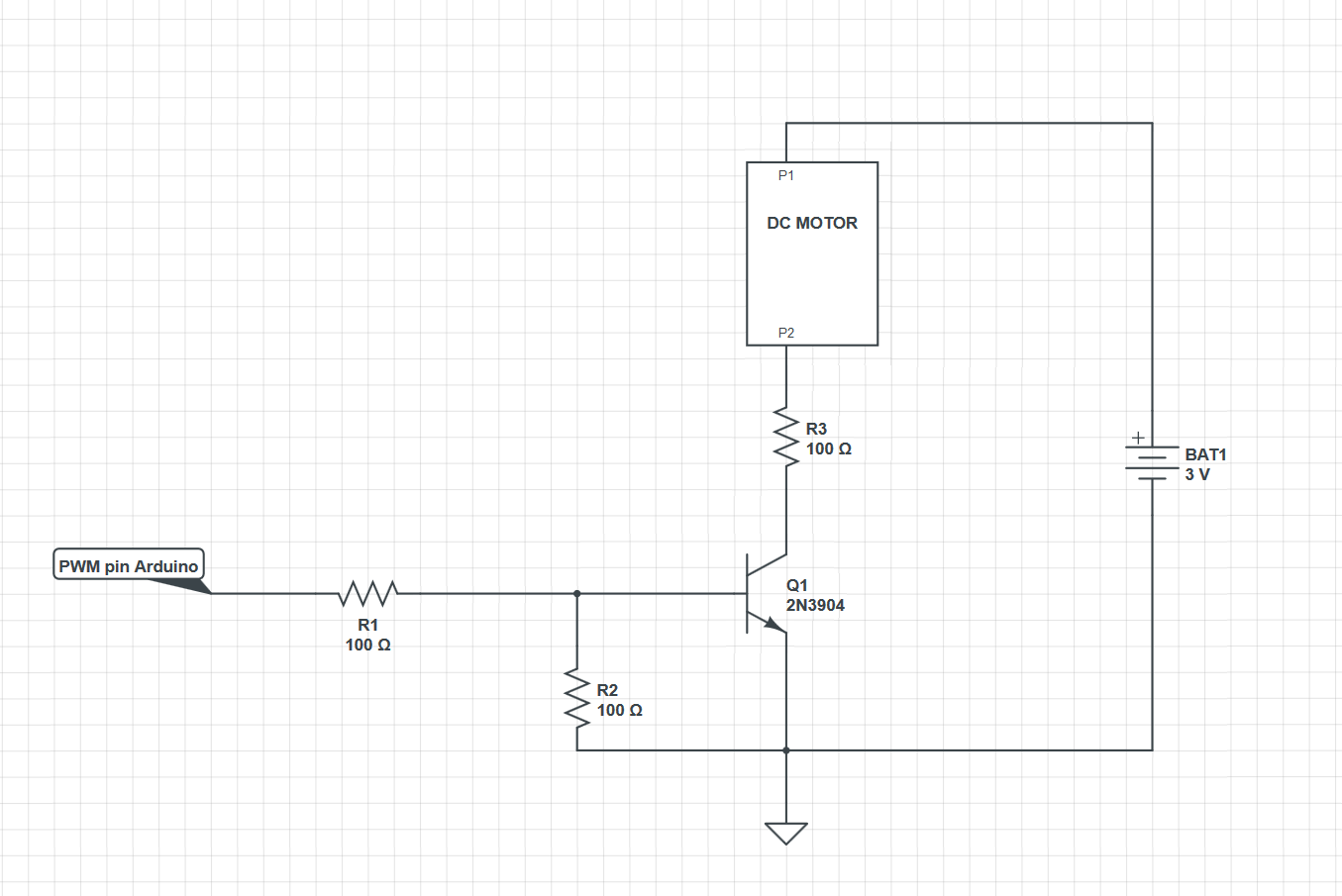 I am not sure of the resistor values to choose. As I understood correctly R2 is used as a weak pull down resistor for when the base is floating, and R1 is used to ensure a Vbe is 0.7 V for saturation when the Arduino pin supplies 5 V. R3 is used as a current limiting resistor in order not to fry the transistor.

How do I choose the right values for the resistors? I hope I have understood the theory correctly.

Some things you are going to have to resolve.

Here is the circuit being discussed:

There are a number of problems.

Instead of BJT, using a MOSFET will be effective since the transistor you used (2N3903) have maximum collector current of 200 mA whereas Motor specifications tell us that the load current is 300mA. 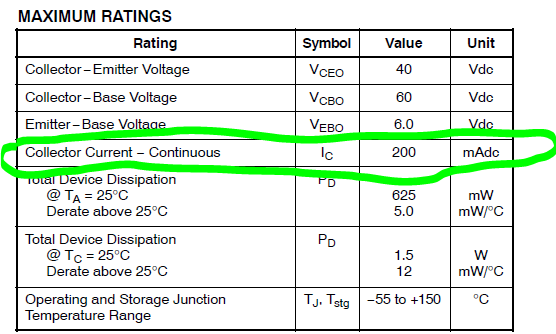 Also as Michael said, You are using a battery of 3V whereas the motor needs 12-24 voltage as it's spec told. So you have to replace a battery with the new one of 12V or 24V capacity.

Also, in order to prevent transistors from frying of inductive loads, either it is MOSFET or BJT you need a Flyback diode, not a current limiting resistor. Because inductive loads will generate voltage spikes when you turn off the circuit and it will fry your transistor. So you need to provide a path for those voltage spikes after the circuit is switched off. That is why Flyback diode is used here.

Here is the recommended circuit for your requirement 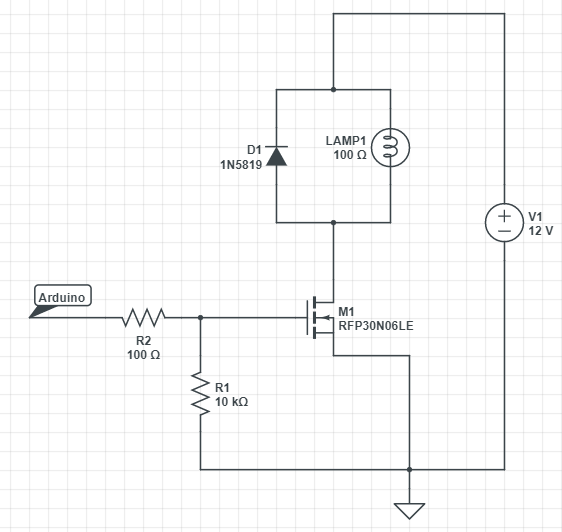 EDIT: As Trevor mentioned in a comment, Rgate Resistor (R2) is added in a circuit.

Not the answer you're looking for? Browse other questions tagged arduino microcontroller dc-motor bjt motor-controller or ask your own question.

2
Transistor circuit to toggle motor on/off not working (Arduino)
2
How can I isolate voltage reference from ICSPCLK programmer output
1
Values for calculating PN2222A Base Resistor
0
BJT Switch Design question
1
Problem with H bridge and Arduino
1
Appropriate base resistor for BJT switch driving a motor
1
BJT Transistors - On Characteristics
0
Using a MOSFET to turn on/off LEDs which could get reverse voltages
0
Will this design for an XHP70.2 LED Driver with arduino control work to the params specified?