I built a rather cheap(~€100) 3 axis CNC router for my workshop for cutting wood and aluminium in all sorts of fancy ways. It works great for most stuff but for things that require high precision, its always a little off.

For example, if I make it do 2 identical cuts, one right after another, the difference in any axis can be up to 1mm. Not too bad for wood, considering the total work area is 800x800x400mm and the size of things I make but kind of a problem for aluminium pieces that have to fit together.

It can be worse if significant amount of time/work is between the 2 cuts. I've had identical cuts made a few days apart for replacement parts differ by up to ~2.5mm on large pieces.

Now I figured I could get better rails, better bearings, engines, whatever to try and make it more consistent but I think the biggest gains could be had by having the ability to calibrate and check it in software.

TLDR: So what do people use for measuring distances of up to 1000mm with lets say 0.1mm precision?

I looked around chinese estores but all I found was laser sensors for large distances, like 100m with precision +- 0.2m and ultrasonic proximity sensors for shorter distances but pretty terrible precision.

They were pretty cheap though (<€10) which gives me hope. I also have the advantage of having complete physical control over both the points that I want to measure the distance between instead of just one.

I think you should get to the bottom of what is causing your errors. Either you are missing steps or your mechanical setup is too flexible or has backlash in the nuts/bearings. Your homing switches may also have poor repeatability if you are not using an edge finder to locate the tool precisely. Or perhaps it's a combination.

Things like backlash and flexibility are very difficult to compensate for with software. For example, depending on the direction of cut you may start off with the tool in the right position but as soon as it bites in kerchunk and you've dug into the work as the cutter pulls itself in. Or you may be doing climb milling and the cutter runs well outside of the desired path if the gantry and slides are too flexible.

Anyway, glass scales are a sort of mid-priced way to measure a few microns down to 1um resolution. Accuracy over the full scale might be 10-15um over 1m for a cheap one. They typically have a quadrature 5V digital output (incremental), some may have quadrature sinusoidal signals. But each axis will probably cost about as much as you've put into this so far, and there is no guarantee you will be able to do much better in part accuracy. Photo from this page 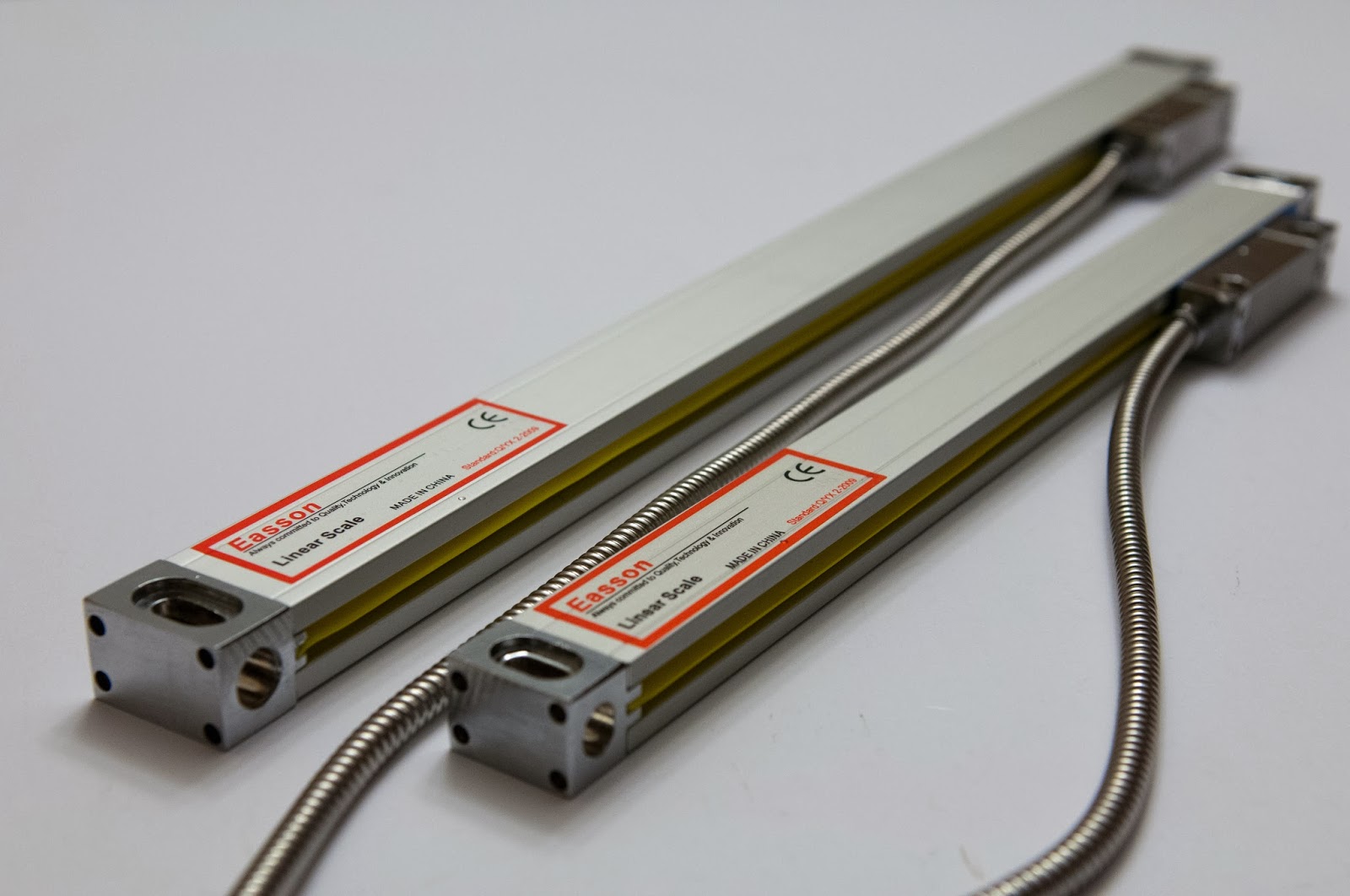 If you win the lottery you can consider Renishaw and Heidenhain encoders, which can reach resolutions orders of magnitude less than a wavelength of light and do it with absolute measurement.

Have a look at draw-wire sensors or "yo-yo encoder". 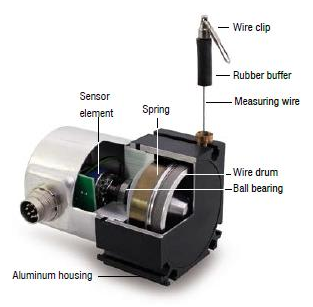 I couldn't find an image of one with a built-in display but someone must be making them.

How about Magnetic Linear Encoder Tape? You can often find it and the associated sensors on eBay. The tape is encoded with opposite pole magnets at a fixed spacing between poles. A separate magnetic head senses the pole positions and interpolates between them for higher precision. A standard pole spacing on the tape is 1mm, and interpolations of 10, 25, and 50 steps between the poles are available. The control electronics measure the movement of the sensor relative to the magnetic tape.

I hate to be the bearer of bad news, but you have stumbled into one of the major problems in machining: repeatability. It is not easy to fix in a cost effective manner.

What is typically used is optical encoders with diffraction gratings. 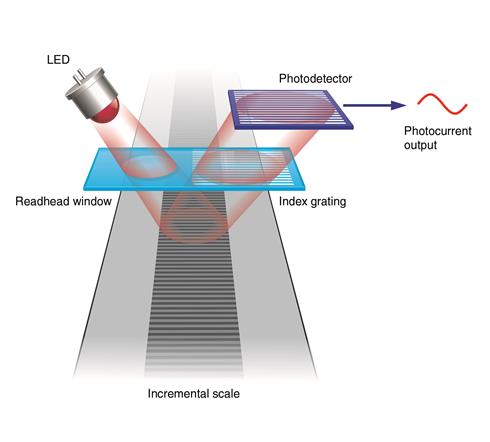 A linear scale is attached to one part of the machine and the encoder read head is attached to the other. A laser is typically used to make microscopic incisions, called marks, into the scale. As the read head moves between two scale marks it outputs a sine wave due to diffraction. The markings are typically around \$20\mathrm{\mu m}\$ apart. This is what they look like: 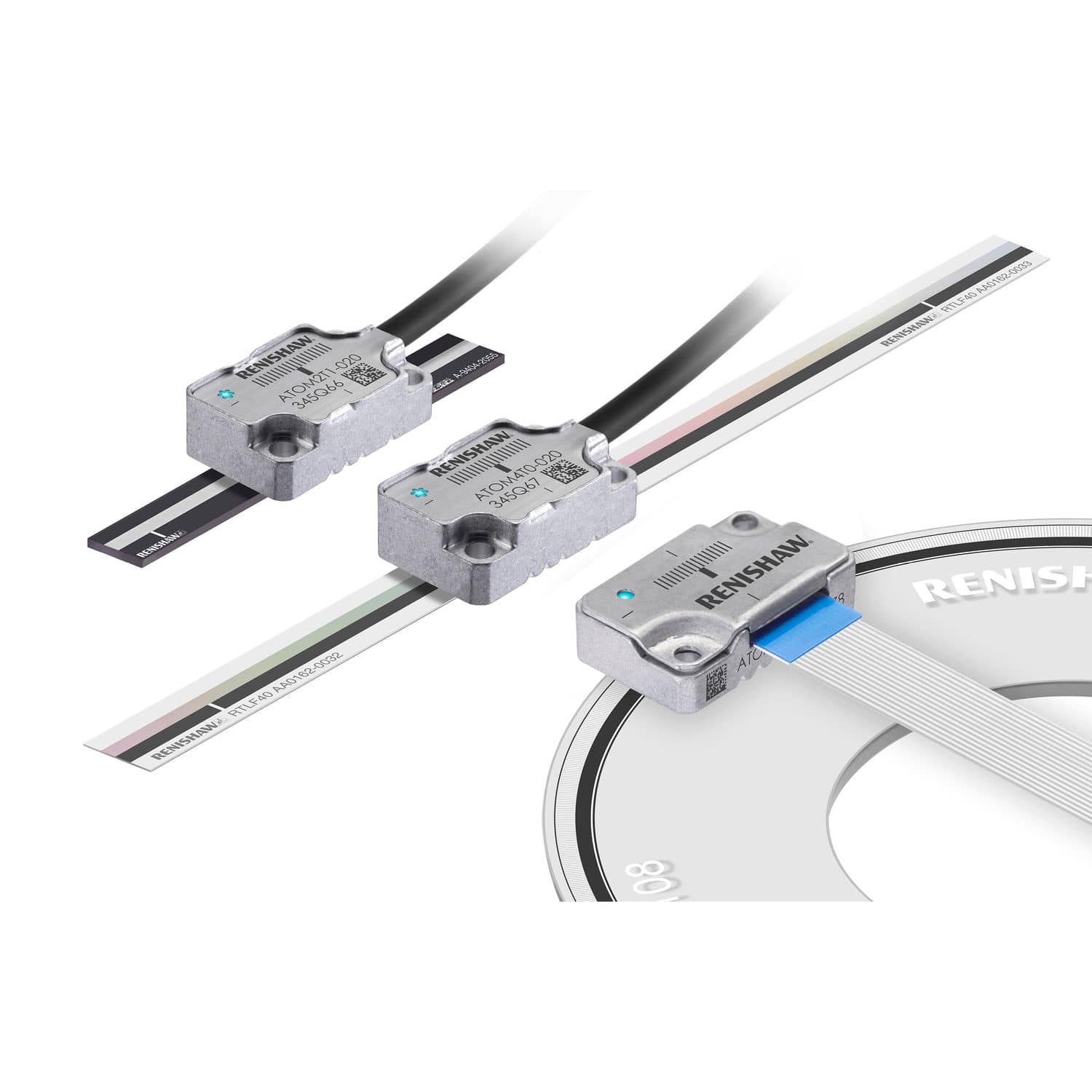 Furthermore, you will have thermal expansion problems. A one meter aluminum beam will expand by \$23\mathrm{\mu m}\$ per degree Kelvin / Celsius. If the parts of your machine are securely fixed together, the beams will buckle, due to different parts of the machine having different lengths and the expansion being proportional to the length. This is why you use holes that are larger than your bolts with rubber washer so they can move, as shown in US patent 6,058,618: 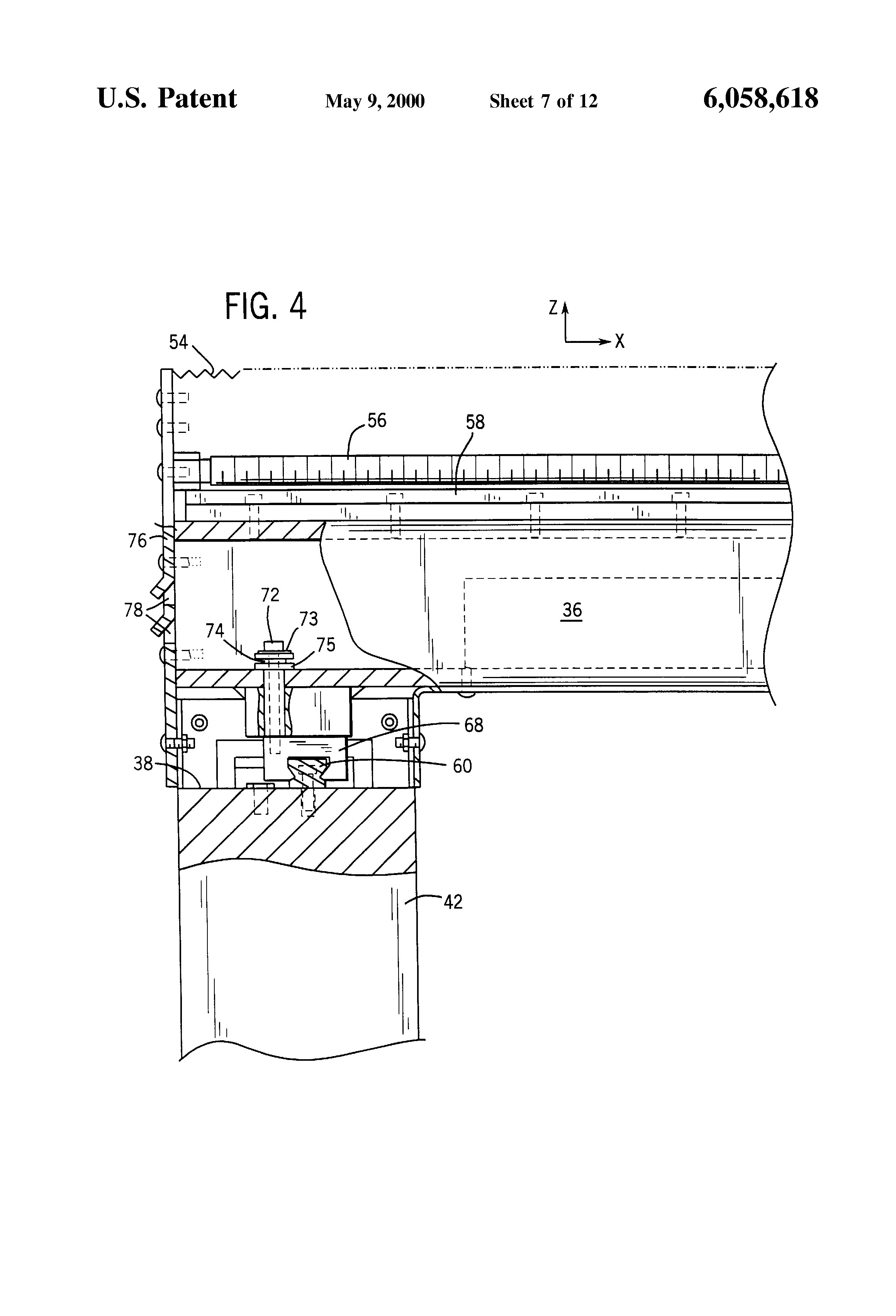 I’ve tried to be brief and pointed only the major issues. I have avoided things like bearings, calibration, tool wear etc. Hopefully this can point you in the right direction. All in all, to solve these problems you need to spend a lot of money. The encoders alone are more expensive than your CNC machine.

If you look for cheap digital readouts (DRO) you'll find ones that have data ports. They will not only provide the data over the port, but on an LCD with options for zeroing the axis:

They can be used as sensors once attached to your machine, and if you do read them you'll get closed loop feedback for your control system which should resolve your repeatability errors with a resolution much greater than your target 0.1mm.

Distances this large are generally measured (for calibration) using an indicator against a reference bar. You can get dial indicators accurate to 0.01mm at a reasonable price, and you should be able to get someone to machine a steel or SS bar or rod to 1000mm pretty inexpensively (or you can pay 2K+ for a "real" metrology reference bar). Note that the bar will only be 1000mm at a specific temperature.

(attach the dial indicator to the spindle)

Google "metrology" and you will find a wealth of material on techniques and products.

You could also add inductive sensors to the motion rails at a specific distance apart and verify the distance as part of the calibration process each time you mill something.