I have these remote controlled wall outlets (Brennenstuhl Funkschalt-Set RCS 2044 N Comfort). And I'm trying to make an arduino circuit with an RF transmitter so I can switch them on and off without the remote.

I sniffed the signal from the remote with an RTL-SDR and found out that the signal frequency is 434 MHz. So I went online and ordered an 434 MHz transmitter (from sparkfun).

After I hooked the transmitter to my arduino and wrote the code with the exact same signals as the remote had send out. I tested the circuit and saw that it didn't work.

So to see where it went wrong I also sniffed my signal from the RF transmitter, to see if it's the same as the one from the remote. And I found out that the frequency of my 434 MHz transmitter is actually 433.92 MHz.

So then I tought how the hell has my remote a 434 MHz transmitter if I can't find one? And I screwed it open and saw in the casing that even the transmitter of the remote is 433.92 MHz. But for some reason it sends out a 434 MHz signal. So it must have some kind of circuit inside that modifies the 433.92 MHz to 434 MHz.

And now my question to you is:

(I uploaded some pictures of the remote, the wall outlet, the RTL-SDR, the RTL-SDR captures on my laptop, The (simple) arduino circuit and the transmitter module) 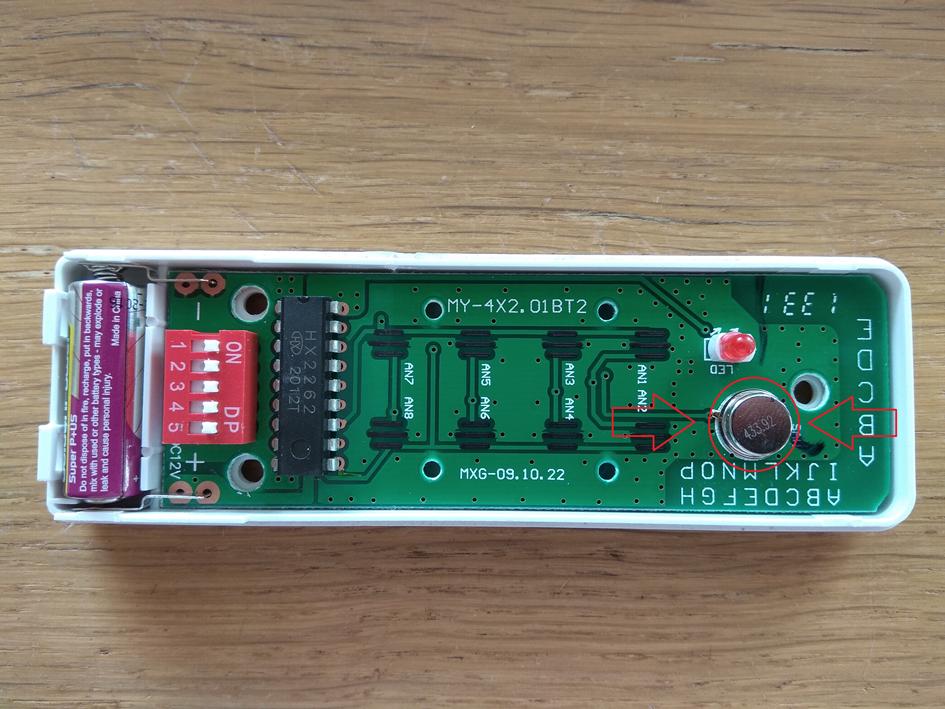 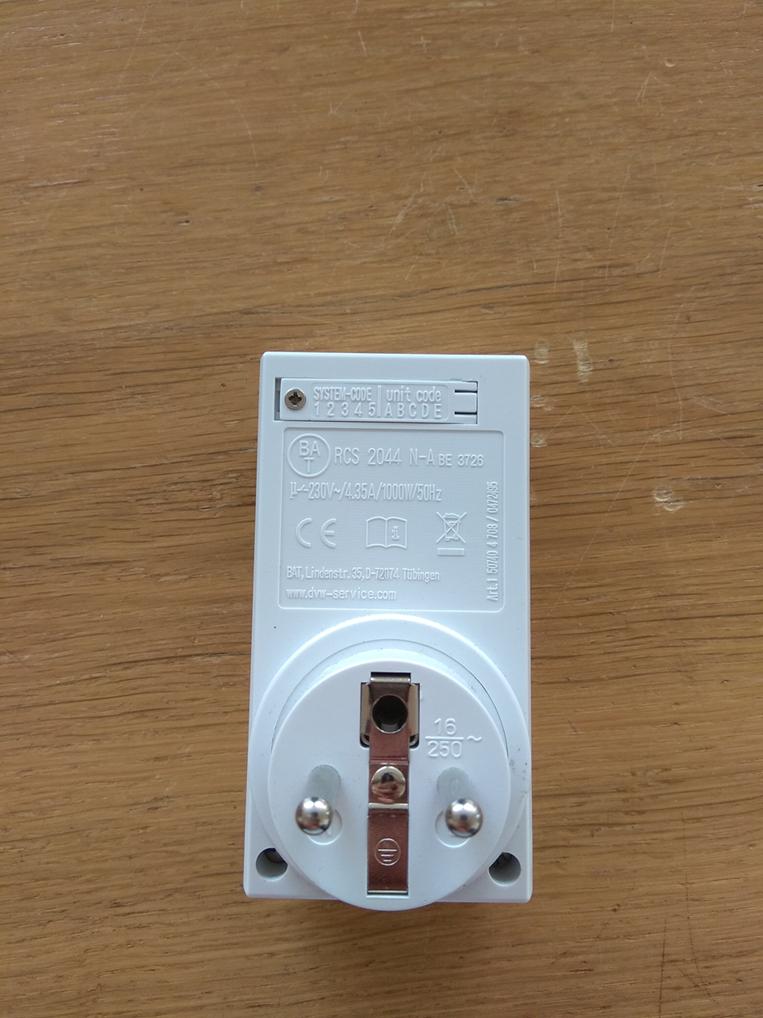 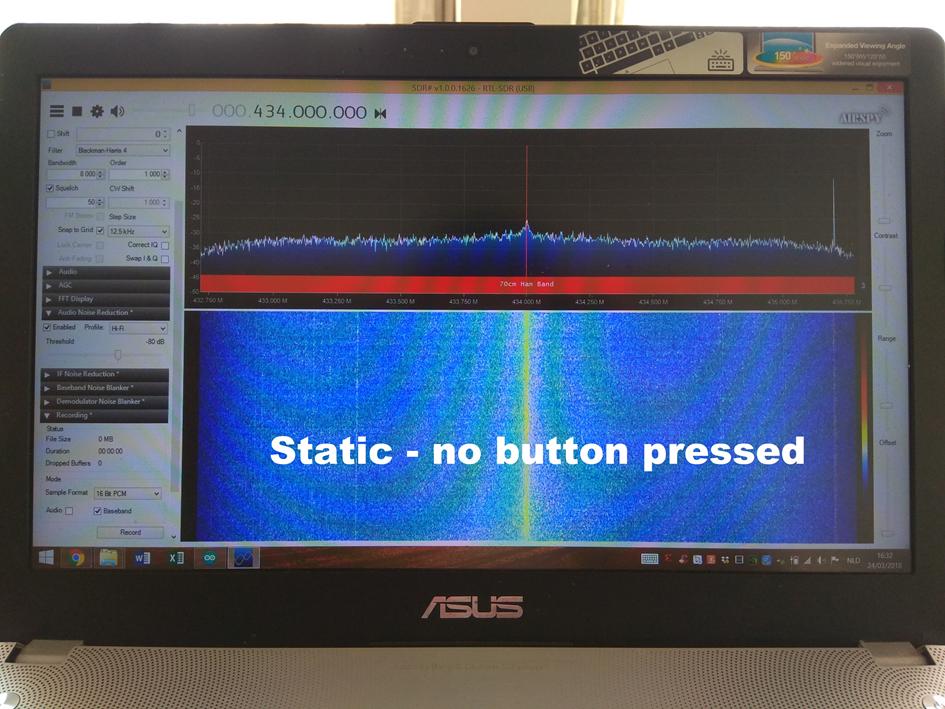 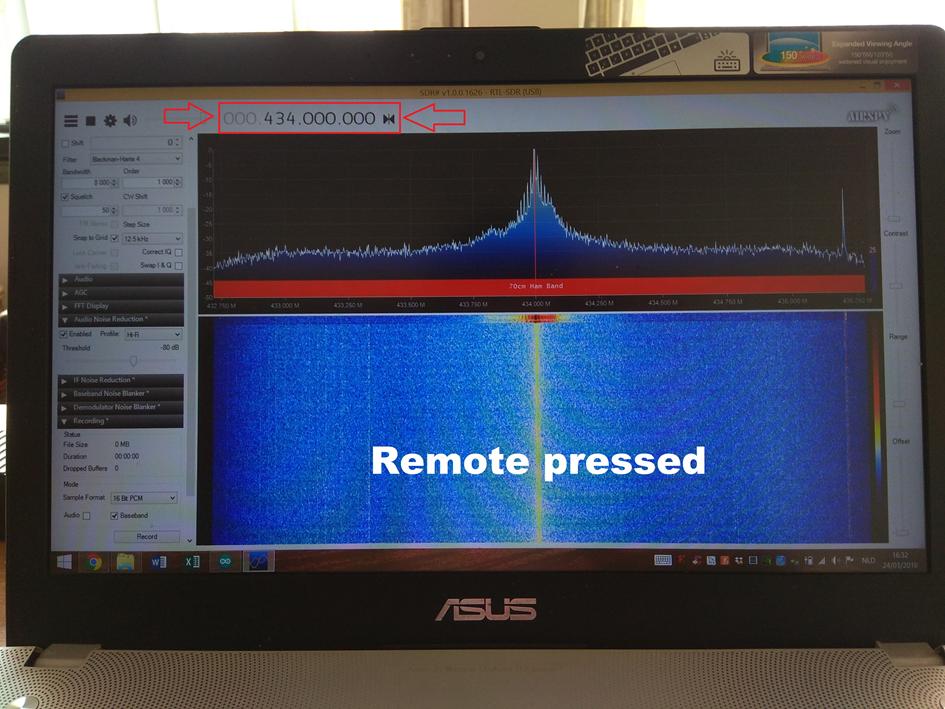 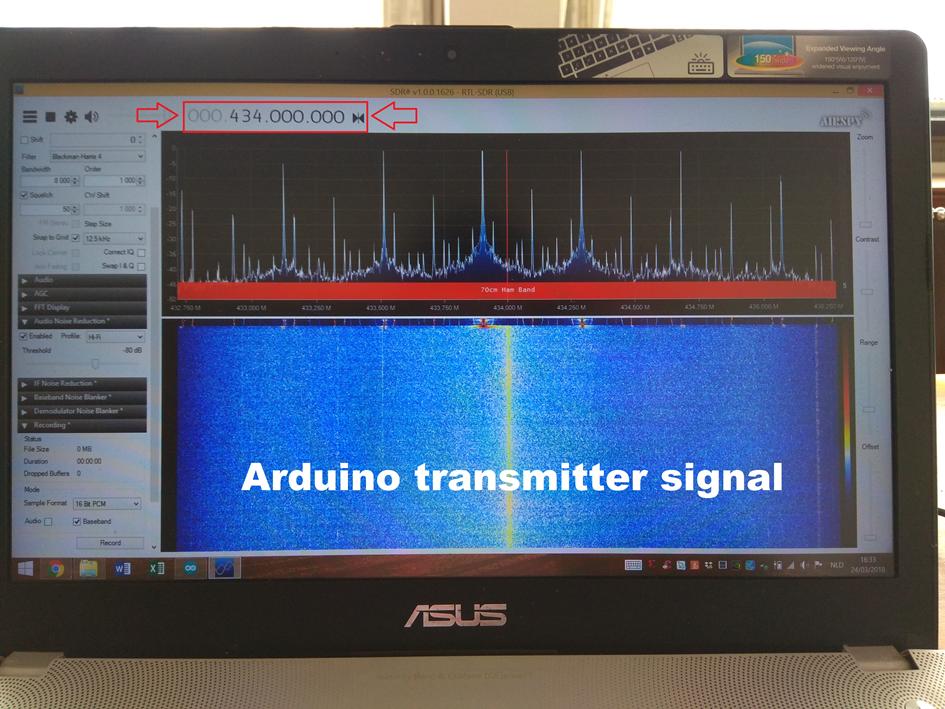 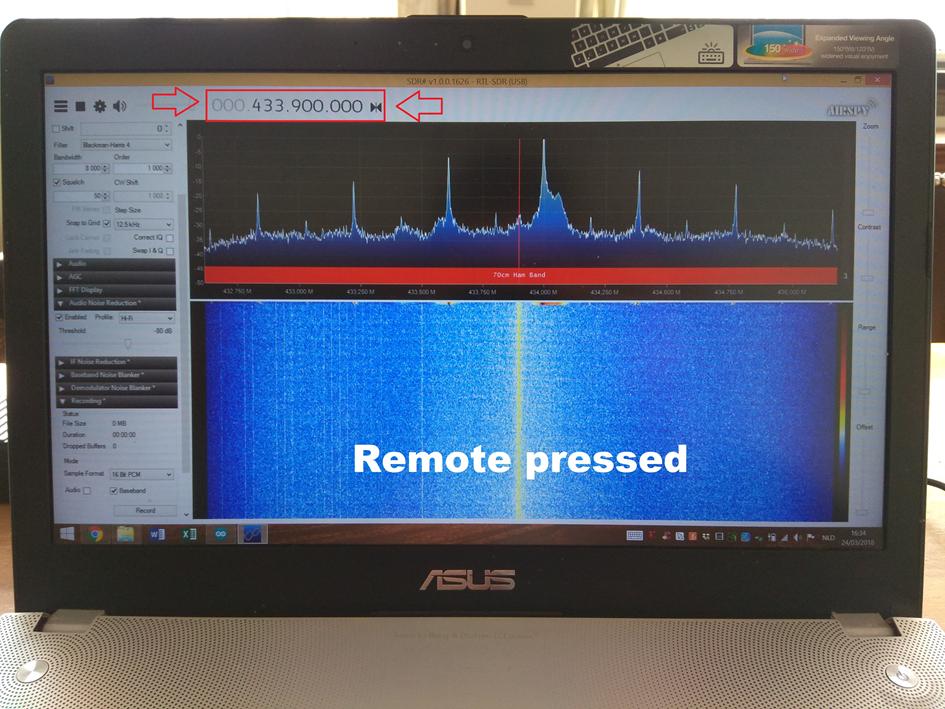 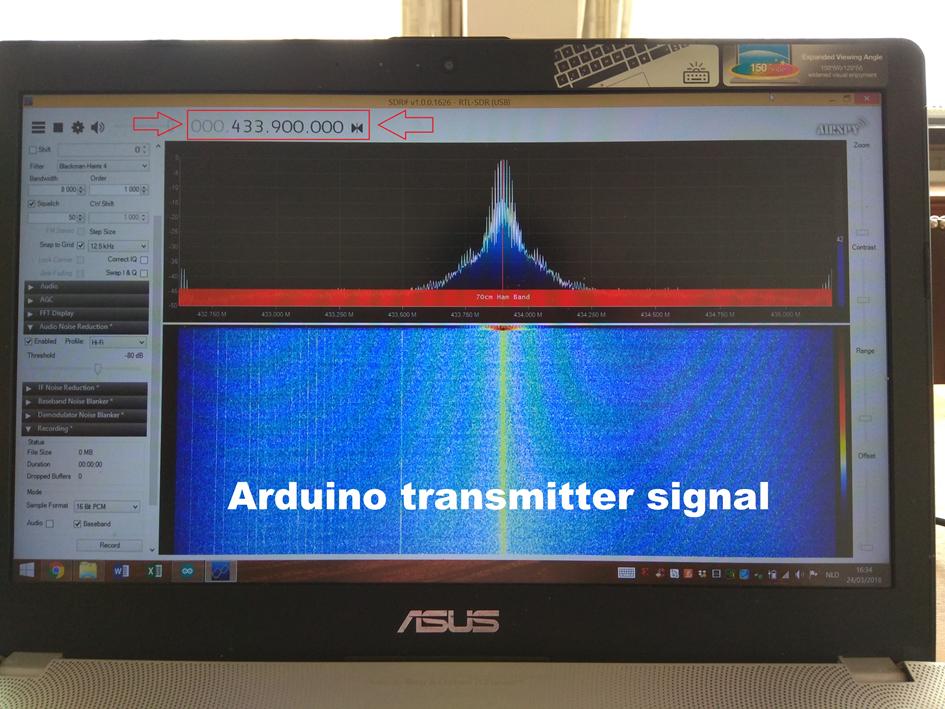 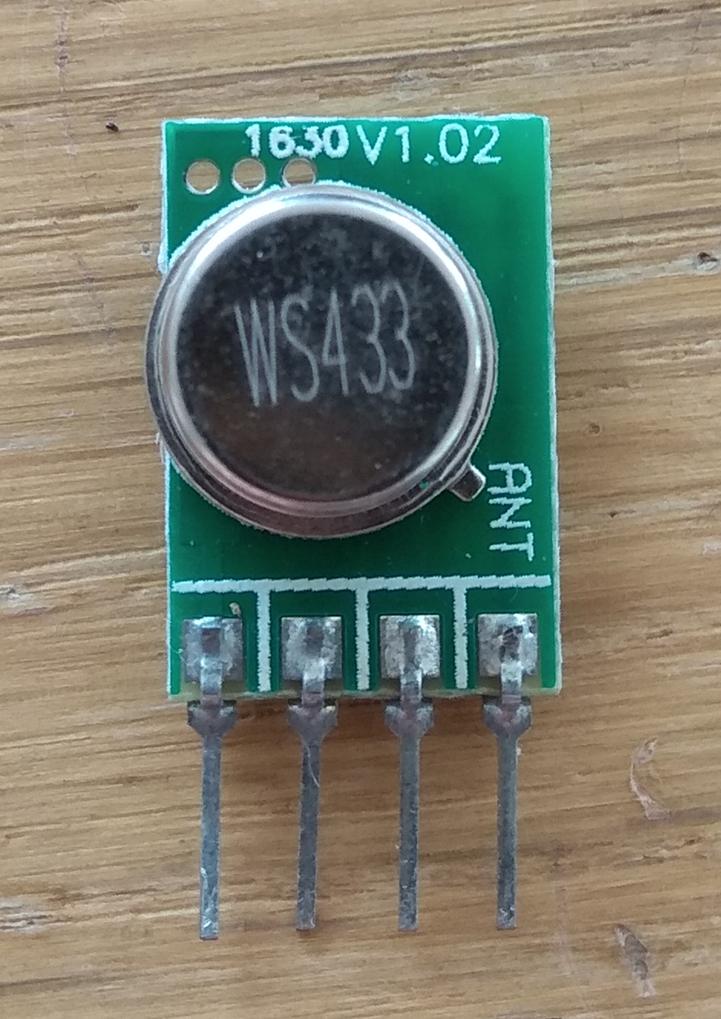 Don't. Frequency-wise, what you bought is fine.

The difference is only 0.02%, the electronics would have a very hard time to distinguish between those two frequencies, especially the very cheap electronics found in typical consumer products. So the documentation often rounds the value a little (or just chops off the .92 part and calls it 433). I very much doubt that your oscilloscope would be able to tell the difference, so the 434.000 you measured is probably 433.92 (or at least meant to be).

Not the answer you're looking for? Browse other questions tagged arduino rf relay oscillator home-automation or ask your own question.