I have designed a Sawtooth to triangular waveshaper using a precision full wave rectifier.I added C1 to stop clipping and the parallel resistors R7 and R5 to get the triangle's ampitude the same as the sawtooth (5V). But as the frequency gets higher, the amplitude is decreasing. Any ideas of how this can be prevented?

UPDATE: This desing is for a music synthesiser, so the input sawtooth will vary from 30Hz to 1Khz while wanting to keep the amplitude about the same. It is also important that the triangle wave has an average offset of 0. So that it can be again converted into a sin wave later 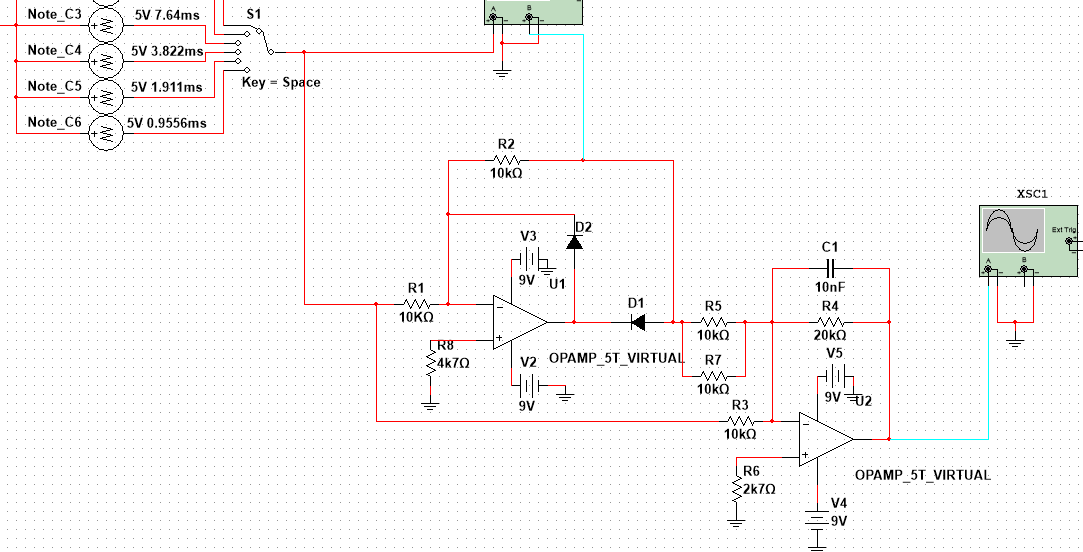 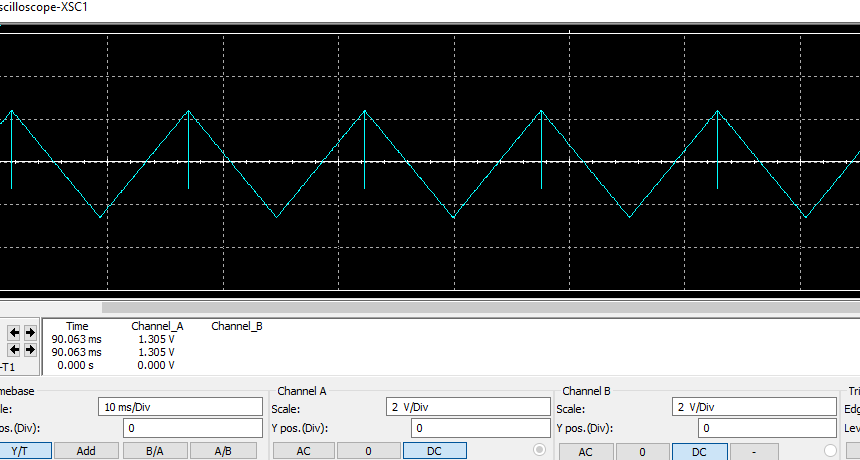 I am not quite sure that I can fully understand what you are intending to achieve with your circuit configuration but there are a couple of problems that you need to correct.

Not the answer you're looking for? Browse other questions tagged operational-amplifier oscillator rectifier multisim or ask your own question.