Why I had to add buffer to this circuit? 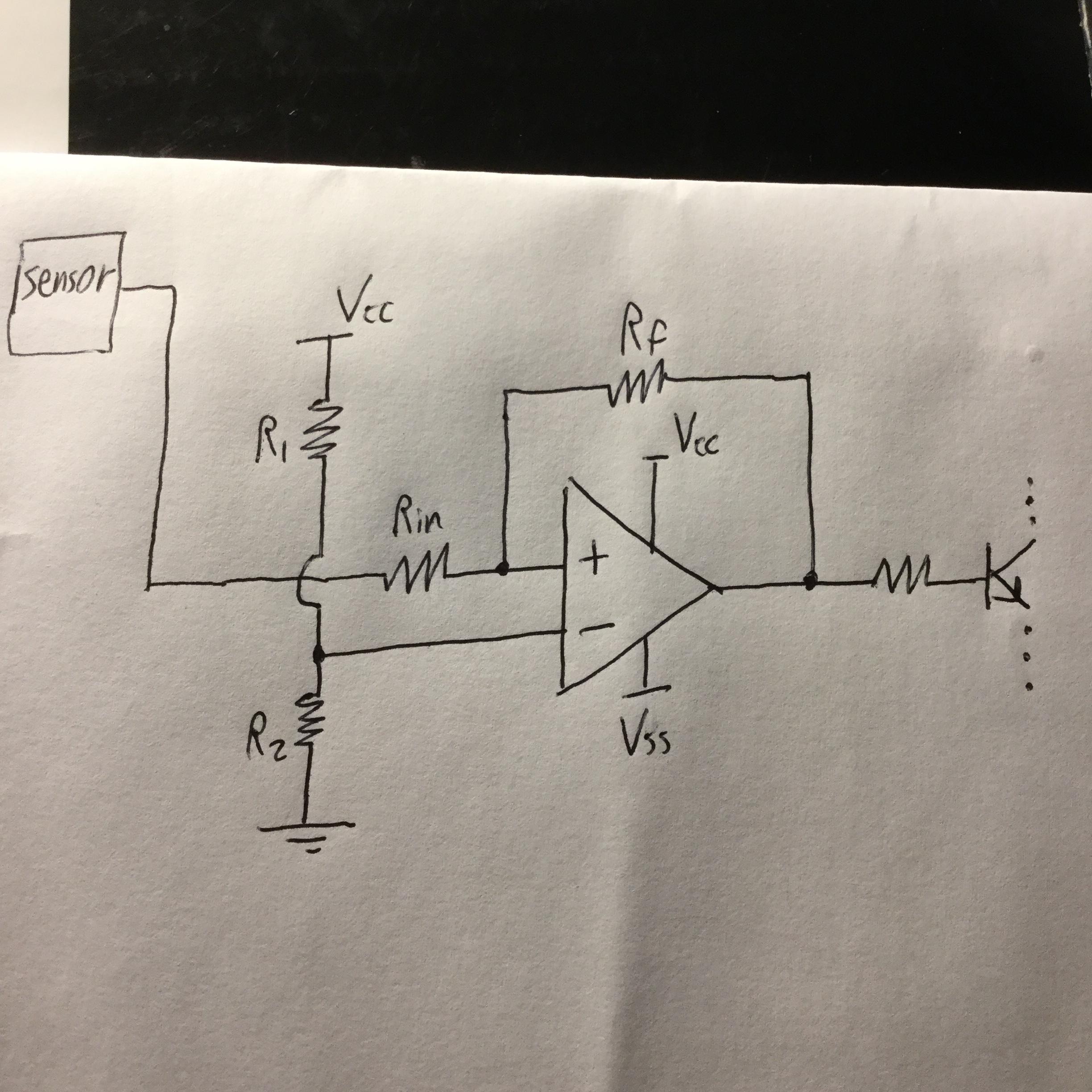 Your sensor has a high output impedance.

Imagine the sensor as a voltage source in series with a resistor Rout. If the output of the comparator is high, you get the following equivalent circuit:

I have picked some resistor values that replicate the measured results you mention. Knowing Rin and Rf, you could easily calculate the actual value of Rout.

Adding the buffer presents the sensor with a high-impedance load, and the Schmidt trigger with a low impedance driver, effectively eliminating the effect.

For clarity, what you have shown on your drawing is a comparator with a positive feedback, which makes it a Schmitt trigger.

A simple version of a comparator/Schmitt trigger circuit that you could use in your application is shown below: 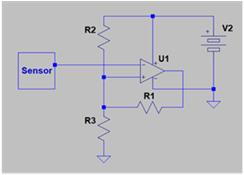 In your circuit, the effect of the feedback is more difficult to predict because the sensor is a part of the feedback network and its impedance may be changing over time (e.g., when it senses something).

In summary, if you want to make your circuit work more predictably without adding a buffer, you can use the inverting input for the sensor and let the non-inverting input do its thing.

Not the answer you're looking for? Browse other questions tagged operational-amplifier impedance buffer or ask your own question.

1
Can I use an RC4558 as a voltage follower (buffer) for line level audio?
1
Trouble splitting off LFO signal to drive LED
4
can I use any OP AMP as buffer
0
lm358 arranged as a 5 volt Buffer
1
high output impedance sensor with voltage output
4
DAC + op-amp buffer just keeps dying
1
Op-amp voltage buffer attentuates the input
0
Issues with coupling a buffer to an optocoupler
0
Noisy op amp buffer
0
3.3V very low power consumption buffer for sensor output