WARNING! To others reading this question: This circuit uses high voltage. DO NOT mess with 220V/110V unless you know what you're doing and know the risks (electrocution and death, mainly)

Hello everyone, I'll try to be as brief as possible: I have a heating element taken from a 220V hot plate and connected like so: 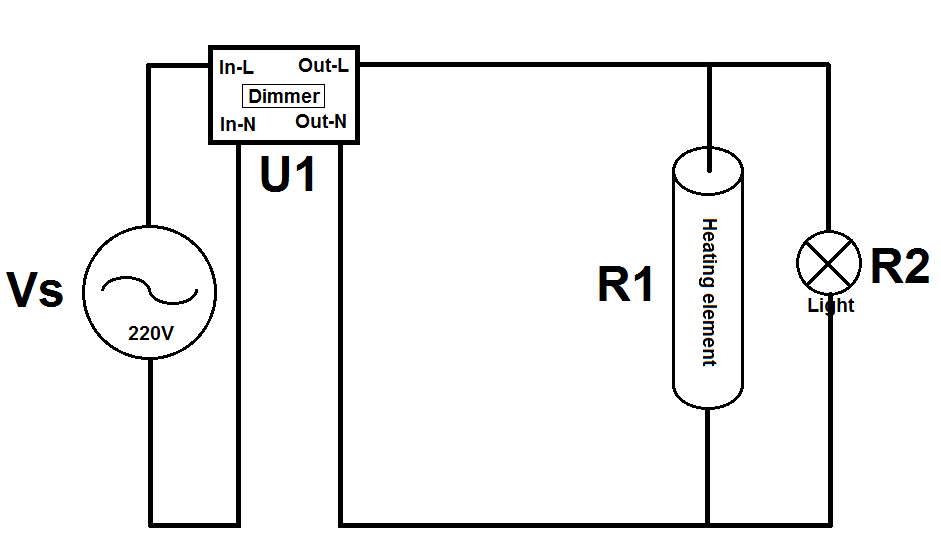 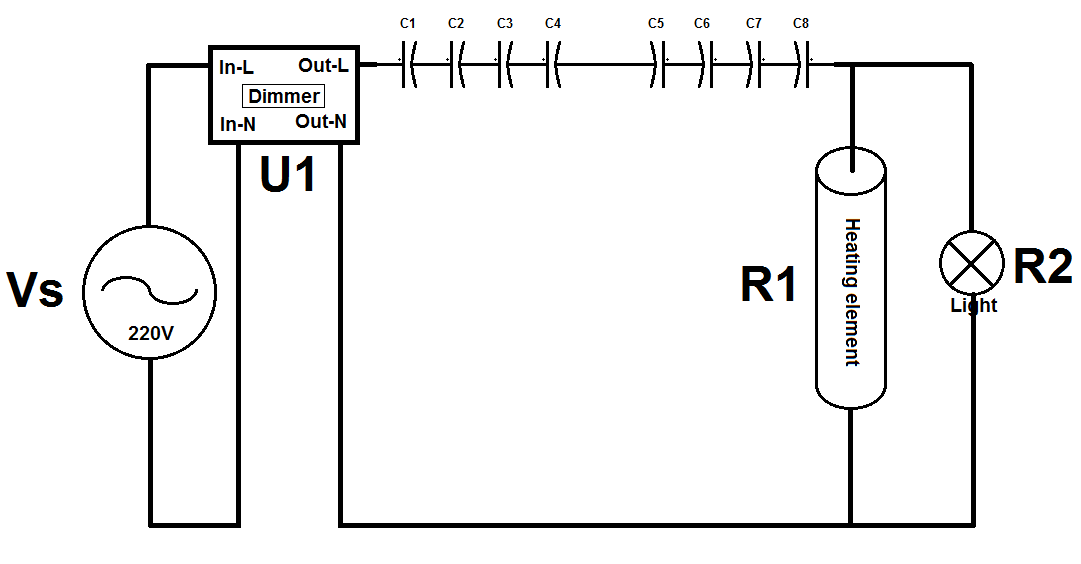 So if my calculations are correct, when the dimmer is at full and the element is at room temperature, the capacitors will measure 63V at peak amplitude and will reduce the RMS current by 447mA (2.2A without the capacitors, 1.753A with them).

Second question: Is everything I wrote correct? Or did I accidentally build the equivalent of a hydrogen bomb that will destroy my house, neighborhood, and everyone I've ever known and loved??

Capacitors in series need balancing resistors to ensure that one capacitor doesn't get over-supplied with voltage. This problem is normally one that is associated with DC circuits and series capacitors used in power supplies but, can also be seen on AC supplies.

A problem I see is that most electrolytic capacitors have a wide tolerance range and this will inevitably mean that one (or some) of the capacitors (that have the lowest capacitance value) will receive an unequal share of the voltage and possibly cause a breakdown.

Another problem is that relying on an electrolytic to turn into a diode when reverse polarized is a bit hit and miss. So, if you choose capacitors that are fairly well balanced in value and maybe consider using reverse diodes across them en bloc it might be OK.

Alternatively, get a lamp that is low voltage and wire it in series with the element in order to drop the voltage to the element.

Not the answer you're looking for? Browse other questions tagged capacitor ac electrolytic-capacitor or ask your own question.