I bought 100uH inductor for my boost converter, one toroidal (DTPU100A3) and one bobbin (DSZ-9/100/2,2-V), both form faryster. In the beginning, I thought both will give me same results, but the toroidal needs frequency below 40kHz to achive expected results. At the same time, it generate high-frequency noise and heats up. The second one gives same results or even better at frequency above 100kHz, without heating and noise.

I also though the toroidoal will not heat beacuse of its size but it looks like I'm wrong.

So where is the difference? 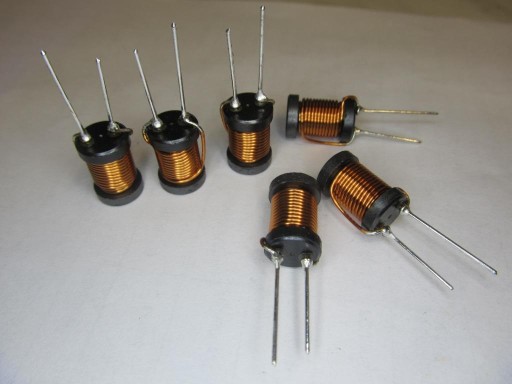 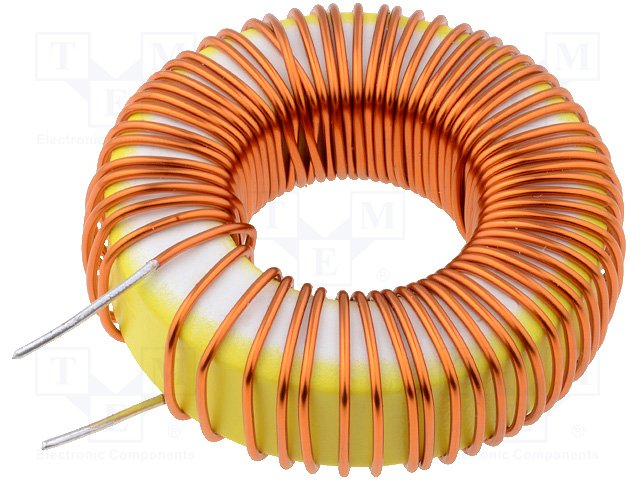 An inductor is not characterized simply by its inductance (how many "henry"). Even if it were a linear inductor (i.e. the kind of inductor they teach you when learning the basics, that is a simple coil with no magnetic core) you should take into account the resistance of the wire and its physical construction to estimate its temperature rise.

When you put a (ferro-/ferri-)magnetic core into a coil, that "simple" inductor turns into a wild non-linear beast, bringing you the pleasures of an host of other issues

I dare say an inductor with a magnetic core is one of the nastiest component (among the common parts) to fully understand for an engineer.

Since you are a beginner, I won't enter into the gory details, but I'll just mention the fact that the core material will greatly influence the behavior of the inductor.

When the current in the coil varies, the magnetic domains inside the core will try to follow the magnetic field variations and will change orientation. Depending on the specific material, this will create some amount of heat (imagine a room packed full of surfers with their surf-board on their shoulder trying to change direction all at once).

Different materials have different response to magnetic field changes, so their performance is affected by the current frequency in a different way.

Bottom line: you can't compare two cored inductors knowing just their inductance. You should be sure at least that their core is made of the same material.

Toroidal cores look like a no-brainer for an SMPS in that they typically result in pretty low EMI radiation: owing to the lack of an airgap and the regular shape, they don't leak very much. But the lack of an airgap has a downside, which is comparably lower saturation current if memory serves. Which makes them less suitable for power applications... In addition to what JonRB has posted in his comment.

Your typical SMPS accumulation inductor is a pot core of sorts, with the winding encapsulated inside. From outside it's an opaque ferrite brick with two surface-mount leads protruding outside.