What does this symbol (three connected triangles) mean? 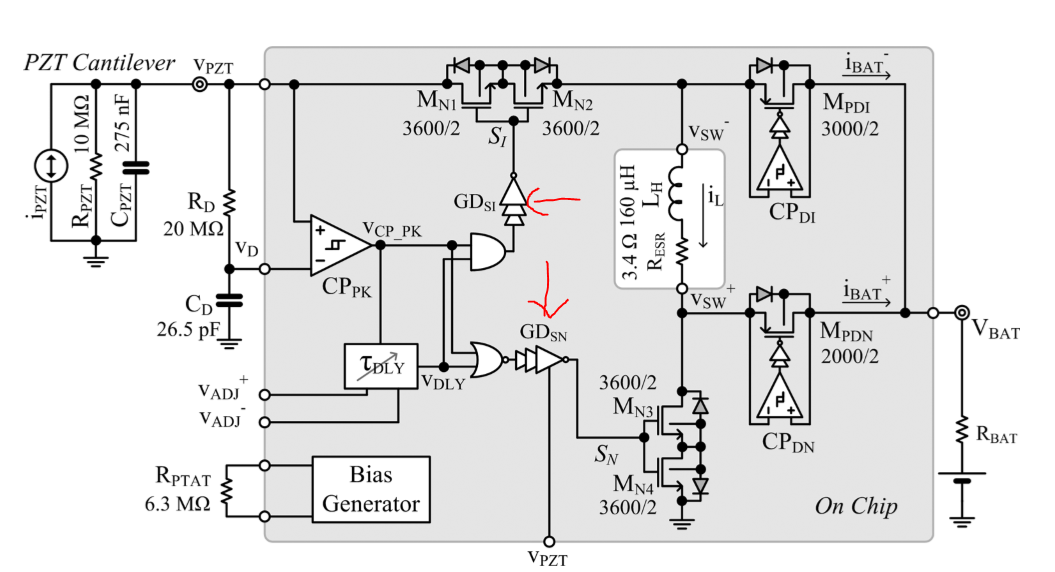 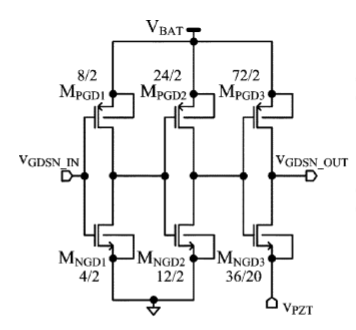 What do the symbols \$GD_{SN}\$ and \$GD_{SI}\$ mean? What is the component’s purpose? The second picture shows its schematic.

What do the symbol ,GDSN and GDSI , mean?

It looks like you have answered your own question. Your second image shows what the three triangles are.

It's simply three cascaded logical inverters with an enable.

The driving force of each logical inverter gets stronger as you go to the right. In other words, the input may be very weak and the output will be very strong.

It's an inverting bufferer.

and what is its purpose?

To me looks like a three stage inverting buffer.
But it's not an IEC 60617 standard symbol as far as i know

that symbol is called inverter chain

Not the answer you're looking for? Browse other questions tagged schematics symbol or ask your own question.

0
Misunderstanding from the author saying,about the current flowing path