I'm creating a LTSpice simulation. I need a voltage source that looks like the output of a full wave bridge rectifier. 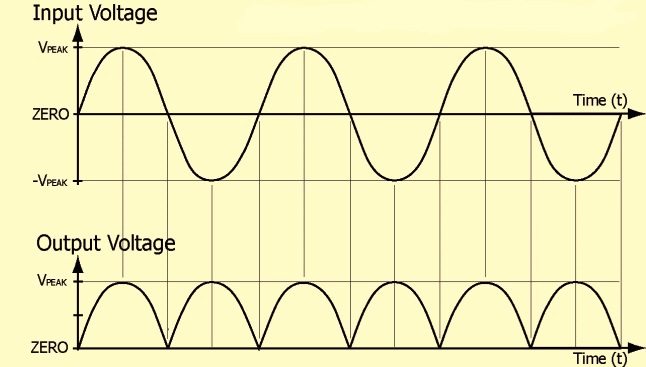 The simulation includes a sine voltage source (voltage block) line to generate an "Input Voltage" and an arbitrary voltage (bv block) Rectified which uses the abs() function to "flip" the negative part of the input voltage waveform, thus creating the "Output Voltage" that drives the circuit. 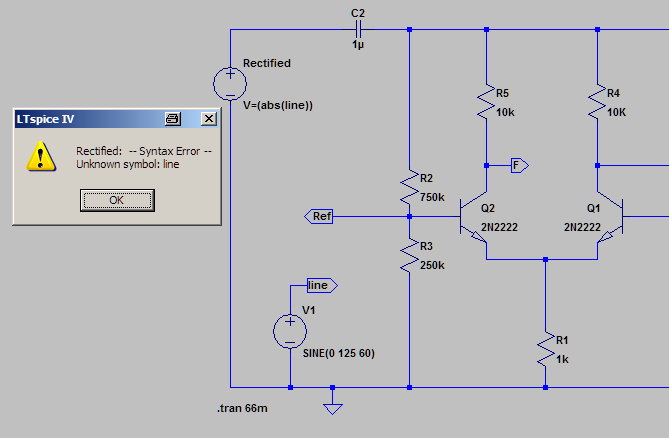 (Same problem if I use "V1" instead of "line" in the bv block formula.)

You can take the voltage of a node, a voltage difference between nodes or a current through a device as input of a B-source.

However, it is assumed that the circuit element current is varying quasi-statically, that is, there is no instantaneous feedback between the current through the referenced device and the behavioral source output. Similarly, any ac component of such a device current is assumed to be zero in a small signal linear .AC analysis.

The I() and V() syntax is required as you can create a node which is named R1 and a resistor which is named R1 (I do not promote such a naming scheme, but it is possible), so LTSpice cannot easily decide which one you want.

Not the answer you're looking for? Browse other questions tagged ltspice symbol error bridge-rectifier or ask your own question.