I discovered an "funny" thing today.

Today I noticed in the testing department that what I've measured doesn't correspond entirely to what they see. The pic below is what I got with the GW-probe, where the red lines is what the peaks are with the probe they use, which is a Tektronic P3010 100MHz 10X. 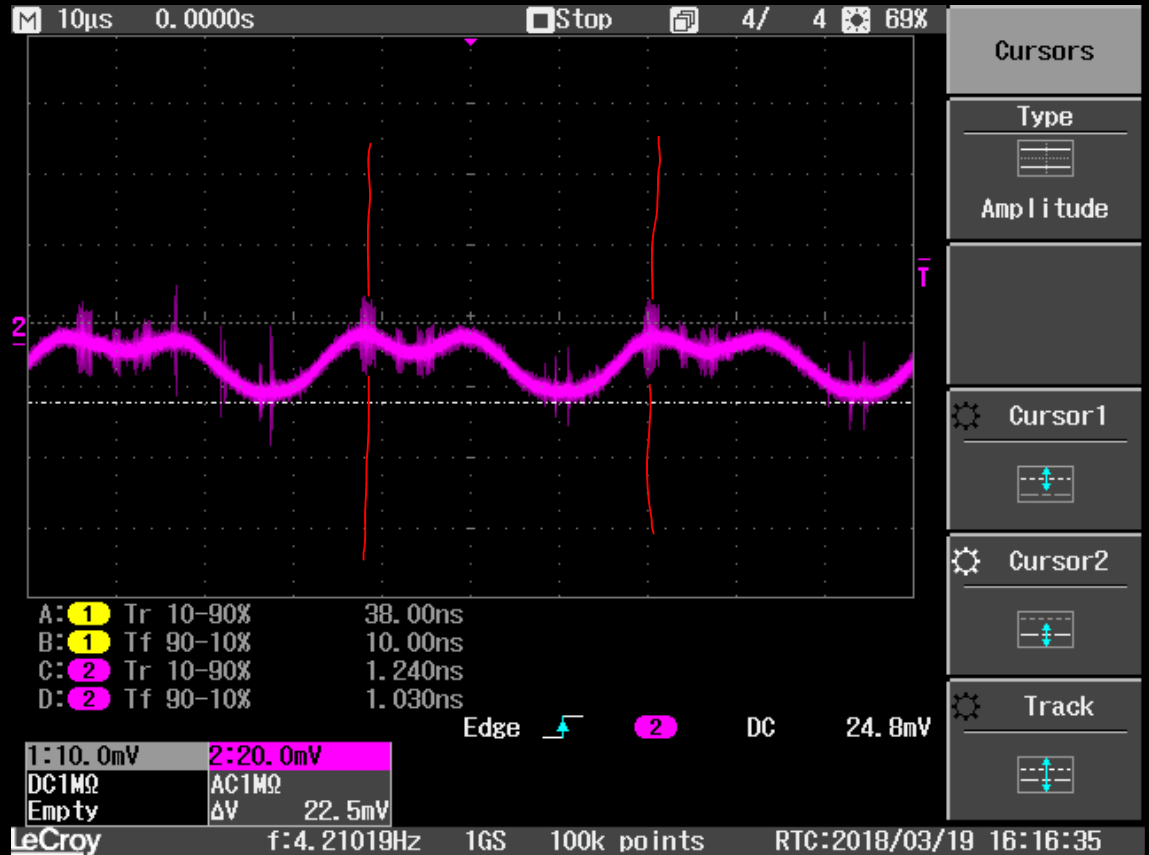 I tested the exact same probe on my own scope which is the same model and I got the same result. Firstly I thought it might would have something to do with the input capacitance, but according to the datasheets they have the same nominal input capacitance.

Before I tested I also ran the probe against the scope's calibration signal.

Any more ideas what this may depend on?

In the pic below the same settings is used, just different probes. As can be seen the high frequency spikes is a lot higher with the the tek-P3010 probe. I've yet not found an logical explanation. 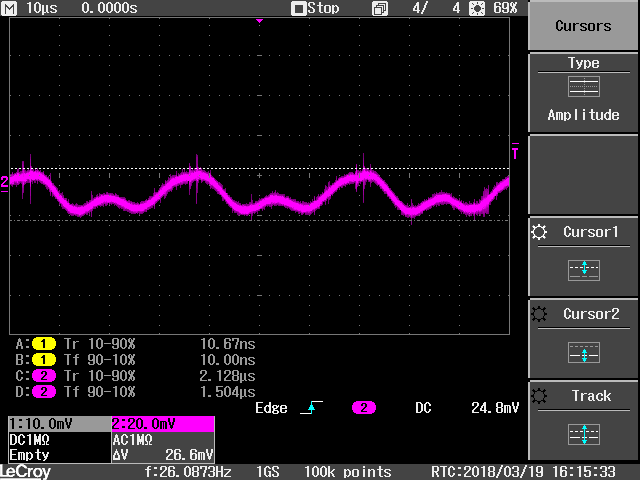 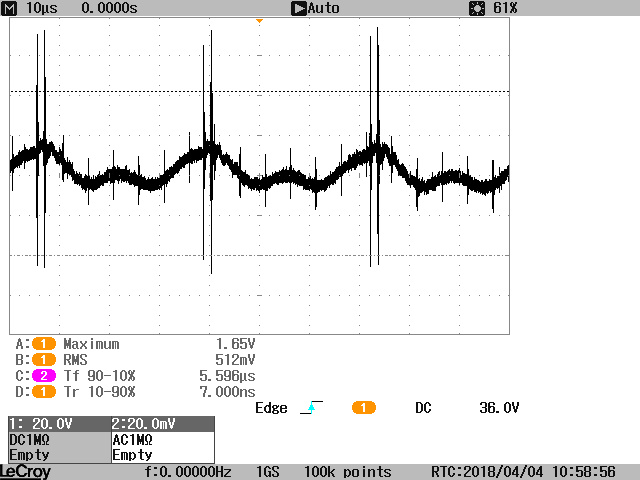 Are you testing in different rooms/environments, too? I'd also make sure that you are using the same grounding setup (lead length, etc.). It looks to me like a shielding/environmental noise issue.

Looks like the oscilloscope input capacitance resonating with something in the circuit. Close to resonance a it makes a big difference. Have you tried to slightly under or overcompensate the probe ? Also as Brian pointed a broken probe without ground might be the source.

17
What does input capacitance mean on an oscilloscope?
6
Scopes and probes
4
Emulating Old Tektronix Coded Probes
3
DIY DC Blocking Capacitor for oscilloscope
1
Confusion with a measurement method suggested for an opamp input impedance
4
Practices for using a scope, scope probe and termination resistor for a proper measurement setup
1
How to measure high frequency with an oscilloscope without loading circuit down too much?
1
Guidance for making wide-bandwidth X1 scope measurements
0
I am having trouble measuring the amplitude of a 97 MHz signal with an oscilloscope with a bandwidth of 100 MHz