Use LEDs to indicate voltage

I want to design a circuit that has 3 LEDs connected to it.

When the voltage of the power source connected to the circuit is...

3.6 volts I want only the first LED to light.

7.2 volts I want the second LED to light. The first LED can light also.

14.4 volts I want the third LED to light. The first and second LED can light also.

Is this kind of thing possible? and how do I make a start?

EDIT: sorry guys, the dashes were confusing. I'm trying to measure positive voltage. What I'm making is an enclosure system that allows you to make battery packs of various voltages, 3.6, 7.2 and 14.4v. I want to make a measurement tool that confirms there is power and indicates what voltage the pack currently has.

Here is a straightforward Zener-based circuit which accounts for the forward voltage drop over the LEDs themselves: 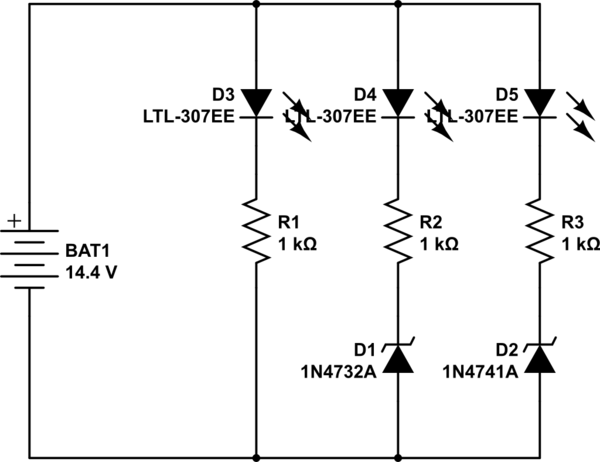 D1 is a 4.7V device, and D2 is an 11V device. These should give enough margin to work with different colours of LED, not just red (which tends to have the lowest forward voltage).

Note that since the full voltage is still applied to the first LED's limiting resistor, that will be the brightest one even when a higher LED is in fact lit. For that reason I do recommend that you use different coloured LEDs, taking advantage of the fact that red appears less bright than other colours.

In this case, D1 is a 5.1V type and D2 is 10V. The precise values are less critical than with the first circuit; the forward voltage that has to be added to the Zener voltage to obtain the threshold is that of the transistor (typically 0.7V), not the LED.

Notice also that all three LEDs now draw from the same limiting resistor. This makes the brightness of each LED more nearly the same regardless of which battery is connected, since although the current through the resistor is increased with higher voltage, that current is shared by more LEDs. However, because the LEDs are now effectively connected in parallel, they should all be the same colour (and hence forward voltage).

The cheapest and easiest solution I can think of at the moment is using zener diodes. Get the zener diodes for the voltages you want to indicate 3V, 7V, and 14V approximately.

The device you need is called "dot bar graph driver", most commonly implemented as LM3914 integrated circuit. Here are instructions how to use it. You just need to adjust voltage dividers to suit your particular levels. 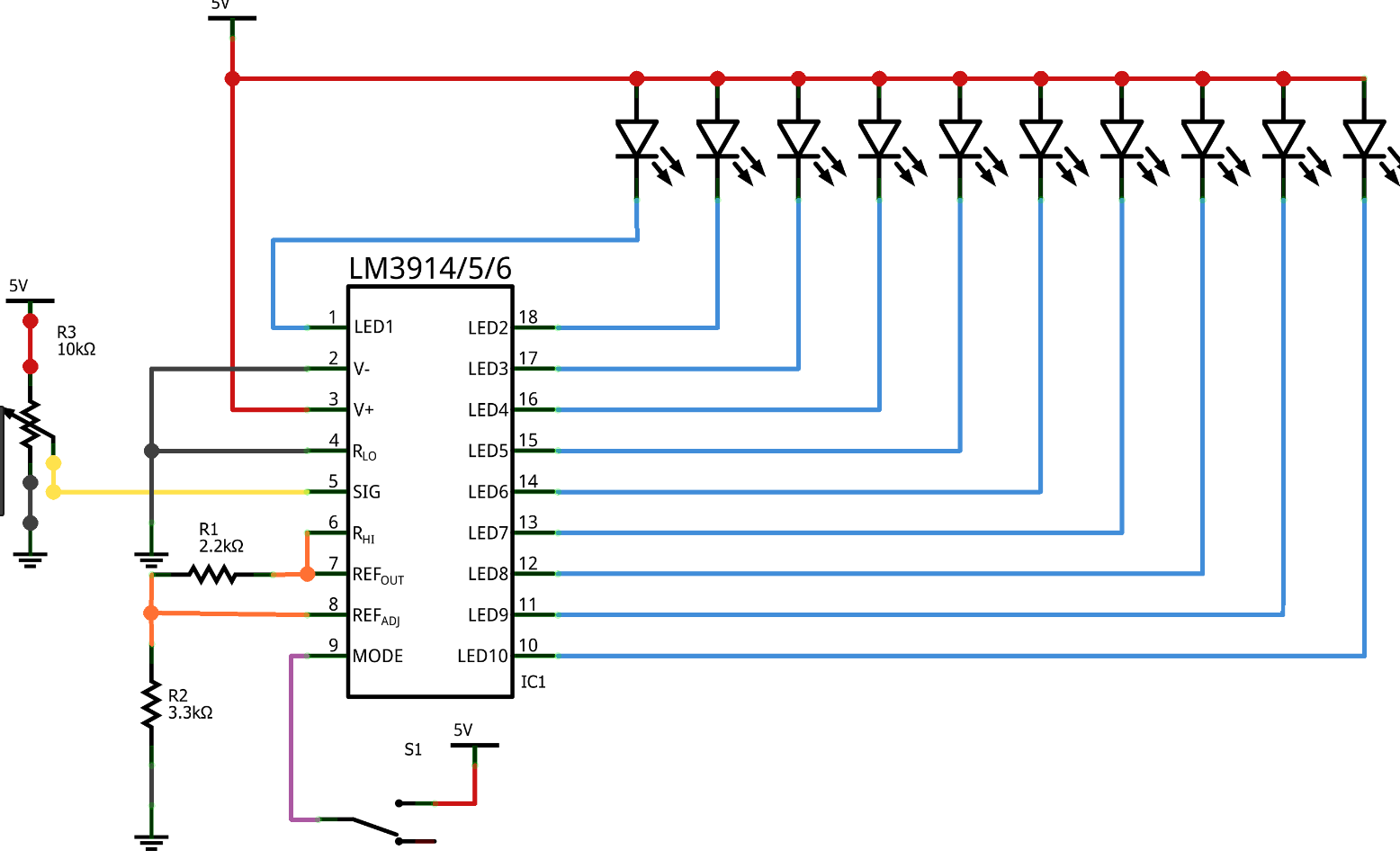 The LM3914 can safely operate up to 25V, so just connect the net labeled (5V) to positive terminal of your source, and ground net to negative terminal of the source you need to monitor. The circuit, however, will consume maybe 10-20 mA, so the source should be capable of supplying this current without affecting its voltage.

Well, this is the simplest as possible. Since diodes are current elements, it matters to them, that enough current is flowing through, which for a regular led is something between ~1mA and no more than 20mA.

(I'm often using LEDs, that you can see, if they're turned on at already 1mA)

This schematics will work just fine and diodes and none of the diodes at voltage 14.4V will not be harmed. 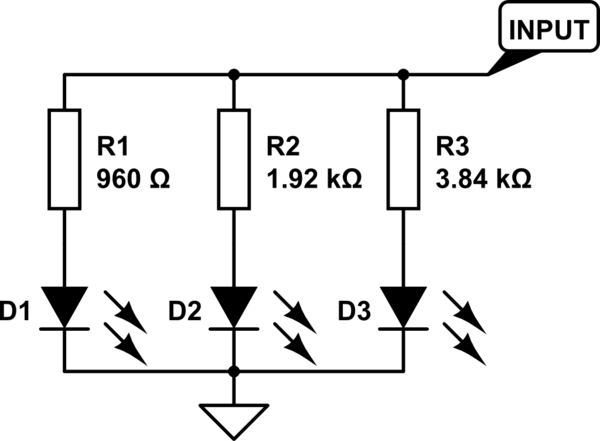 Not the answer you're looking for? Browse other questions tagged voltage led voltage-measurement or ask your own question.