Is it possible to filter a frequency?

I have built and tested an active band pass filter, with the intention of creating a speed detector, whose lower and upper cut off frequencies are 48 Hz and 1591 Hz respectively. During testing I confirmed attenuation of voltages out-with the bandwidth above and subsequent amplification. This was using a signal generator where of course, I could send the desired frequency through the circuit.

When I began using the radar module, transmitted frequency is 24 GHz (https://shop.bb-sensors.com/out/media/Datasheet_RADAR-IPM-165_DBE_Rev01.pdf), the received frequency was around 80 MHz and of course, voltage at this range even after amplification was extremely small.

I'm completely running out of ideas and thought this almost feels like last chance saloon.

As can be seen from the circuit diagram below, the radar is the input to the entire circuit. Both oscilloscope images display inputs and outputs. The outputs appear to be similar when a very large frequency is applied to the circuit, much larger than that of the upper cut off frequency. 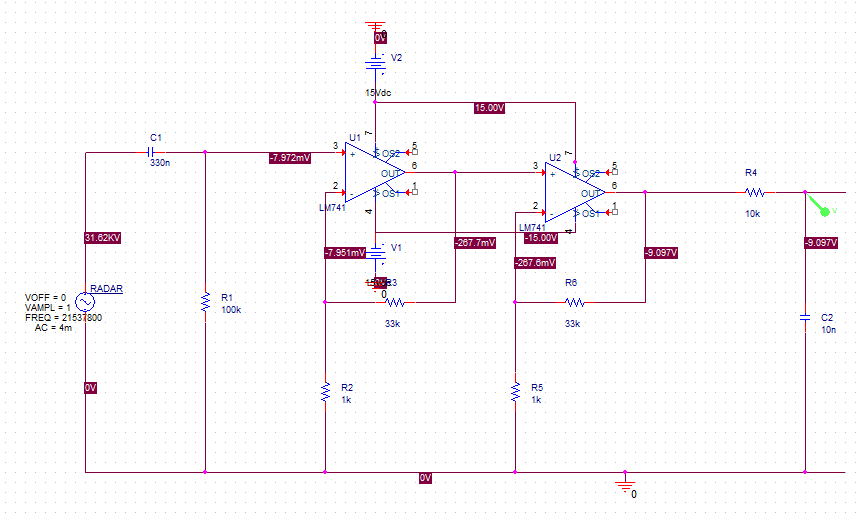 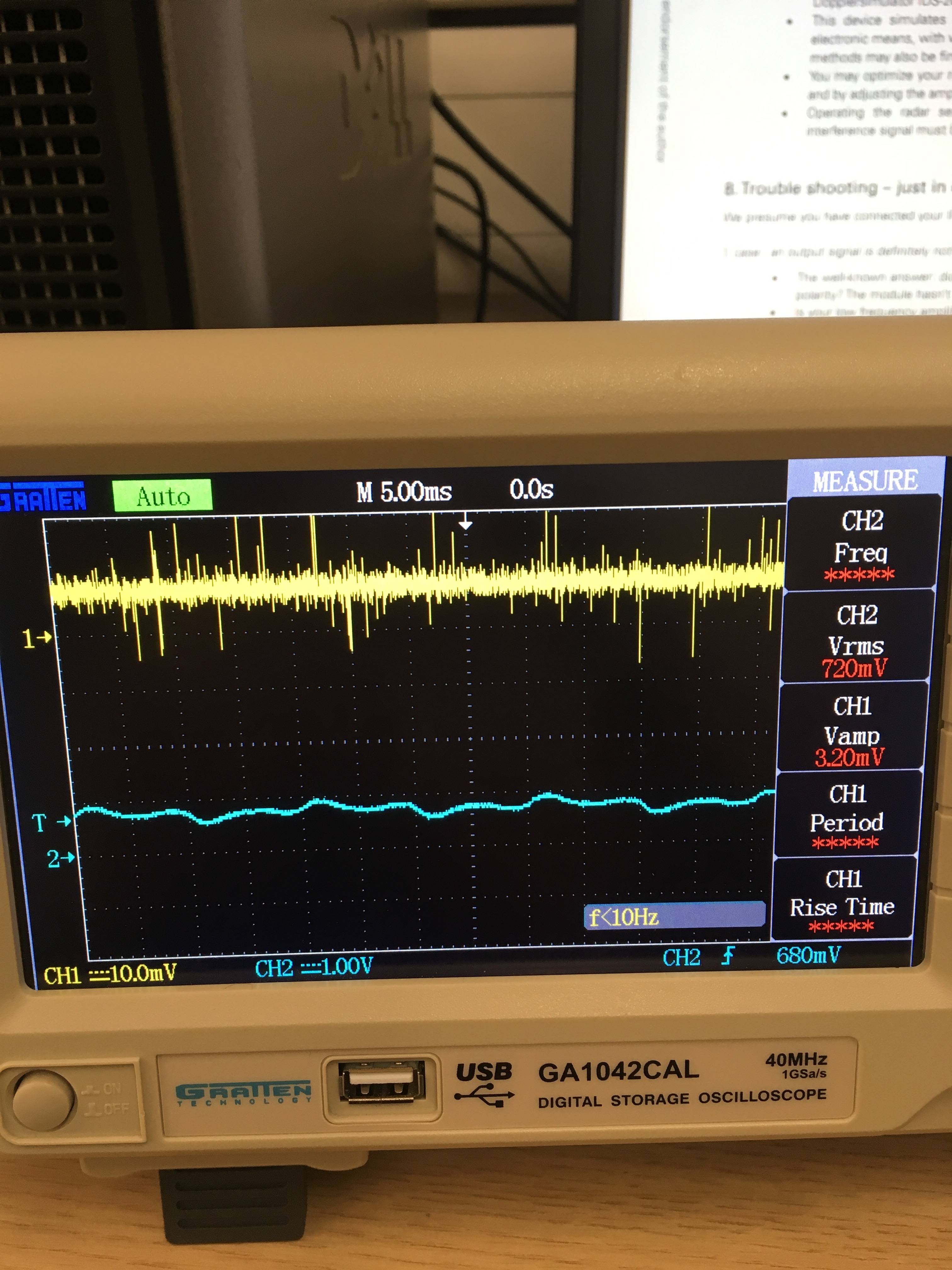 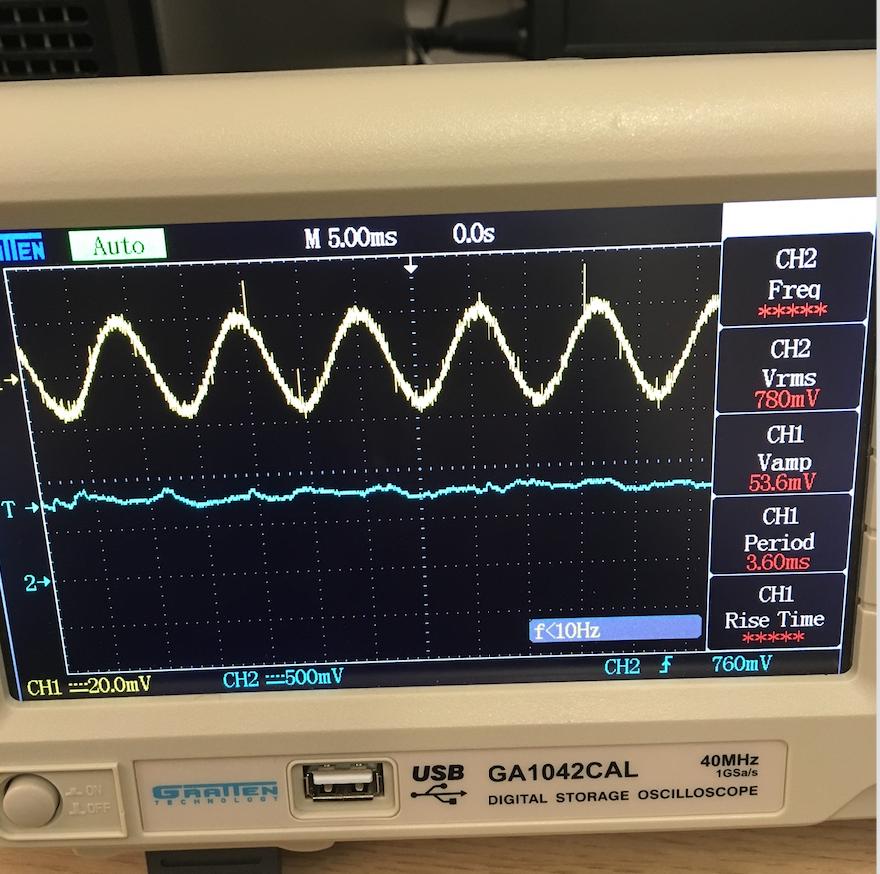 Any filter can be designed in theory to any practical specifications.

No filter can be designed with inadequate specifications.

A filter must not distort the signal amplitude in the passband (PB) with gain
But must also attenuate noise in the stopband (SB).

Thus a minimum of 5 parameters are needed for a LPF.

A full answer is not possible, because you MUST define signal spectral density ( f vs amplitude )and noise spectral density or amplitude an PW50 ( 50% pulse width ). An optimal filter may be selected by matching filter response to signal response and inverse of noise response.

There may be other specs from group delay. 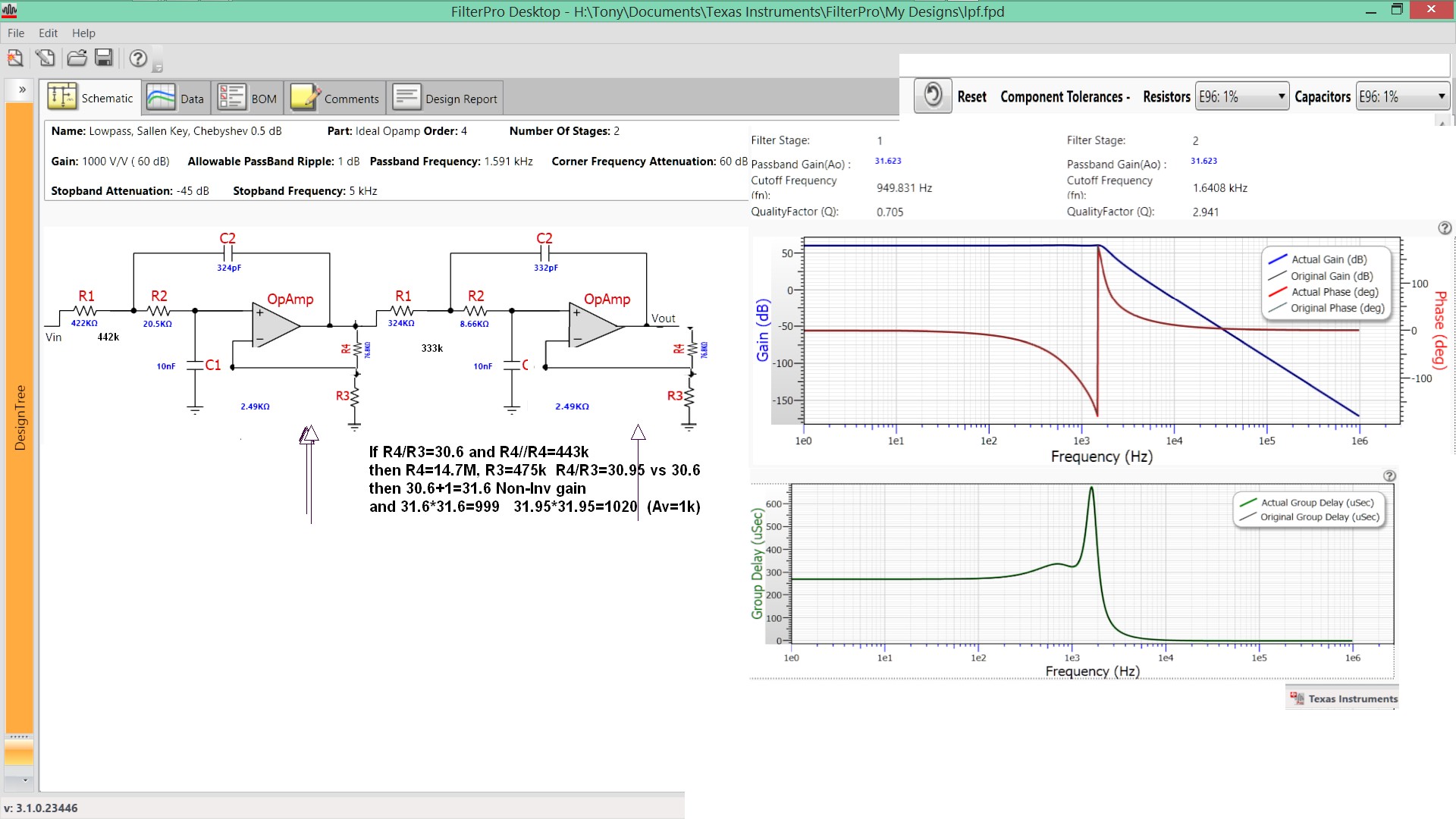 I see in the pictures that you have a lot of high frequency noise coming from radar output to the OA input.

It's true that overall the HF attenuation might be correct but at the U1 output the noise is still amplified. Over 0.5V noise with 30x U1 gain will lead to over 15V at U1 output making U1 and U2 working in non linear region.

Of course, if the frequency is high the noise will be filtered by R4 and C2 at the output but no LF small signal will survive.

MrGerber's app note shows two capacitors added in parallel with the feedback resistors (R3 and R6 in your schematic) to early filter the HF noise. In your case the capacitor value should be ~4.7nF for 600Hz (human move) or lower for higher object speed.

Not the answer you're looking for? Browse other questions tagged amplifier frequency active-filter band-pass or ask your own question.

5
Why does my Sallen-Key 2nd Order High-Pass filter return a square wave? (Beginner question)
8
What is wrong with this butterworth filter, how can it be improved?
1
Inverting op amp frequency response
0
Choosing resistor and capacitor for active filter
0
Filtering received frequency signal
1
Active filter has unintended attenuation for lower frequencies
0
Trouble designing a low pass filter