I have an LED driver that ins't working. i have tried to search for the actual part, and been over to RS to find what I need. 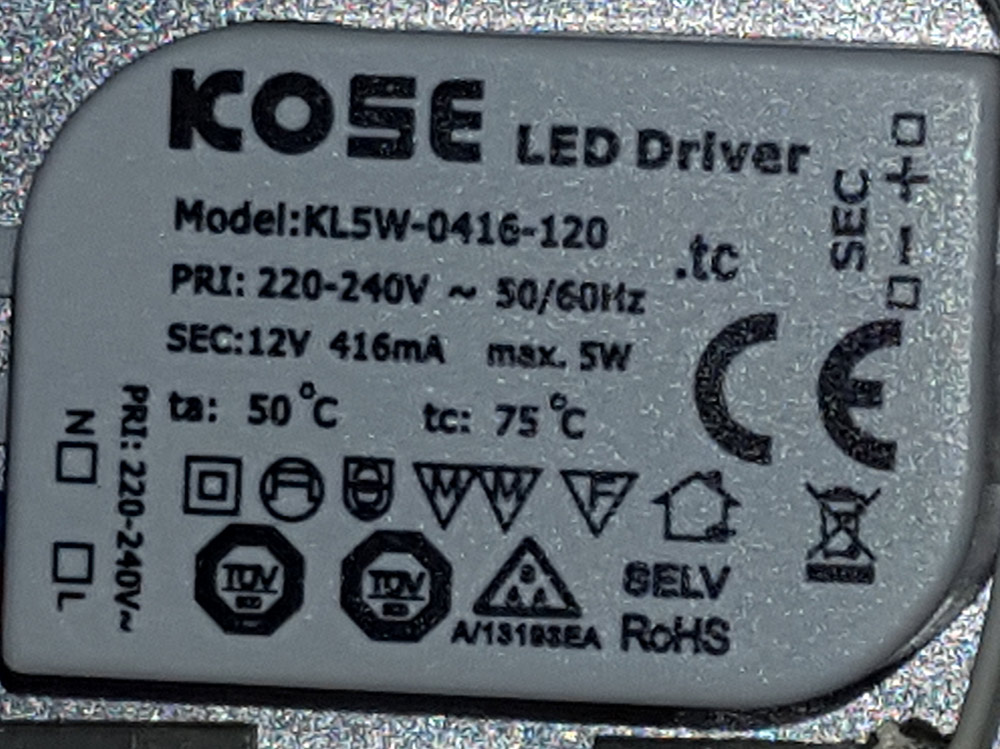 There are two possibilities on RS - but I am not sure if I need the constant current or the constant voltage variety. ([two led drivers on RS])2

It is going to light two strips each with 36 leds in a mirror that was bought from bathstore - who don't seem to want to help.

Can anyone please help?

What I would say is that the pictured LED driver did work for about 3 years. One day the main fuse box went (due to toaster). The LED mirror has never worked since. I have replaced the IR sensor - which now works.

RS is 'radio spares' a place to buy electrical components. The link shows two drivers that I thought might work???? 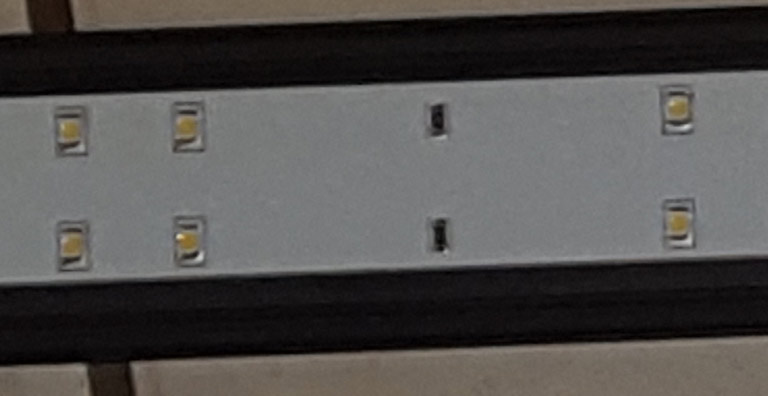 You need to know the voltage input to the LED strip.

Based on this picture it appears there is one current limiting resistor for each three LEDS. What make this more difficult is, in the photo, the ends of the strips are cut off, you say there are 32 LEDs, and the PCB says 36 LED. Three LEDs per resistor makes more sense if there are 36 LEDs (12 resistors) than 32 (10.666 resistors). I cannot see how the strips are wired.

I am going to assume the power supply should be 12V constant voltage. Although a CC driver may (or may not, depends on the value of the resistors) work with one strip. If the strips are wired in series, the pictured driver would not work becasue you would then need 24V.

If the driver does not light up one strip by itself then I would guess the board needs more than 416 mA. 5 watts seems to be very inadequate for even one strip with 36 LEDs. They appear to be high power LEDs like a Cree Xlamp with a 350 mA test current. So the strip may be trying to draw more the 416 mA which drops the driver voltage below 12V and the LEDs do not have enough voltage to light up.

I do not know what RS means.

You need a plain old power supply, not an LED driver.
Power Supply Needed: 12VDC out and at least 1 Amp or 12 Watts.
RS 12V Power supplies