After reading the Fig3 (Asymmetrically pre-damped piezoelectric charger),explanation of its process,i make a schematic(a.) and simulate(c.).However,my simulation and its simulation(d.) are different,i think the time of my switch close or open are right.so i can't find the place i do wrong.

From the first picture,you can find that i use a "vsin" instead of "isin" or "cccs/vccs",this is because i saw a unload wave from another paper,and the PZT output voltage is a sine wave.

Can anyone guess or know where am i wrong? 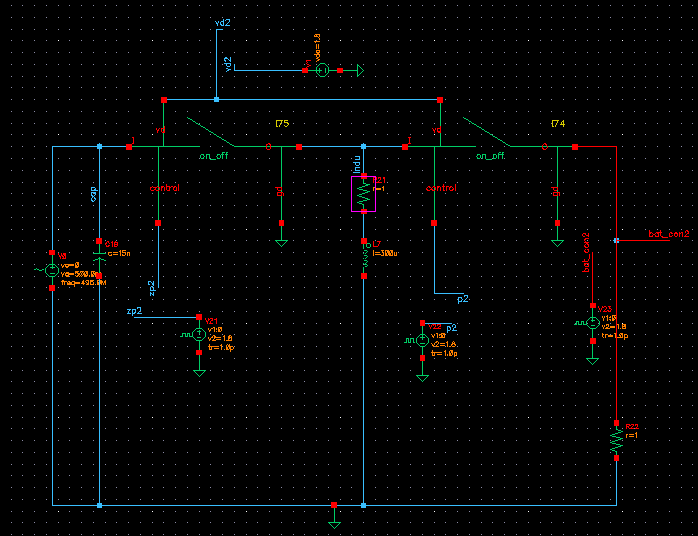 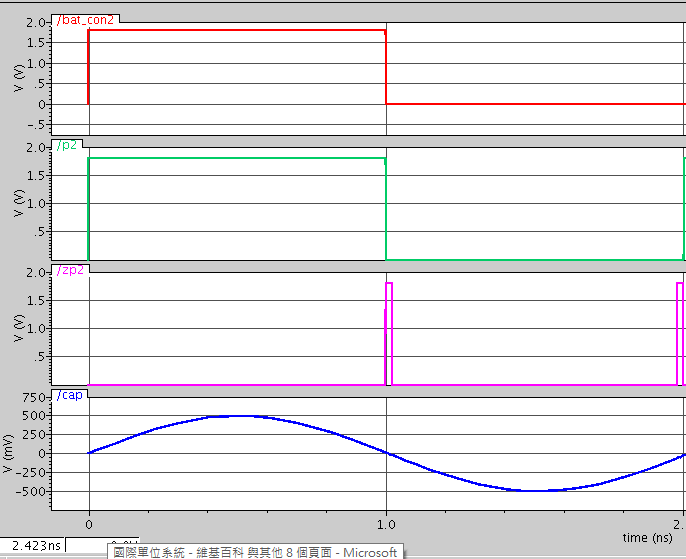 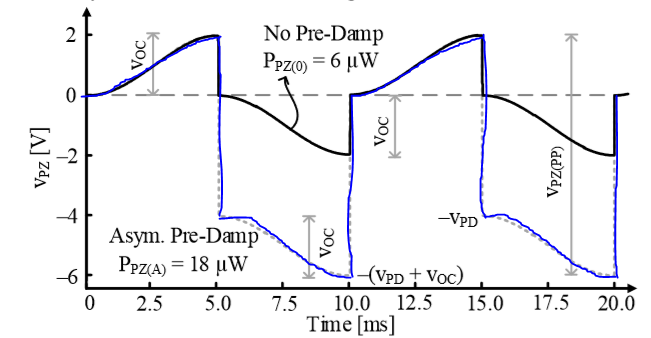 You should really try to keep after the example in the paper. Using a capacitor in parallel with a voltage source is not the same as with a current source -- the first simply shorts out the capacitor due to the internal, ideally null resistance, the other forms an integrator.

Looking at your pictures, it looks like you're using a ns scale, while the paper has ms scale. Also, it looks like you'e using a pulsed voltage for the battery(?) instead of a DC. I don't know where did you get the information about the control voltage, but it doesn't look like any of them should be conducting over a whole half-cycle.

So I gave it a try, guessing the values and timings (edit: I accidentally switched the control voltages, reversed them): 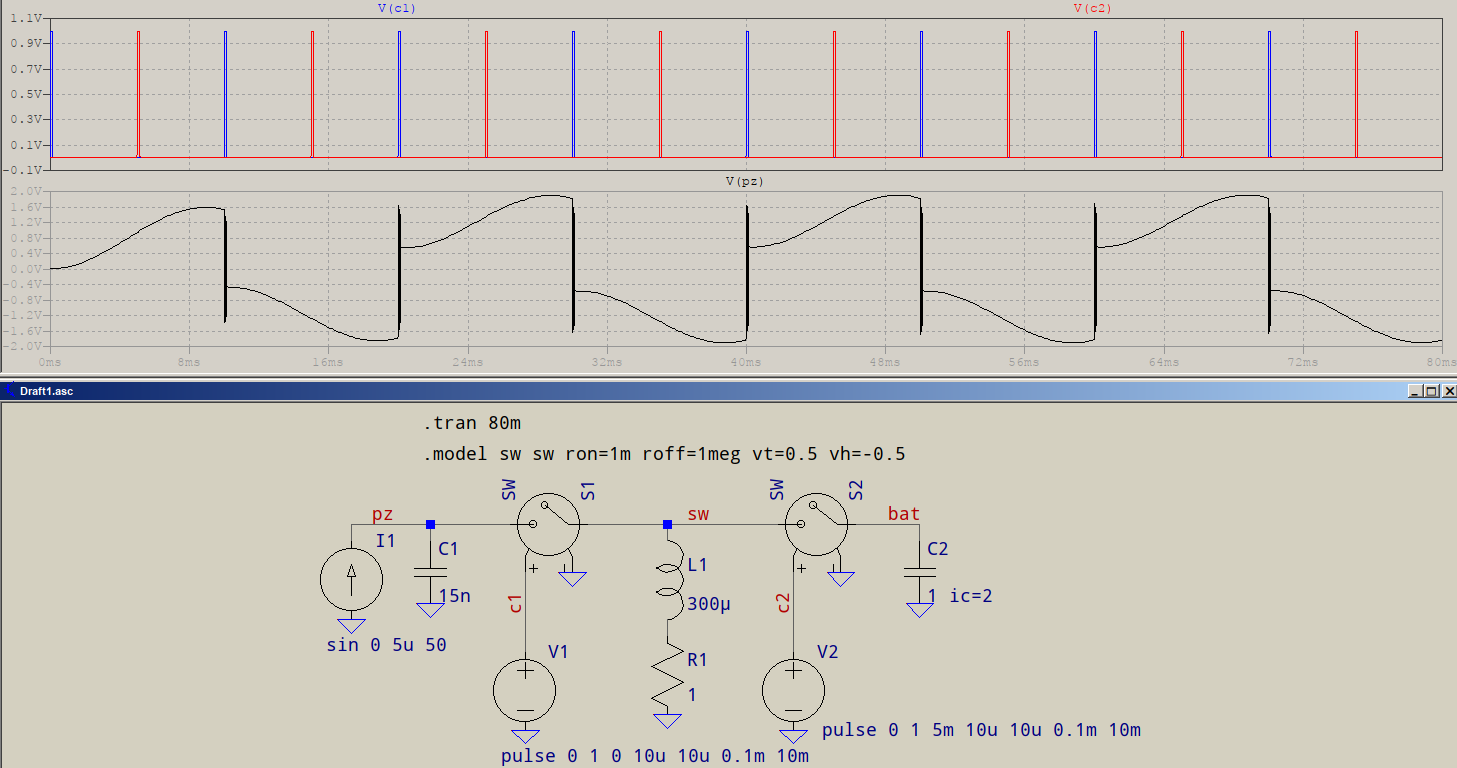 The current is a sine, the battery is simplified as a large valued capacitor, precharged to 2V.

I am using LTspice, you are using something different. It doesn't make sense to search for what I used in your library. Whatever voltage controlled switch your library has, that should be used. Additionally, I have plotted controlling waveforms, explained when the switch turns on and off, described the signal of the current source, I am sorry, but you have all you need to build the schematic. The same way you tried to build it from the picture in the pdf, the same way you can see the similarities between my schematic and the picture. I cannot draw things for you, I don't have what you have.

Still, I redid the schematic and I will describe it, maybe LTspice's interface is so unfamiliar to you that you cannot understand what is drawn (but then I don't understand how you managed to understand the picture in the .pdf):

Not the answer you're looking for? Browse other questions tagged circuit-analysis schematics wave or ask your own question.

0
Simulation is the same as my thinking,but different from the pape r(charging loop)

3
QAM modulation - how data in different frequencies are laid out?
2
How to ensure the two schematic diagrams are equivalent?
0
Why two different coils for one output in this circuit?
0
Simulation is the same as my thinking,but different from the pape r(charging loop)
1
Are these two schematics the same? (Amp circuit)
1
Loop v.s. nodal analysis of periodic circuit network
1
Why do two different multimeters show completely different resistance readings?