Best way to set up a PT100 temperature probe?

I'm looking to build a temperature sensing product and want to use a nodeMCU or similar for the MCU module (something with an analog to digital converter), an LCD a PT100 RTD like the one in this photo: 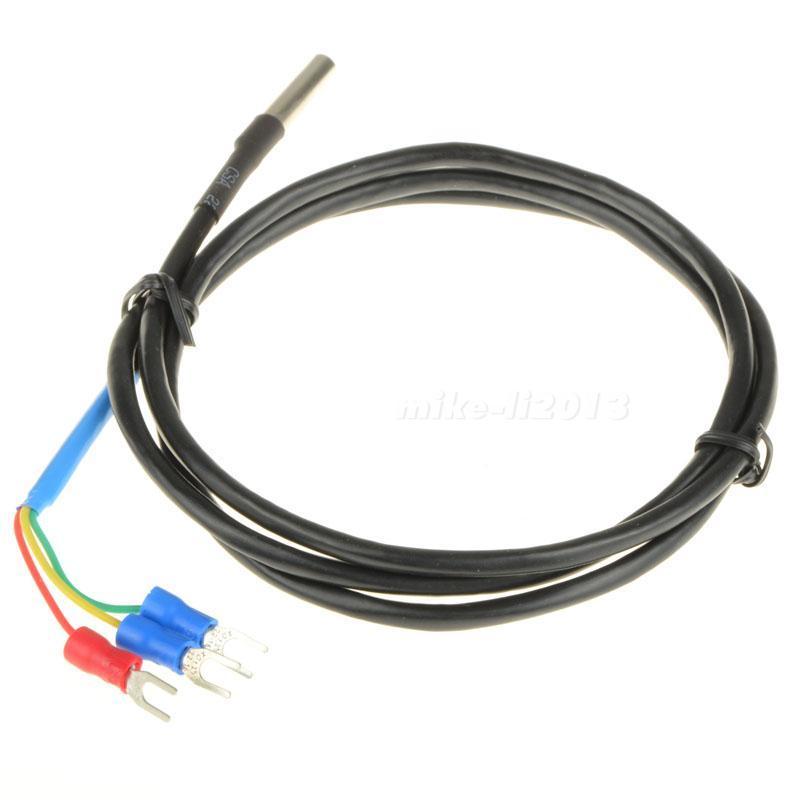 I will need to measure temperature from 200F to 300F approx and I'm trying to find the most cost efficient way to set the PT100 up while still having good accuracy. I've learned some about voltage divider and difference amplifier and such which accompany normal PT100 usage. I would like to spend no more than $7 total on the temp setup, and the PT100 I'm using is already $3 so $4 left to spend on the rest, I'm willing to build some circuits or parts if I have to. to get accuracy within 1 degree F would be nice. Can someone help get me started on the right path? Thanks for any help!

There may be cheaper ways to do it, but if your budget is $4 then that comes in about right allowing a few cents for capacitors etc. and should be pretty straightforward to set up. It'll also be very accurate.

My son had to measure temperature with a picaxe and a thermistor, but what we had on hand was was a PT1000. The catch very low temp slope 0.3%/C

He summed the 10bit reading 16x, increasing the resolution by 4 bits, but only reducing the noise by sqrt(16) i.e. 2 bits.

Years ago I did a statistical analysis of PICs 10bit ADC, I found that it had about 13bit accurate steps i.e. it was useful to average up to 13bits, but not beyond. This is probably true of most modern ADC's I suspect.

When you have a crappily made circuit with poor bypassing capacitors you have this noise. When you then go though and bypass it properly, the noise can disappear and it stops working.

A histogram of the number of points between the 10bit major steps shows you if it is working: if there is an even distribution you have enough noise, but if the values are crowded around the 10bit points, you don't.

Or you can do the proper thing and put in some gain. The gain (R4) depends on the temp range, ADC range, and opamp output voltage range. 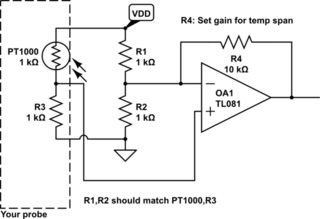 Not the answer you're looking for? Browse other questions tagged nodemcu temperature or ask your own question.