Understanding topology for EMI supression in a power supply

I am using an isolated DC/DC converter to supply a MOSFET's gate drive, in a high frequency and high voltage application, so I am concerned about the EMI in my design.

In the website of the manufacturer, I could find this document that has a suggestion of external EMI filter (page 3 and shown below), but I am having some difficult to understand the suggested topology:

Usually, it is desired a low capacitance between primary and secondary of a isolated power supply. So the use of C2 sound a little bit strange for me in the first time, but I guess that it works like a shunt for the EMI, avoiding it to pass through the power supply. The use of the inductor L1 in series with C2 will create a high impedance for the conducted noise, making noise current flow very weak.

Even if my analysis makes sense, it does not seem to enough for EMI suppression. I usually see some sort of dissipative element to “burn” the EMI energy, like resistor or ferrite bead. So, in this circuit, the EMI will only be redirected to the input side, not dissipated. In addition, even if the EMI current has low amplitude (due to the filter attenuation) the non isolated side usually has sensitive devices, so it doesn’t sounds good to redirect the high frequency noise to this side. Would not it be better if it was shunt to another part of circuit and use a bead to dissipate it energy?

Can someone clarify what I am missing in the circuit's analysis?

The cap provides a return current path for leakage capacitance from primary to secondary side. L1 is not involved in this. This current will flow one way or another whether the cap is installed or not. Installing the cap allows you to reduce the loop area drastically from what it could potentially be without the cap installed. 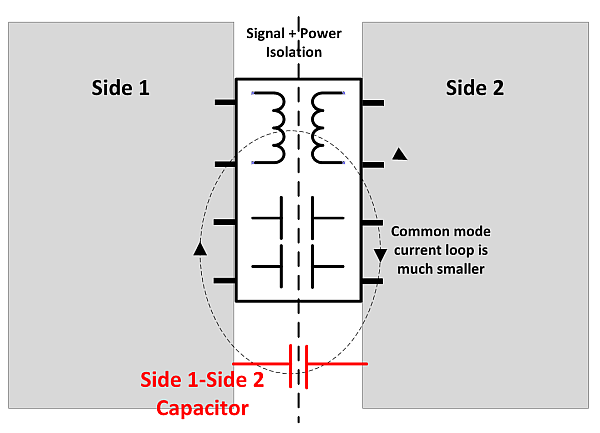 If you want additional EMI mitigation you can install common mode chokes on the input and output cables. Here is more information in the EDN article that the picture comes from.

EMI is of two forms Conducted and Radiated 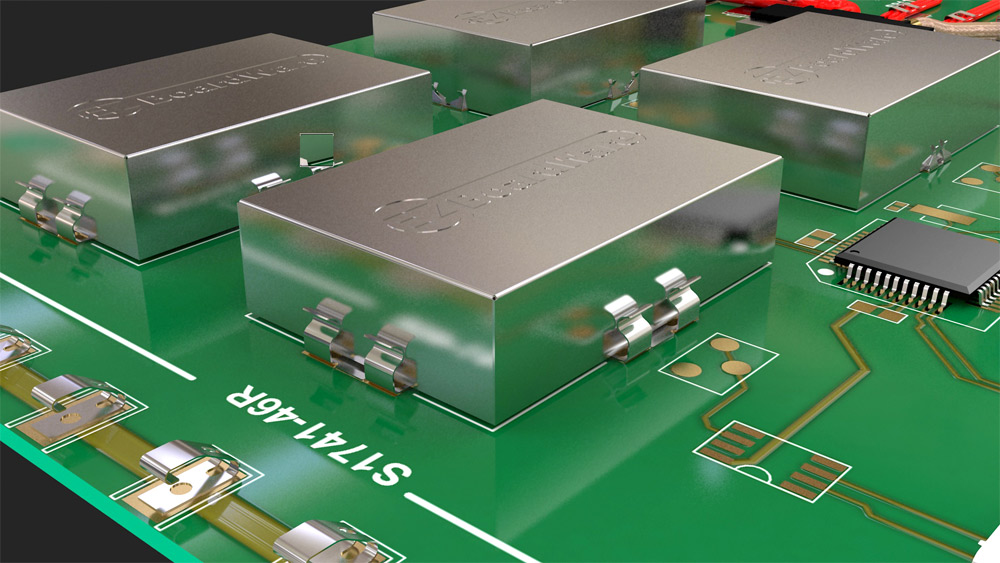 Will focus on CM & DM

Common Mode noise flows in same direction on both power conductor (via Positive and Negative) and returns via Earth (Physical earth).

This CM noise can be supressed by adding inductor in series with the line (In our case its same CM Noise.

Further it can be reduced by adding Y-Capacitor, which is connected between Positive to physical earth and negative to Physical earth (PE) 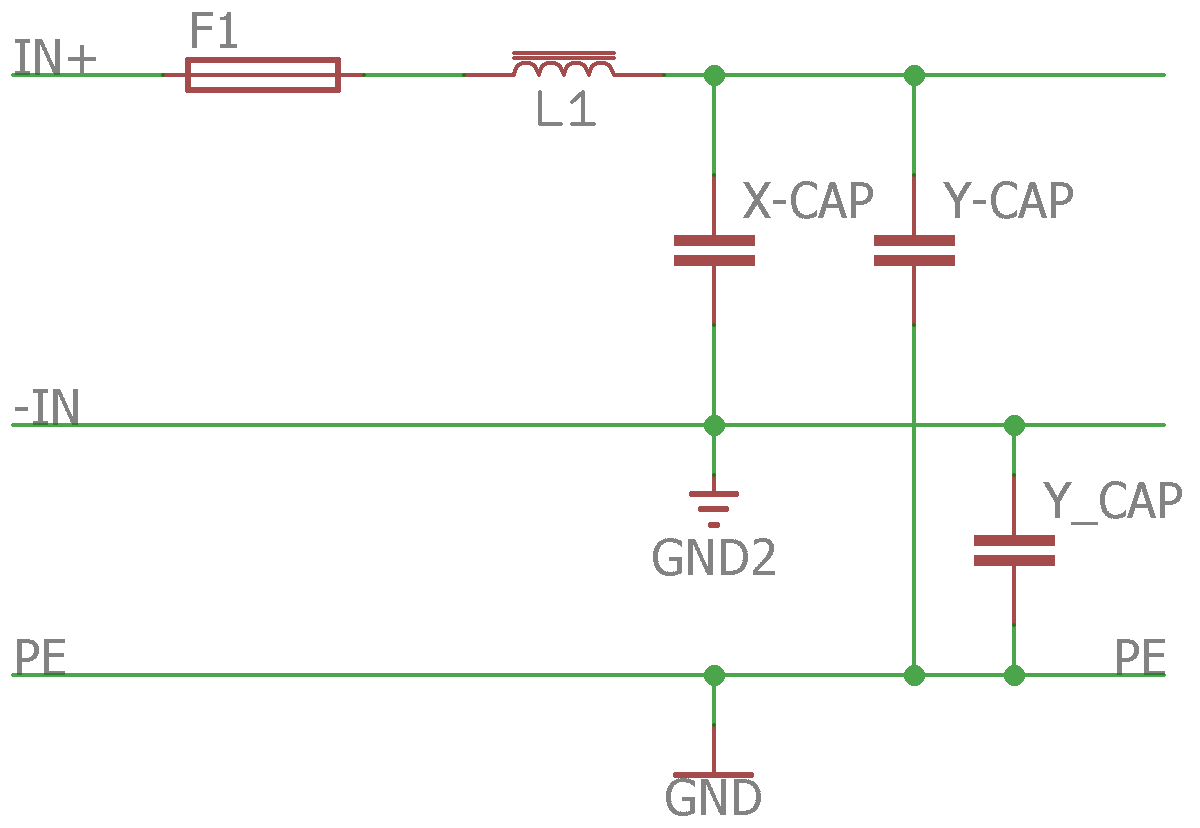 Differential mode noise is one which flows through one line returns via another line (Flows through positive and return via negative.

This can be eliminated by adding DM choke and X-cap. X- cap connects between two line.

The one shown here is CM noise filter which is suggested by manufacturer and usually manufacturer will suggest the values for filter components. If not its little tricky to calculate those values of Inductor, CMC, X,Y-Cap.

The concept behind multiple stage filter is to achieve higher noise immunity. Each stage will be tuned to suppress particular band of noise.

Important: Please make sure that you are choosing right voltage rated and type of capacitor.

The capacitors shown above are Film capacitor (usually called as box cap) which will be rated for higher voltage in the range of Kilo Volts, and its also risky to use these if there is any fault it will directly bring line to physical case (PE)

Not the answer you're looking for? Browse other questions tagged switch-mode-power-supply emc emi-filtering or ask your own question.

1
Does a capacitor remove DC offset between grounds?