Yes,i have seen all those similar questions of this topic and I am still confused about few concepts.So far i have been taught that an simplified OP-AMP circuit looks like this--------------

So,thinking about input bias current in that circuit here are some confusions-------

1)In a Youtube video i was told that input bias current enters/leaves from both inverting and non-inverting terminal at the same time...and they are equal,How?

But what if the source voltage changes along with the source resistance in that term the bias current also has to change(Below is my note,about what i mean to say)----- 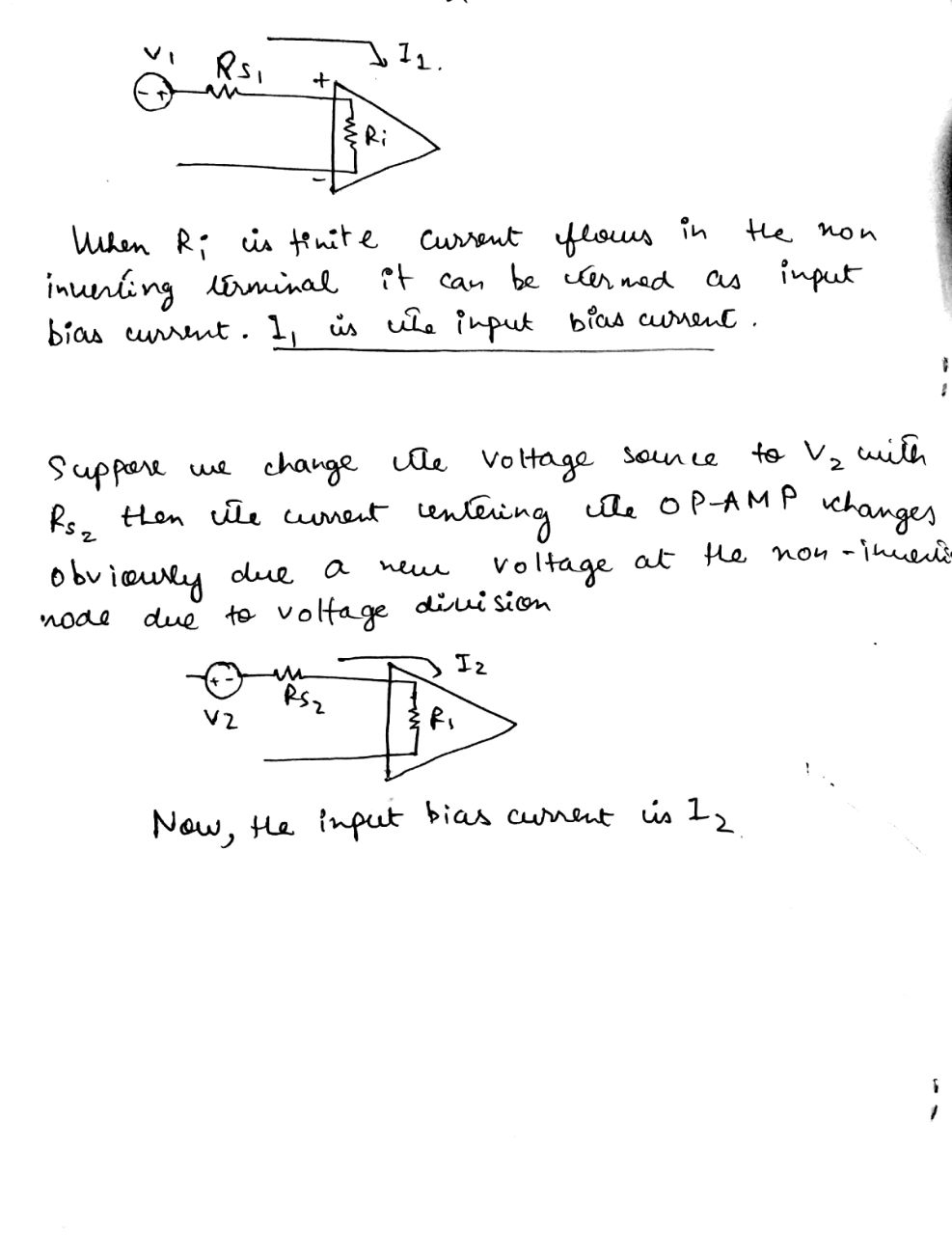 Bias current is the typical/max current that can be assumed to flow at both input terminals.

Offset current is the typical/max difference in the bias currents.

When multiplied by any series resistor on inputs, bias current gives you the typical/max voltage that each input might settle to due to its bias current.

If an opamp has a large resistor between output and -ve input, and the same value resistor from ground to +ve input to compensate, then the offset current times that resistor value gives you the typical/max output voltage to expect from the imbalance in bias currents.