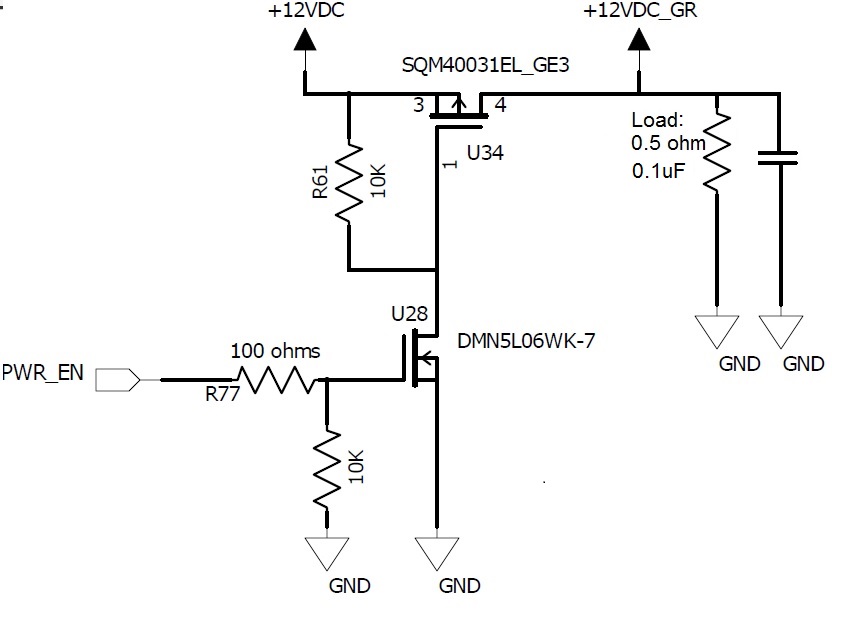 When I enabled the switch, I measured the following voltage drops across +12VDC & +12VDC_GR. The yellow line is +12VDC (my source voltage) and the blue line is +12V_GR (my 0.5ohm load). As you can see, the +12VC has a sudden drop followed by a ripple. 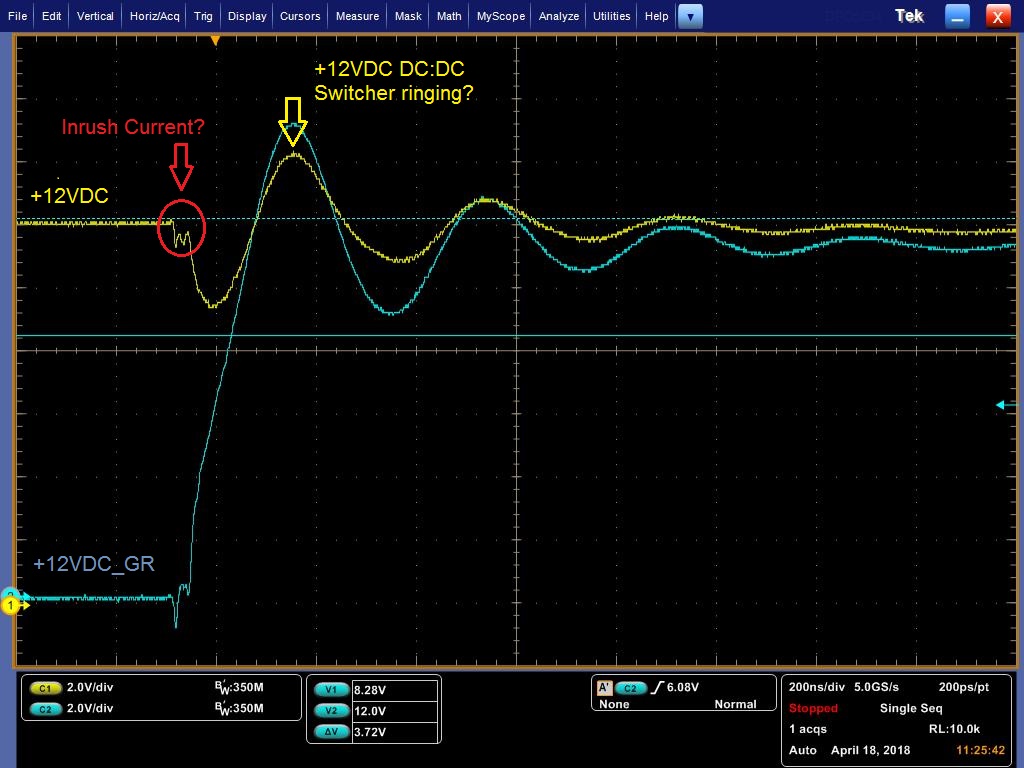 I assumed this was caused by inrush current on my load, but when I removed the load and tried it again, I got an almost identical result: 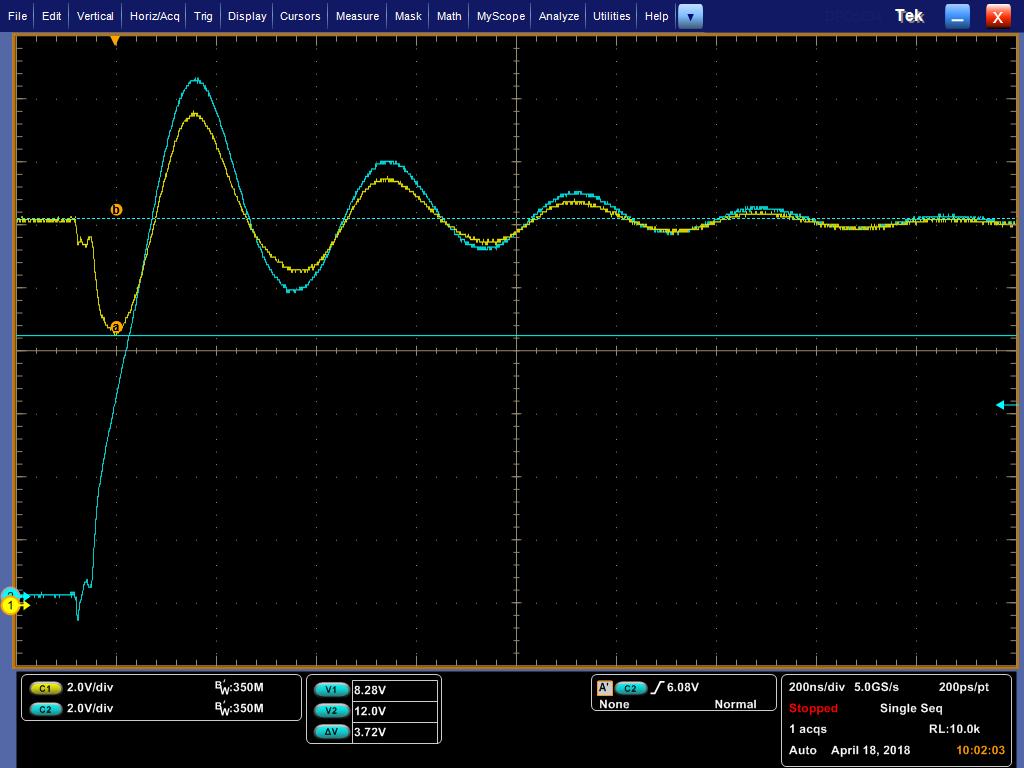 I'm hoping someone in the community can give me some insight into what is going on/fix the issue:

It looks like your power source is on the verge of instability. Could start oscillating anytime, and you will have a bigger problem.

Keep in mind that the SQM40031EL has about 30 nF input capacitance, which can provide a good impulse kick (~30 ns) when the control transistor U28 turns on. As result the input has the same drop of ~1 V in both cases, with load, and without it. The rest is the reaction of PSU to the step load.

As a matter of fact, this kind of step load test is a must for checking stability margins of power supplies.

Not the answer you're looking for? Browse other questions tagged mosfet switches inrush-current or ask your own question.