I pulled a handful of electrolytic capacitors from a PCB and checked their capacitance on a multimeter. The number was not stable, but it also didn't average about some central value but rather steadily decreased. I didn't measure it for too long since the monotonic decrease was only a percent or so of the original value. Is this normal? Is this indicative of a bad capacitor? I included a bunch of relevant data below, the time table, the corresponding plot, and the first and last image I shot on my phone. 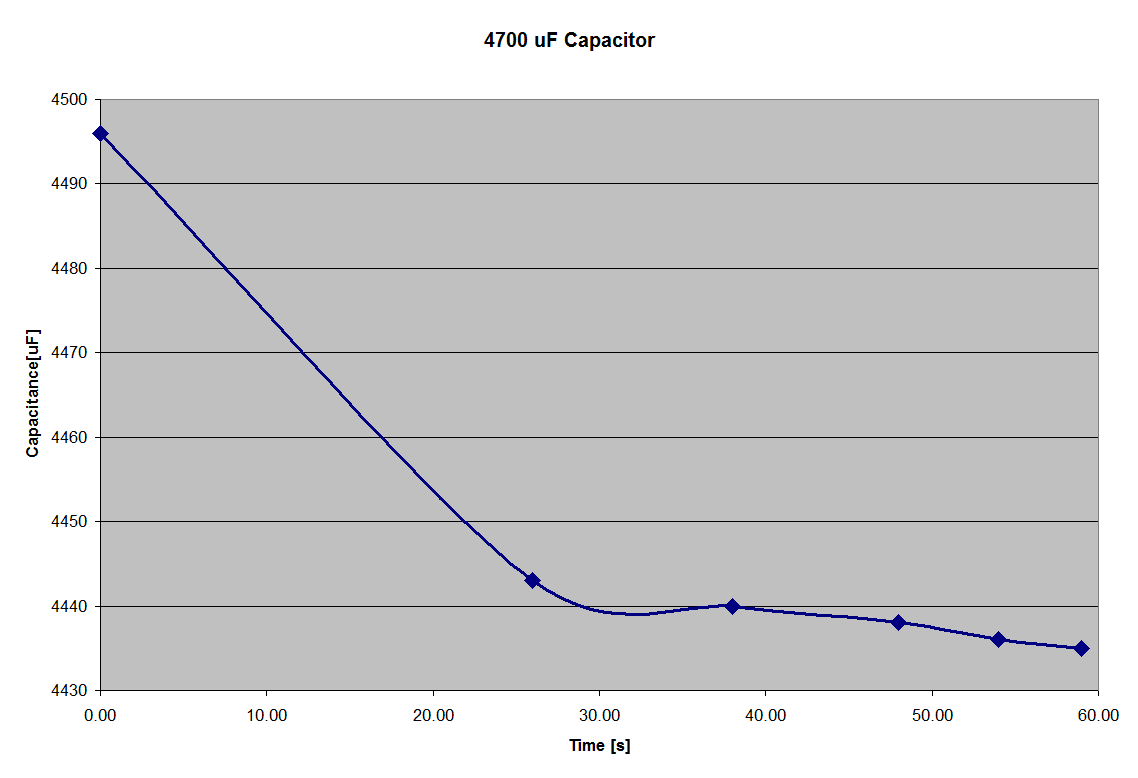 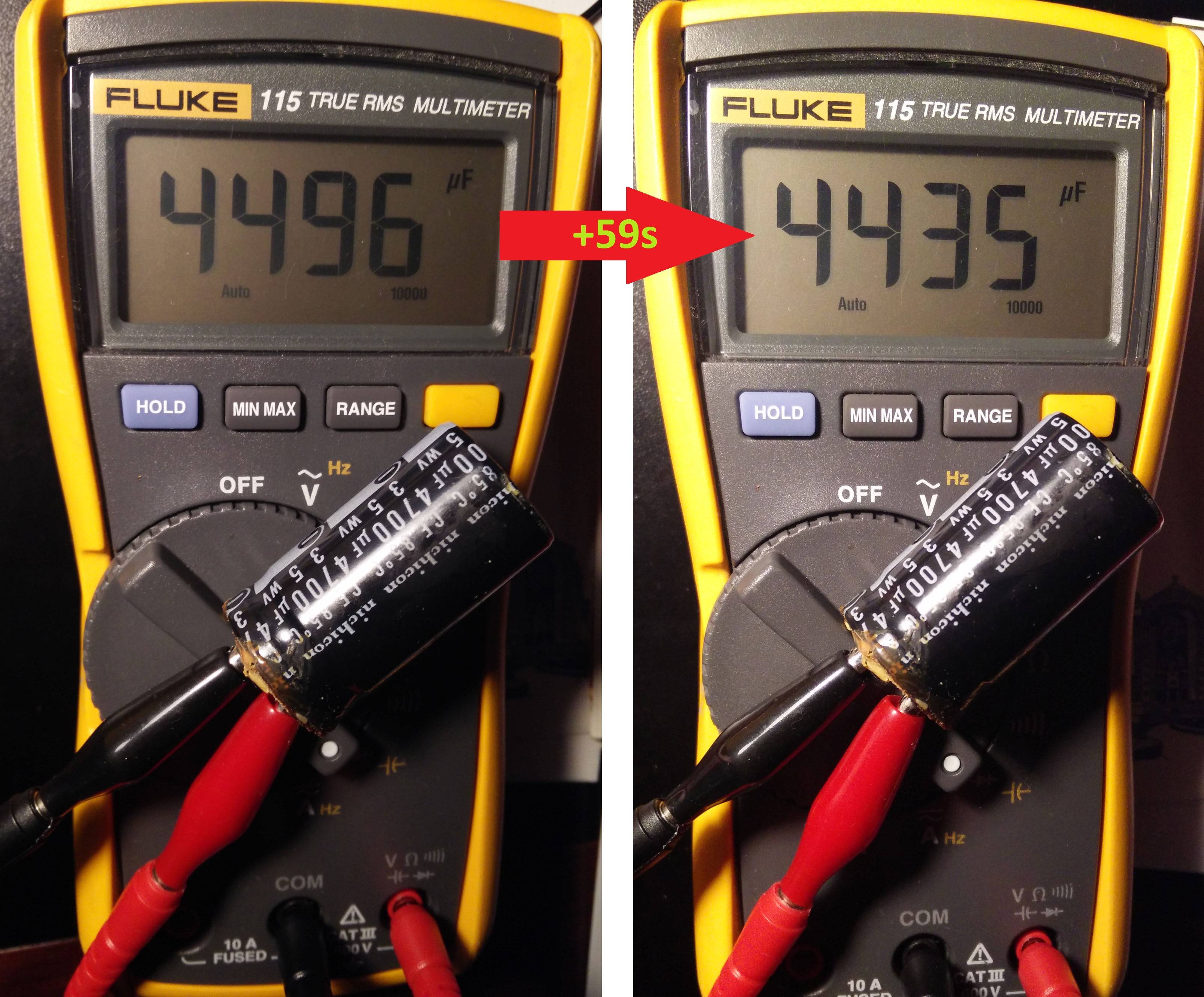 Electrolytic capacitors have an electrolyte similar to a re-chargeable battery, but designed to instantly charge and discharge. In testing large values with a DVM it is the DVM supplying the current, thus the reading changes by a small amount as it charges up.

Like batteries capacitors do age in the sense the electrolyte breaks down at a microscopic scale, which expands with time. To maintain the shelf life of high-value capacitors it is good to charge them up every ten years or so. For a short time the leakage current is a bit high, but a good capacitor will recover with time and have much lower leakage.

You may find very old capacitors that will not hold a charge for anywhere near the expected time. The electrolyte has gone bad over large areas, basically turning into metallic salts, thus shorting out any charge.

You may find very old capacitors with a fraction of their original value. This is due to oxidation of the conductor (usually film) and is made worse if the capacitor has high AC or DC voltage applied for months or years non-stop.

This is a sign of a capacitor that did not have an air-tight seal from the factory. A conductor exposed to air and high-voltage disintegrates fast, less than a year. I will not name any names but there are those who make 'cheap' quality capacitors, with latent failures common.

NOTE: Batteries and capacitors are NOT the same chemically or design wise. Capacitors do not have a chemical reaction to produce current, as batteries do. If a capacitor has 'electrolytes' it is to enhance its storage ability, combined with certain dielectrics. A battery can produce current from the moment it is made, but a capacitor must be charged up. The total long term energy storage of a capacitor is a fraction of a battery of the same size.

Not the answer you're looking for? Browse other questions tagged capacitor electrolytic-capacitor or ask your own question.